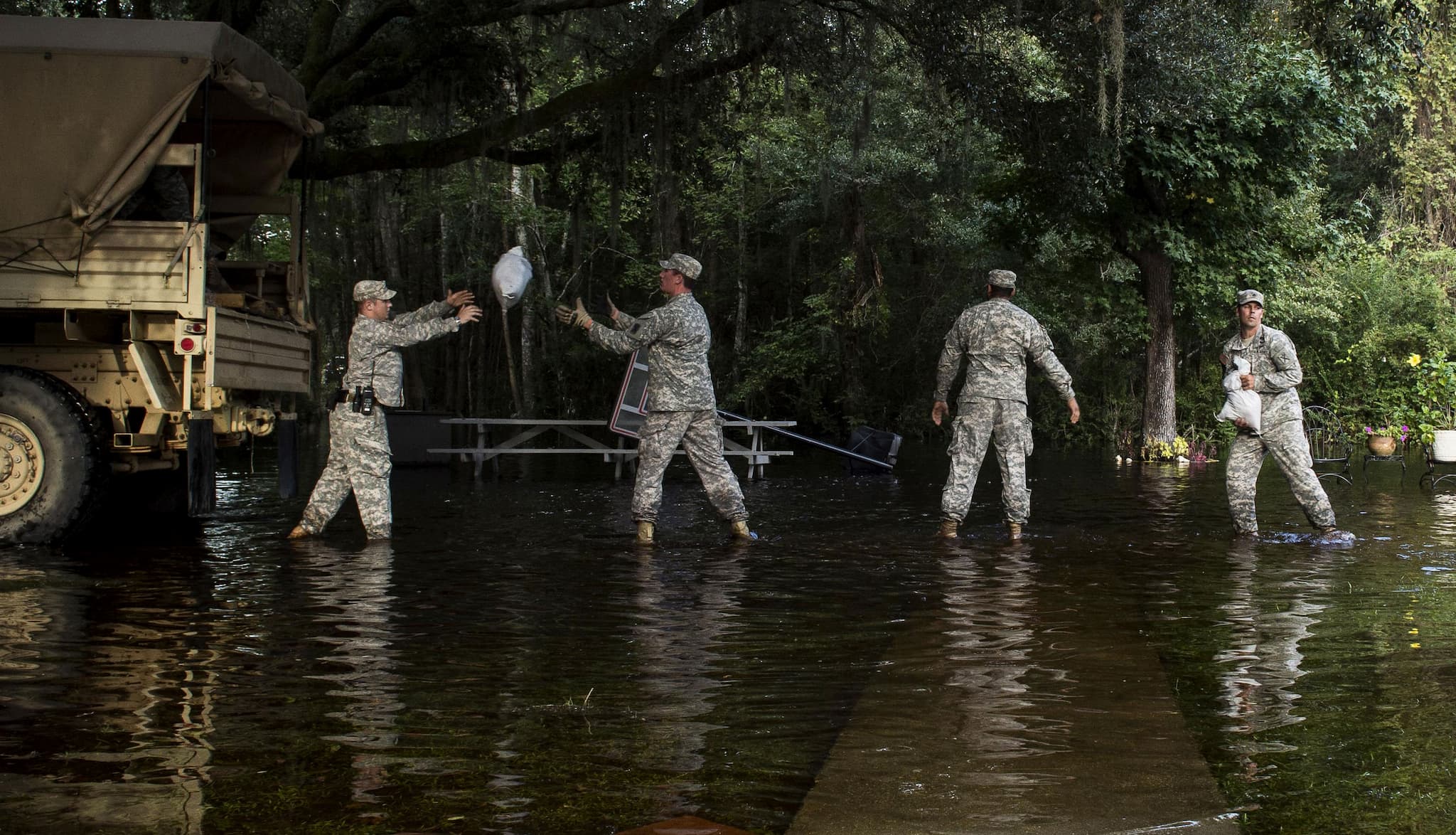 The U.S. Military Now Has the Money It Needs to Prepare for Climate Change

The National Defense Authorization Act included some money to help the military get ready for a warmer future.

The National Defense Authorization Act included some money to help the military get ready for a warmer future.

NOT ALWAYS A HOAX. Climate change isn't just an environmental or political issue — it's a defense issue, too. And despite President Donald Trump's skepticism on climate change, Congress is making sure the Department of Defense is ready if (or when) our worst predictions about climate change come true.

On Monday, President Trump signed into law the John S. McCain National Defense Authorization Act for Fiscal Year 2019. The $716 billion military spending bill funds the military's operations, everything from the nation's nuclear weapons programs to a pay raise for troops. It also includes funds to help the military prepare for climate change.

PRIOR PREPARATION. The military spending bill splits its focus on climate change across two areas.

The first involves preparing the military's installations for climate change. According to the bill, the military must create special mitigation plans for any new installations that could be affected by floods. It must also incorporate the National Academies of Sciences's (NAS's) climate-change research into any plans to design new buildings or modify older ones. The bill also expands the military's authority to improve critical roads on the outskirts of bases that a rise in the sea level or recurrent flooding could render impassable.

The second area involves preparing the military to deal with the consequences of Arctic ice melt. As this ice melts and traffic in the region increases, security issues could arise as nations compete to exploit newly accessible resources. So the bill provides funding to update the U.S.'s Arctic Strategy to include any new security threats. Permafrost thaw has already damaged one munitions maintenance facility in Alaska; the bill includes funding to replace that and assess the potential for future damage caused by permafrost thaw.

While President Trump didn't mention climate change while signing the National Defense Authorization Act into law on Monday, the fact that he did sign it means that at least some of the country's infrastructure will be prepared for climate change.

READ MORE: The Energy 202: How to Get Trump to Sign Climate Legislation? Put It in a Defense Bill. [The Washington Post]

More on climate change: Here’s What the Experts Make of Trump Removing Climate Change From the National Security Strategy