The stark reality of the situation may trump politics. 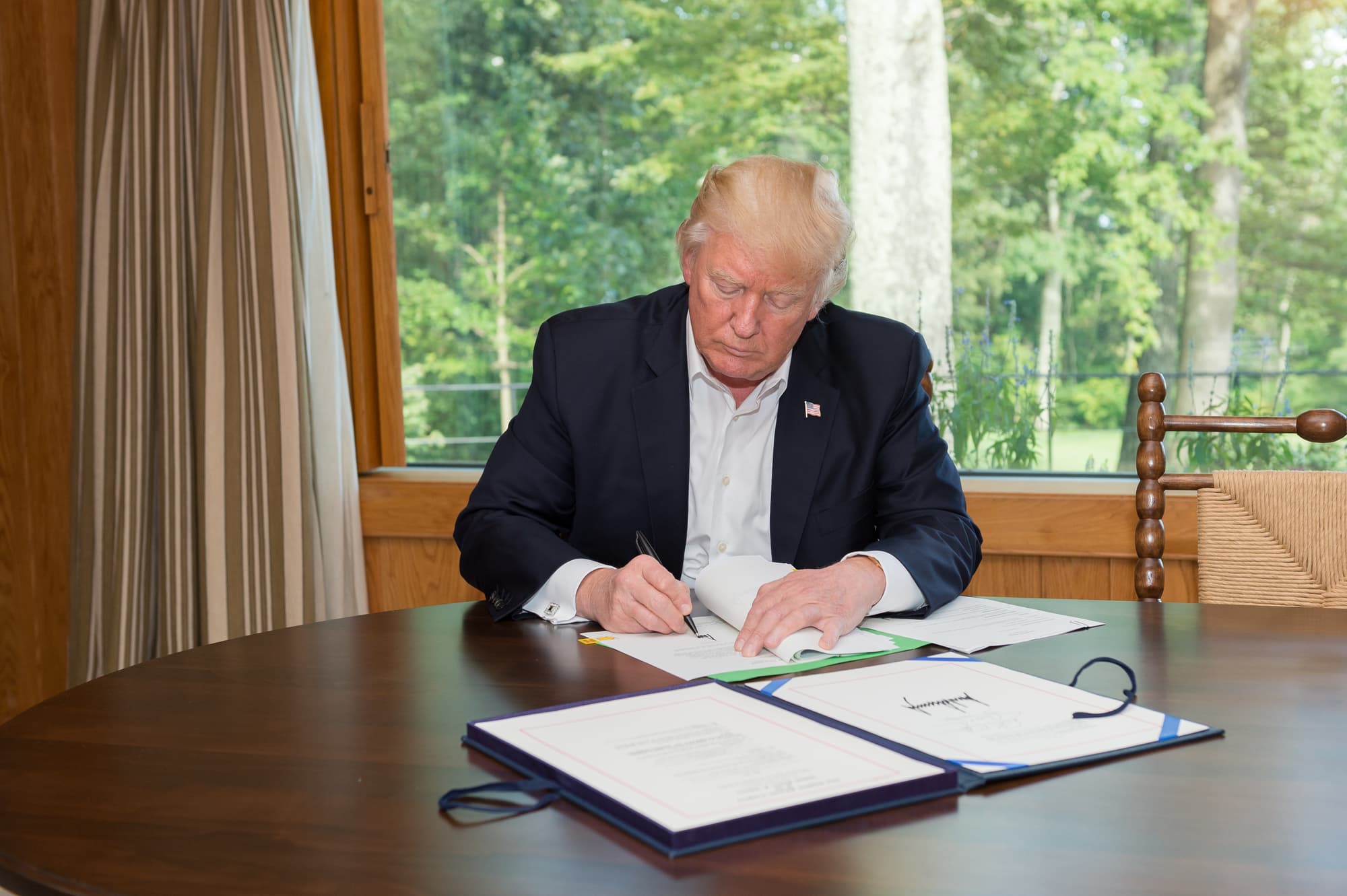 The Trump administration recently announced an update to the National Security Strategy (NSS) that removed climate change from the list of threats. The document instead focuses on threats from economic competition and border security, and emphasizes that fossil fuels will be necessary in developing countries to "power their economies and lift their people out of poverty."

Unfortunately, this move did not surprise experts.

"The Trump Administration's failure to list climate change as a national security risk is consistent with its general tendency to dismiss climate change as a problem," said David Konisky, Associate Professor in the School of Public and Environmental Affairs at Indiana University, to Futurism. Listening to Trump discuss climate change over the course of his campaign, often with scorn and ridicule, has worried environmental advocates long before the first votes were cast in 2016.

Since taking office President Trump has taken steps to roll back many of the environmental progress made by his predecessor. One of the most high-profile decisions made thus far by the administration was to remove the United States from the Paris Climate Agreement. The administration is also working to bolster the fossil fuel industry by opening up areas of protected land to coal mining or oil drilling projects.

Futurism reached out to experts to get their take on this seemingly monumental shift in environmental policy. The response, however, may not be what you're expecting.

When asked about the potential impact of this omission, Shana Udvardy, climate preparedness specialist with the Climate & Energy program at the Union of Concerned Scientists, said that "it's possible that it won't likely have much effect."

Udvardy went on to explain that the President's NSS is a set of recommendations from the Commander-in-Chief, which will mainly impact priorities and budgets. Rather than the list's direct impact, she is more concerned with the intentions the move expresses.

"I think what's more sobering to think about is that this is a signal to the international community," Udvardy said. "[It's] yet another reminder that the United States will not be acting on climate change and working to combat climate change."

Konisky echoed that sentiment. "Regardless of the ... national security strategy, I imagine the Department of Defense and other government agencies responsible for national security will continue to account for the risks of climate change," he said. "They are much more concerned about the reality of the problem than the politics."

It seems that despite the President's apparent efforts to derail environmental gains made by President Obama, the stark realities that we are facing will end up trumping politics. After all, Congress did list climate change as a direct military threat in the National Defense Authorization Act, a bill which the president himself signed this year. Additionally, thanks to the efforts of states and organizations around the country, the United States is still on track to meet its Paris Climate Agreement goals for this year.

Read This Next
Sundowned
Mexico Bans Startup From Future Solar Geoengineering Experiments
Knew It All Along
Exxon Scientists Knew About Global Warming for Decades While Company Denied It
Futurism
Stanford Scientists Warn That Civilization as We Know It Will End in "Next Few Decades"
Fusion vs Fiction
Gloomy Physicists Say Nuclear Fusion Breakthrough Is Too Late to Save Us
Sun Shield
Scientists Increasingly Calling to Dim the Sun
More on Earth & Energy
His Power
9:17 PM on the byte
Scientists Develop Compound That Kills So Efficiently They Named It After Keanu Reeves
Dishonorable Disc...
Yesterday on the byte
Scientists Alarmed by Video of Deep Sea Mining Company Spewing Waste Into Ocean
Save Yourselves
Feb 5 on the byte
Furious Marsupial So Thirsty For Sex That It’s Dying, Scientists Warn
READ MORE STORIES ABOUT / Earth & Energy
Keep up.
Subscribe to our daily newsletter to keep in touch with the subjects shaping our future.
+Social+Newsletter
TopicsAbout UsContact Us
Copyright ©, Camden Media Inc All Rights Reserved. See our User Agreement, Privacy Policy and Data Use Policy. The material on this site may not be reproduced, distributed, transmitted, cached or otherwise used, except with prior written permission of Futurism. Articles may contain affiliate links which enable us to share in the revenue of any purchases made.
Fonts by Typekit and Monotype.