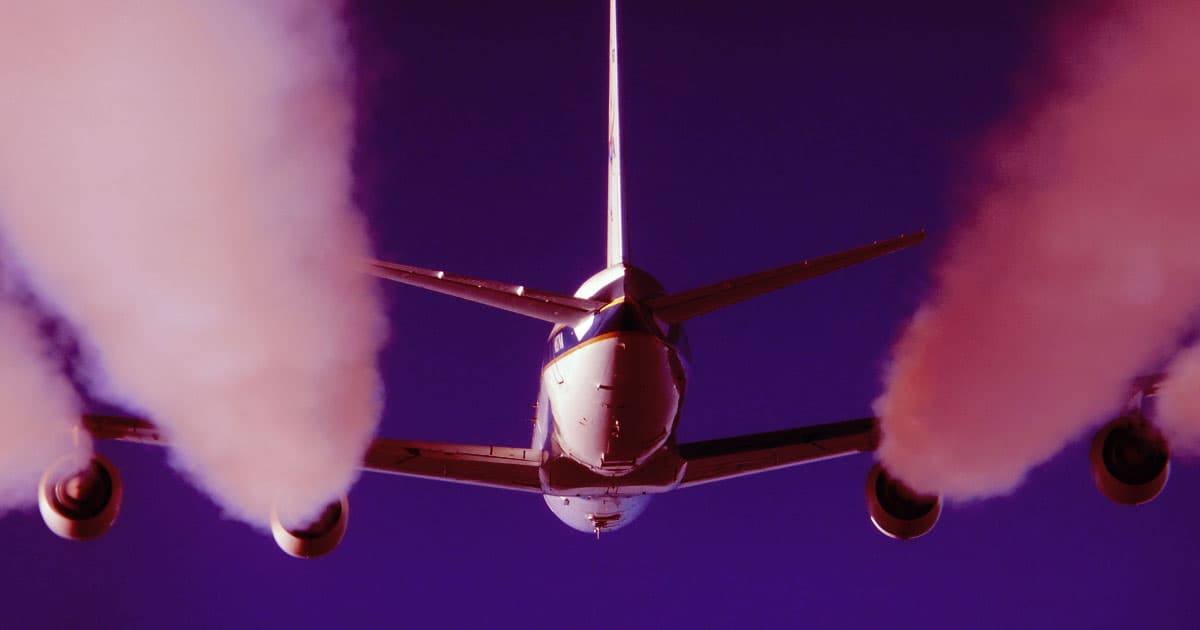 Airplane Contrails Might Actually be a Problem for the Environment

The heat trapped by contrails will triple by 2050.

The heat trapped by contrails will triple by 2050.

Those chemtrail conspiracy theorists may have been right about something, though not for the reasons they think. According to a new study, the contrails of exhaust fumes and soot given off by airplanes could be shaping the weather by contributing to climate change more than previously thought.

That's where any similarities to the baseless chemtrail conspiracy theories end, though. The new study, published Thursday in the journal Atmospheric Chemistry and Physics, focuses on the warming effects of the short-lived clouds formed by aircraft. It reveals that air travel harms the environment in ways scientists have only begun to explore.

"The non-CO2 warming is the elephant in the room," transit expert Bill Hemmings told New Scientist.

"The attitude has been that there are uncertainties, so let’s sit on our hands and do nothing."

READ MORE: It turns out planes are even worse for the climate than we thought [New Scientist]