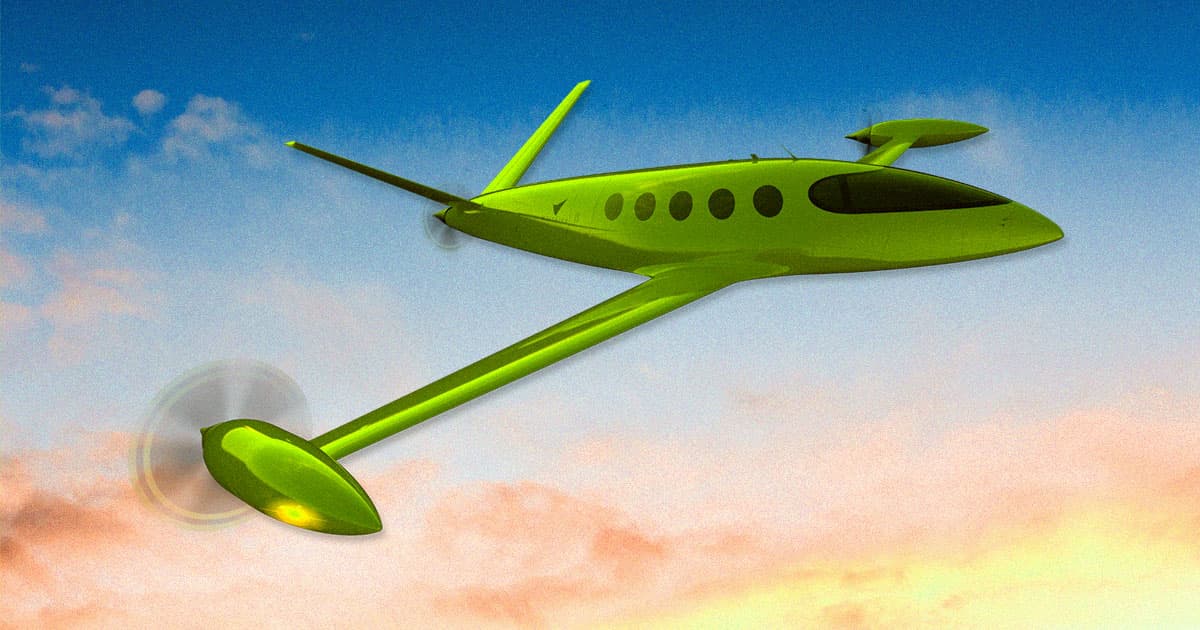 We've Never Been This Close to Making Electric Flight a Reality

This nine-seater electric plane could cut fuel costs by a magnitude of ten.

This nine-seater electric plane could cut fuel costs by a magnitude of ten.

Israeli startup Eviation Aircraft made a big splash at the Paris Air Show last week with a prototype of their $4 million commercial electric airliner, the Alice. The early success of the company — which has already sold a "double digit" number of orders to a U.S. regional airline — could represent a turning point in aviation, drastically cutting both emissions and the cost of fuel.

The aircraft can carry up to nine passengers for up to 650 miles at 10,000 feet. According to the BBC, a 100-mile flight usually would cost $400 worth of conventional plane fuel. Alice would only need "between $8 to $12" worth of electricity CEO of the firm that's supplying the motors Roei Ganzarski told the BBC.

Aviation alone is responsible for anywhere between two and three percent of global emissions. Plenty of nations, primarily in Europe, have already committed to switching to electric flights.

But according to Ganzarski, it's not about the climate. "We're not an environmentalist company, the reason we're doing this is because it makes business sense."

Eviation Aircraft isn't the only player in the game. Heavyweights like Rolls-Royce and Airbus are also working on electric airliner technology. Rolls-Royce is planning to beat the current speed record of electric flight by reaching a top speed of at least 300 mph in 2020.

Meanwhile, an Australian company managed to keep an all-electric plane in the sky for a whole hour last year.

Eviation is planning on testing its Alice aircraft in Washington state later this year, aiming for Federal Aviation Administration certification by late 2021 or early 2o22.

READ MORE: Why the age of electric flight is finally upon us [BBC News]

Airbus, Rolls-Royce and Siemens Announce New Partnership to Build an Electric Airplane
11. 28. 17
Read More
Stem Ware
Scientists Discover World's Oldest Preserved Vertebrate Brain
9:45 PM
Read More
Year of Efficiency
Zuckerberg Says Facebook Will Lean Hard Into AI
8:58 PM
Read More
+Social+Newsletter
TopicsAbout UsContact Us
Copyright ©, Camden Media Inc All Rights Reserved. See our User Agreement, Privacy Policy and Data Use Policy. The material on this site may not be reproduced, distributed, transmitted, cached or otherwise used, except with prior written permission of Futurism. Articles may contain affiliate links which enable us to share in the revenue of any purchases made.
Fonts by Typekit and Monotype.