The plane's pair of lithium-ion batteries can keep it in the air for about an hour. 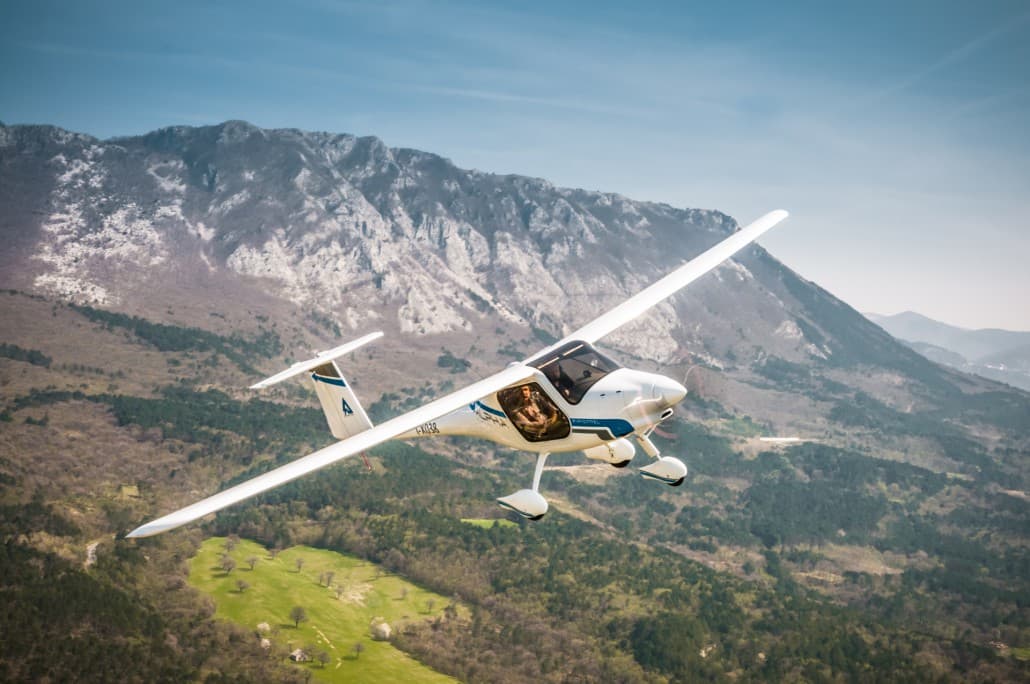 As the world prepares for an all-electric vehicle (EV) future and numerous countries plan to do away with combustion-engine cars, it comes as no surprise that the next EVs are airplanes. The recent test flights of a single-engine electric plane in Australia is an example of this transition.

Slovenian light aircraft manufacturer Pipistrel flew the two-seater airplane dubbed "Pipistrel Alpha Electro" over an airport in Perth for the first time on Jan. 2. Pipistrel has a history of crafting innovate planes, including some powered by hydrogen fuel.

This plane runs on two lithium-ion batteries, like those in Tesla's EVs, that can keep it in the air for an hour, with some 30 minutes of extra power in reserve. The batteries can supposedly give the plane 1,000 flying hours in total over their lifetimes. A supercharger based in Jandakot Airport can supply the Alpha Electro with a full charge within about one hour.

To bring electric planes to Australian skies, Pipistrel is working with local startup Electro.Aero. The two companies recognize the advantages electric planes have over conventional ones, said Joshua Portlock, founder of Electro.Aero. "Electric propulsion is a lot simpler than a petrol engine," Portlock told ABC. "Inside a petrol engine you have hundreds of moving parts."

Not so with this electric plane, which is also cheaper to fly compared to aircraft that use jet fuel. To run the Alpha Electro's engine, for example, costs only about $3 an hour. The plane efficiently uses electricity, needing only 60 kilowatts of power to take off and only 20kW to cruise, where it glides almost as silently as an electric car.

Furthermore, flying electric is considerably cleaner than using fossil fuels. That's especially crucial in today's fight against climate change, as the aviation industry is said to be among the largest contributors in carbon emissions, from the more than 20,000 planes used all over the world. Thankfully, Electro.Aero and Pipistrel aren't the only companies working on electric planes. A U.S.-based startup is working on a budget passenger plane that's all electric.

Electro.Aero hopes to hook up a charging station for electric planes to the solar array near Rottnest Island airport, which could allow electric air-taxis to ferry small groups of up to five people to the island.

Read This Next
LIDARally
Volvo's New Electric Car Won't Drive if It Detects That You're Drunk
Charged Up
Startup Says Amazing New Battery Lets EVs Drive 400 Miles, Recharge in 15 Minutes
Shots Fired
Ford CEO Mocks Tesla For Rolling Out Half-Finished Autonomous Driving
Poor Comms Team
Volkswagen Says It Lied to Reporters About Name Change
Weather Advisory
It's So Cold, Even Teslas Are Freezing Shut
More on Advanced Transport
Netflix and Drive
Monday on futurism
Mercedes Claims to Have Achieved Level 3 Automation, Beating Tesla
Battery Trouble
Monday on the byte
Tesla "Spontaneously" Bursts Into Flames While Driving Down Freeway
High Tide
Jan 27 on the byte
We’re in Awe of Amsterdam’s Huge Underwater Bike Parking Garage
READ MORE STORIES ABOUT / Advanced Transport
Keep up.
Subscribe to our daily newsletter to keep in touch with the subjects shaping our future.
+Social+Newsletter
TopicsAbout UsContact Us
Copyright ©, Camden Media Inc All Rights Reserved. See our User Agreement, Privacy Policy and Data Use Policy. The material on this site may not be reproduced, distributed, transmitted, cached or otherwise used, except with prior written permission of Futurism. Articles may contain affiliate links which enable us to share in the revenue of any purchases made.
Fonts by Typekit and Monotype.