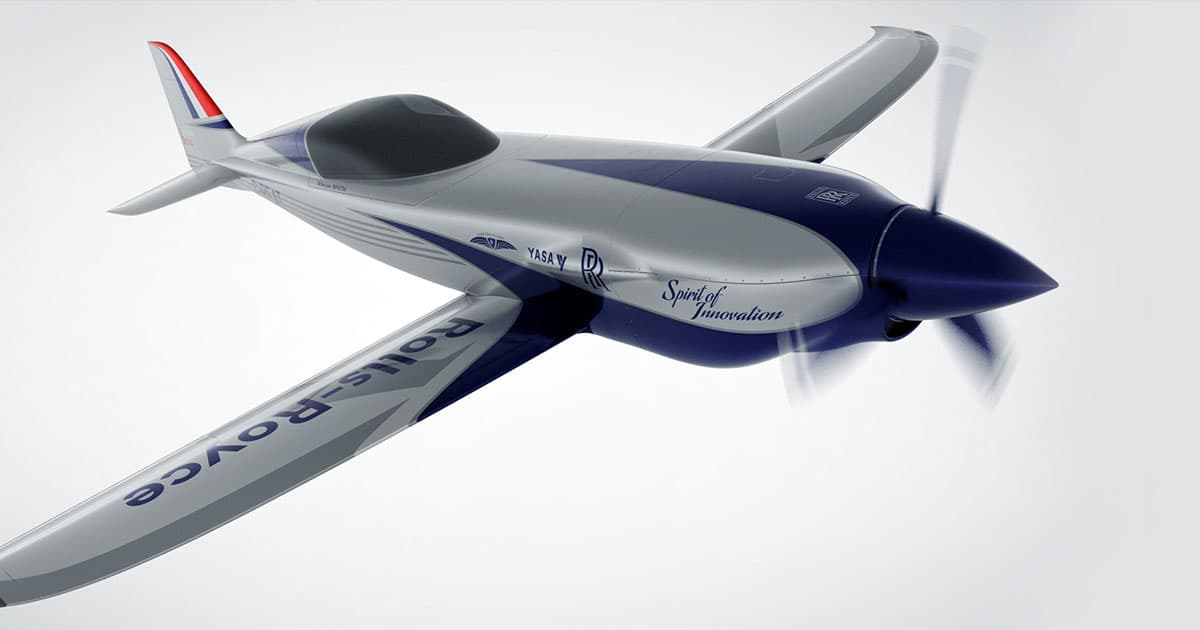 On Wednesday, the British industrial technology company announced plans to fly an in-development electric airplane over Great Britain in 2020, reaching a top speed of at least 480 kilometers per hour (300 miles per hour).

Not only would this shatter the current record for an all-electric plane — 337 KPH (210 MPH) — but it could also lead to the "electrification" of air travel across the globe.

According to Rolls Royce's announcement, the electric airplane is part of a UK government-funded initiative called ACCEL, which is short for "Accelerating the Electrification of Flight."

The battery pack powering the craft will include 6,000 cells. That'll make it the most energy-dense pack ever created for an aircraft, according to Rolls Royce, and it could power a nonstop flight from London to Paris — though there's no word about what speed it could maintain.

"This plane will be powered by a state-of-the-art electrical system and the most powerful battery ever built for flight," Matheu Parr, ACCEL Project Manager for Rolls-Royce, said in the announcement. "In the year ahead, we’re going to demonstrate its abilities in demanding test environments before going for gold in 2020 from a landing strip on the Welsh coastline."

Landing a spot in the records books isn't Rolls Royce's only goal with ACCEL, though. The company believes it'll be able to apply what it learns from the project to create other all-electric aircrafts — the kind that could play a major role in the battle against climate change.

"We’ve already drawn a series of insights from the unique design and integration challenges," Parr said. "And we’re gaining the knowhow to not only pioneer the field of electric-powered, zero-emissions aviation – but to lead it. At this point, our confidence is sky high."

More on air travel: Want to Save the Environment? Experts Say You Should Stop Traveling.

Deadly Development
Whistleblower Says Boeing 787 Oxygen Masks Don't Work
11. 6. 19
Read More
Nose Dive
Pilots Were Worried About Boeing 737 Max Before Deadly Crash
3. 13. 19
Read More
Airbus, Rolls-Royce and Siemens Announce New Partnership to Build an Electric Airplane
11. 28. 17
Read More
+Social+Newsletter
TopicsAbout UsContact Us
Copyright ©, Camden Media Inc All Rights Reserved. See our User Agreement, Privacy Policy and Data Use Policy. The material on this site may not be reproduced, distributed, transmitted, cached or otherwise used, except with prior written permission of Futurism. Articles may contain affiliate links which enable us to share in the revenue of any purchases made.
Fonts by Typekit and Monotype.