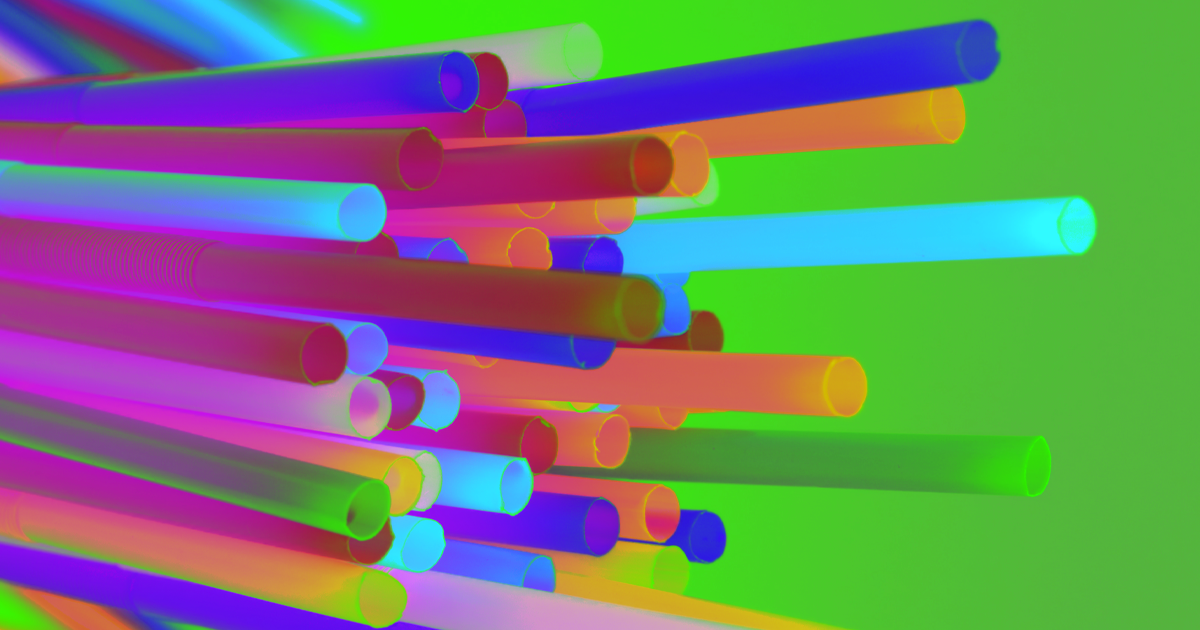 The Canadian government has announced it will ban single-use plastics as soon as 2021.

According to the CBC's government source, things like straws, drink stirrers, plates, cutlery and balloon sticks are on the lengthy list of items that will be banned — though the government has given itself more time to examine evidence to identify the most harmful single-use plastic products.

"To be honest, as a dad, it’s tough to explain to my kids," he said during Monday morning's announcement. "That’s the fate of our kids if we don’t act."

The EU approved a ban on a similar list of single-use plastic items in March. Seattle became the first major American city to ban plastic straws and utensils in July 2018.

Trudeau is planning to hold "the Coca-Colas and Unilevers of the world" responsible for the entire life cycle of all the products they produce, he said, rather than making it more challenging for much smaller businesses.

According to an official statement, less than 11 percent of plastic used in Canada gets recycled.  Canadians throw more than 34 million plastic bags away every day.

The news comes after the Philippines sent back some 1,500 tons of rotting garbage back to Canada. The Duterte government claimed Canada shipped the waste illegally to Manila.

More on single use plastics: The EU Approved a Ban on Single-Use Plastics

Plastic Deluge
The US Is Filling the Oceans With Shocking Amounts of Disgusting Plastic
12. 2. 21
Read More
Stealing Gas
Bitcoin Miners Open Secret Power Plant, Get Busted
10. 7. 21
Read More
States Sue to Stop Trump's EPA From Stripping Vehicle Emissions Rules
5. 2. 18
Read More
+Social+Newsletter
TopicsAbout UsContact Us
Copyright ©, Camden Media Inc All Rights Reserved. See our User Agreement, Privacy Policy and Data Use Policy. The material on this site may not be reproduced, distributed, transmitted, cached or otherwise used, except with prior written permission of Futurism. Articles may contain affiliate links which enable us to share in the revenue of any purchases made.
Fonts by Typekit and Monotype.