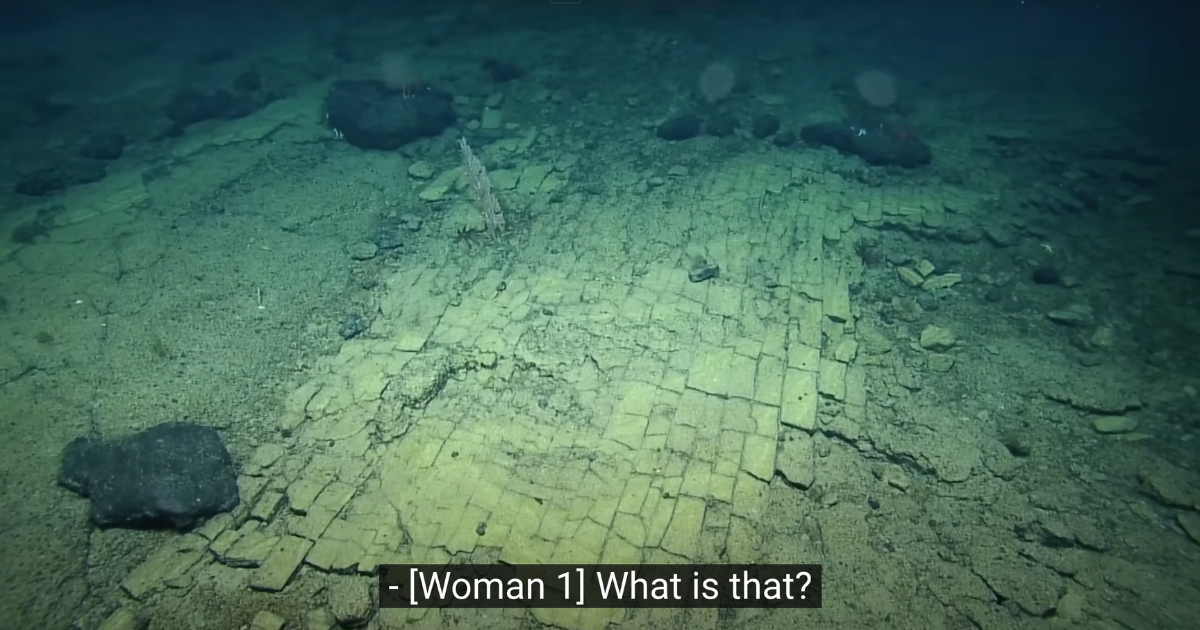 "I feel like I'm looking at the road to Atlantis."

"I feel like I'm looking at the road to Atlantis."

"I feel like I'm looking at the road to Atlantis," a crew member aboard the Exploration Vessel Nautilus murmurs partway into a clip of the team's undersea exploration. "Are you kidding? This is crazy."

Perhaps the scientist, one of the Corps of Exploration team studying the Liliʻuokalani Ridge in the Pacific Ocean, could be so metaphorical because he'd already partially identified what the structure really was. After describing the underwater feature as a "dried lake bed," a post on the Nautilus' site gives more context. What may look like a "yellow brick road" to the mythical city of Atlantis is really an example of ancient active volcanic geology.

The crew posted a video to the official Nautilus YouTube channel earlier this week, pictured below. There are also clips of the crew collecting rock samples and commenting on nearby sea life.

Last month, CNET reports the team found some beautiful, otherworldly species during their submarine excursions. The "unidentified gelatinous creature" gave the team a thrill, with one team member exclaiming "Very charismatic. Yay!" during a clip of the voyage.

It's pretty heartwarming to see marine scientists get excited over new discoveries, but it's also sad to know there are so many things we don't know about the ocean given how fast we're destroying it. Coral reefs are bleaching again, animals are living in plastic wastelands and scientists say a potential mass extinction is on the way.

The Nautilus team can't be everywhere all at once, nor can other oceanic researchers. What kinds of sea life will they leave uncatalogued because it died before they got a chance to study it?