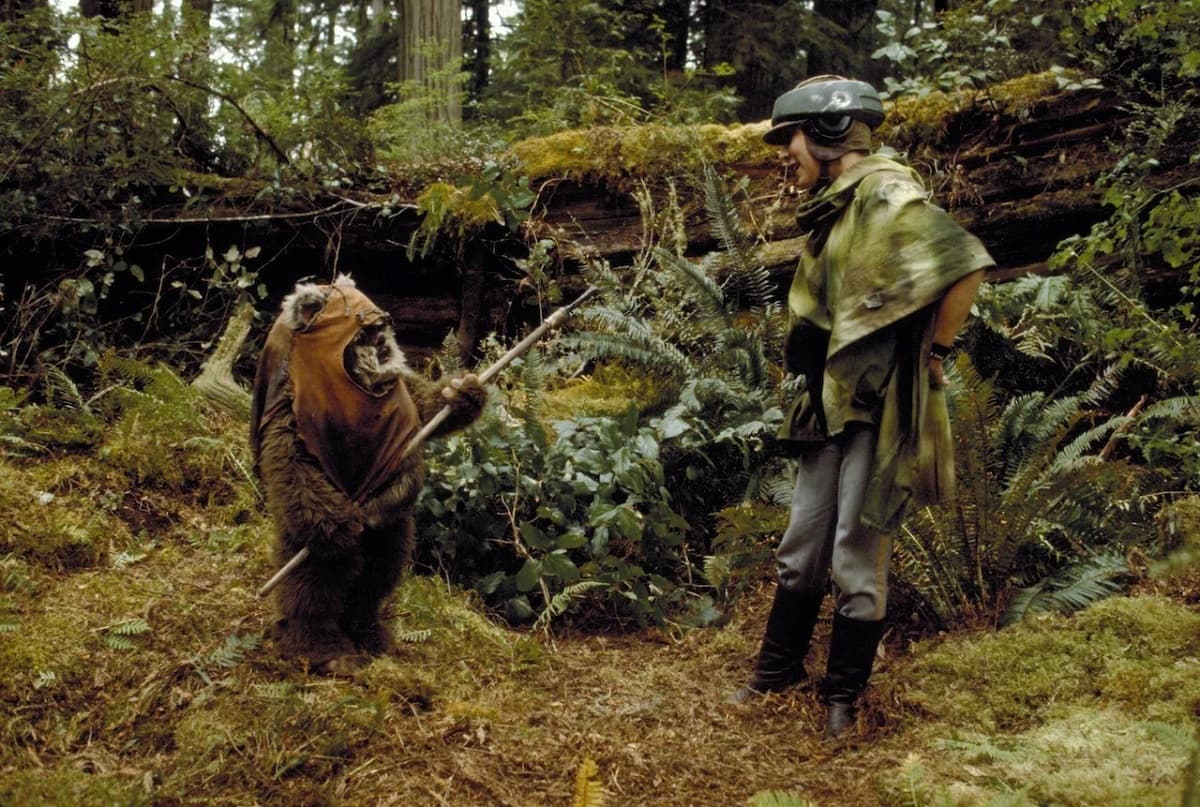 Bad News! The Ewok Forest From “Star Wars” Got “Obliterated” In Real Life

May the Force be with Endor.

May the Force be with Endor.

Hot on the heels of Star Wars Day, SFGate reports that the redwood forest in northern California where the “Star Wars” franchise filmed the famed Battle of Endor — you know, the one with all the cute Ewoks? — doesn’t exist anymore because it was “obliterated” in real life. Bummer, right? Seems like not even scifi classics can escape environmental devastation.

The forest caught a movie scout’s eye for “Return of the Jedi” back in 1982, according to SFGate’s reporting, so the team reached out to ask the local community development director if they could film on location. Ernie Perry didn’t know who exactly was asking at the time, though.

“They tried to pull the wool over our eyes saying the movie was called ‘Blue Harvest,'” he told SF Gate. “But there’s a restaurant called Jim’s, and when I saw Harrison Ford and Carrie Fisher sitting next to each other, it was a dead giveaway that this is not a horror movie.”

Unfortunately, though, it’s not a fun spot for fans to visit — because a logging company came through and cut down all the redwoods long ago.

Sadly, those trees aren’t the only ones in danger.

Even while California works towards 100 percent renewable energy grids, the US government lists redwoods as endangered and declining. Of course, the Golden State isn’t alone, either — 15 billion trees were being cut down globally in 2015 each year, according to a much-referenced study in the journal Nature.

It’s a shame that we’re robbing ourselves of historically and culturally important sites. Maybe “Star Wars” fans could use their infamous brand loyalty to find and secure the future of other filming locations?

More on climate change: Scientists Claim New Enzyme Can Break Down Plastic In A Single Week