It's the first major US city to do so. 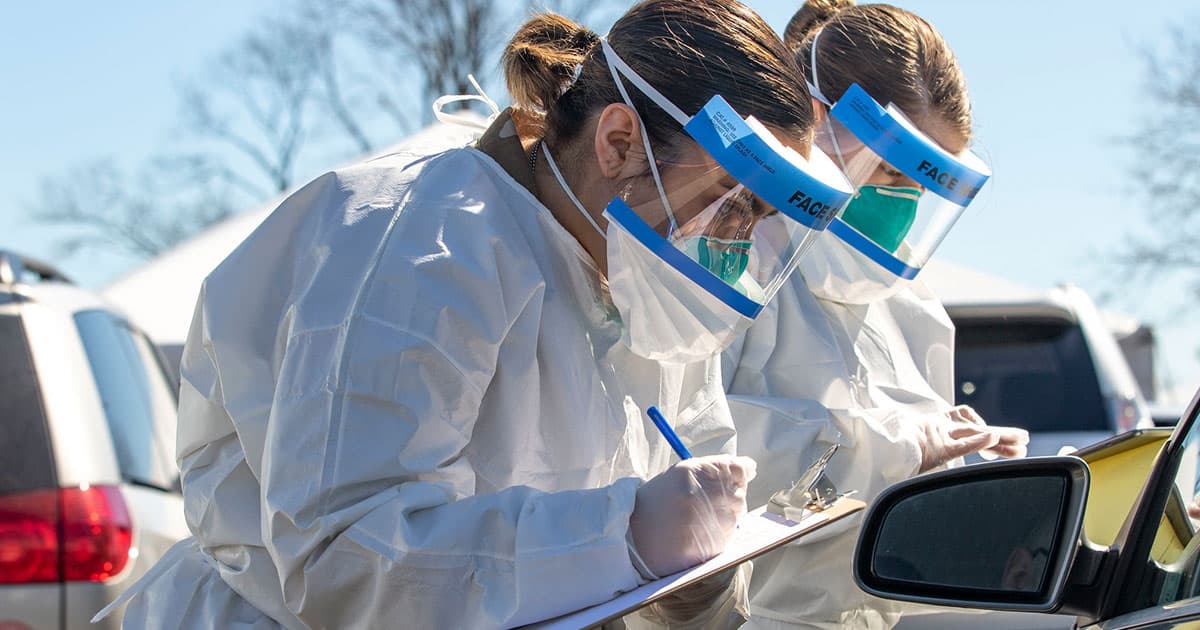 Image by The National Guard
Developments

Los Angeles mayor Eric Garcetti announced on Wednesday that all city and county residents can get a free COVID-19 test, NPR reports. The announcement makes LA the first major city in the US to offer free universal testing — rather than just those who are experiencing symptoms or had to be hospitalized.

"Los Angeles will become the first major city in America to offer wide-scale testing to all of our residents, with or without symptoms," Garcetti said during a daily press briefing.

Those experiencing symptoms will still be given first priority, however.

Experts say widespread testing is an effective strategy to safely reopen parts of the country — especially considering that the virus can be spread by those who show no symptoms at all. Knowing who is a carrier could help authorities isolate smaller outbreak clusters.

The news comes after the Los Angeles County Health Department announced another 1,541 cases were identified on Wednesday alone, making it the "highest number of new cases reported" in a day, according to a press release.

According to Garcetti, LA now accounts for nine percent of all tests being done across the country.

To get a test, LA residents will have to first make an appointment at one of 34 testing sites, according to Garcetti.

The test isn't the often painful nasal swab as NBC Los Angeles reports. Instead, participants are asked to cough three times into their shoulder while facing the other way. A healthcare practitioner then takes swab samples from different parts of the mouth.

Image by The National Guard