"Vaccines are Important:" Elmo Joins the Surgeon General in the Fight to Keep Kids Healthy

Elmo's got himself a new mission. 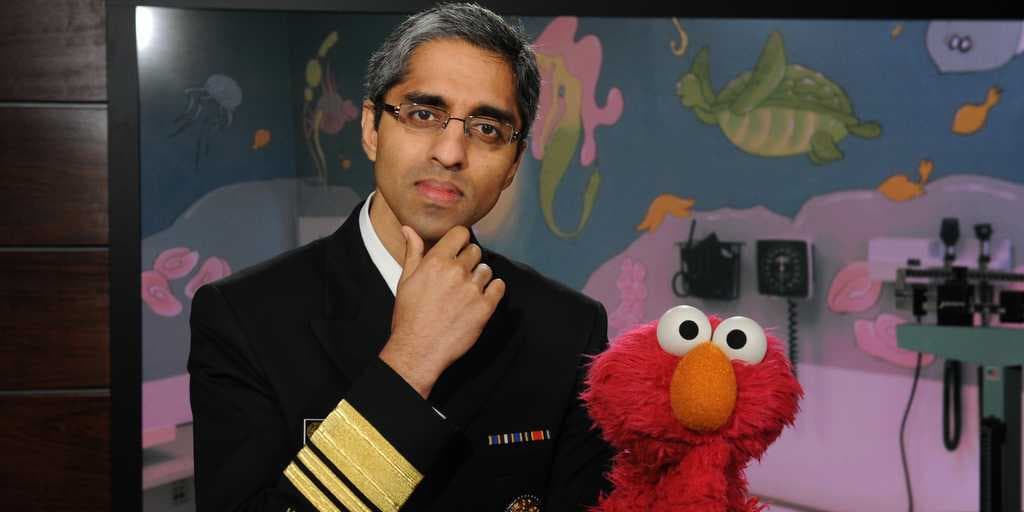 If scientists, specialists, researchers, teachers, and basic scientific facts won't convince you that vaccines are beneficial, well, maybe Elmo will.

In truth, this campaign isn't aimed at convincing the anti-vaccine camp that their beliefs are in direct opposition to sound science (though they very much are); rather, this little video is meant to teach kids how important vaccines are and how they keep us healthy. If we help children understand how immunizations work, and why they are important, then there is less of a chance that they will grow up to be misinformed adults.

Recently, Sesame Street collaborated with the U.S. Department of Health & Human Services and the Daily Dot in order to teach kids why vaccines are important. Surgeon General Vivek Murthy drops by the set in order to help Elmo understand why we need our immunizations.

Ultimately, this is important, as vaccines save lives. For example, smallpox is one of the deadliest known diseases, plaguing humanity for thousands of years. Researchers believe that it first emerged in human populations around 10,000 BC. Although the overall death toll is unknown, in the 20th century alone it killed over 300 million people. In 1967, the World Health Organization estimates that smallpox killed an estimated 2 million people worldwide. And keep in mind, this is just one virus over the course of one year. Ultimately, the total number of people killed by viruses is simply staggering. Today, no one dies of smallpox. Not one person. It was eradicated by vaccinations. The last natural occurring case was in 1977.

Vaccines save lives. That's what kids need to know.

You can find more information and resources about childhood vaccinations at the Health & Human Services blog.