Self-Propelling Pills Could Mean The End of Needle Vaccines 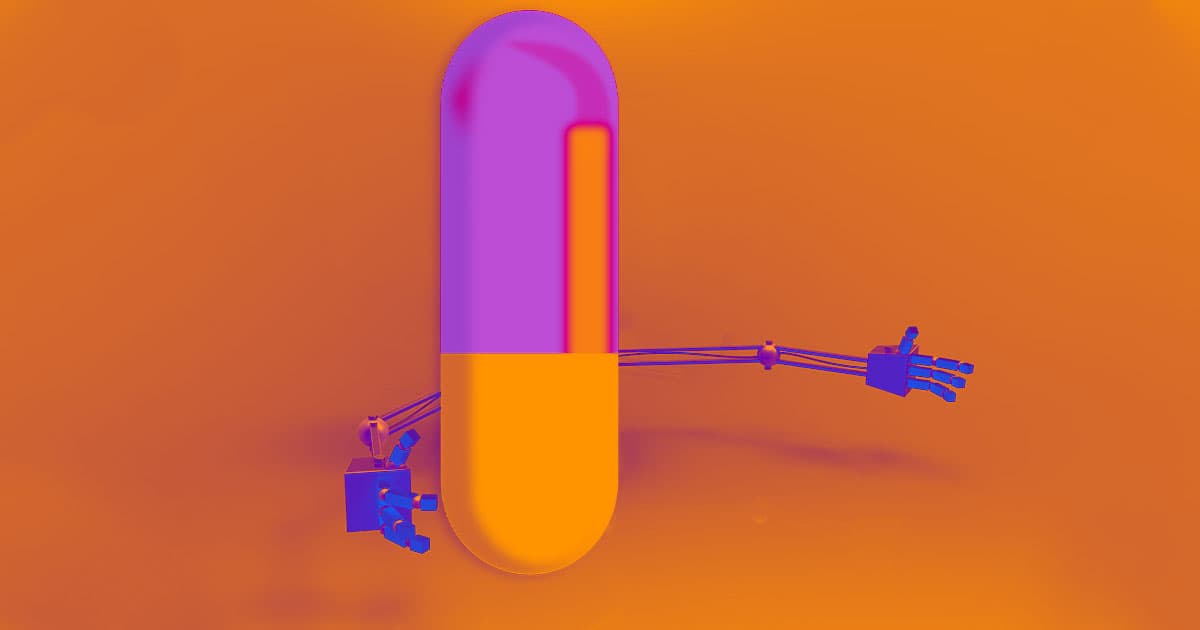 A new type of tiny motor can help shuttle life-saving vaccines to where they need to go. For infants or those of us who are squeamish around needles, that could mean a future with fewer shots and more effective medicine.

The problem with oral vaccines — ones that take pill form — is that they can sometimes get broken down by stomach acid or get spit right back up by a child. That’s why researchers are interested in tiny, molecular motors that can propel the pills through the body to their target, making orally-consumed medication more effective than ever before.

The new vaccines aren’t being driven around by tiny machines, according to research published in the journal Nano on Wednesday — the people taking them won’t spit up metal gears or bolts. Rather, the team of engineers from University of California San Diego found that particles of magnesium and titanium dioxide react with the body’s water to create a jet stream of bubbles that propel it forward.

Attach that sucker to some medication, coat it with a blood cell’s membrane to keep it safe from digestive acids, and you’ve got a little life-saving biological speedboat launching vaccines straight to the intestines, where they’re absorbed into the body.

Right now, people can take oral vaccines for a small number of diseases like typhoid and cholera, according to the Centers for Disease Control and Prevention (CDC).

So far, the tiny motor has only been tested in mice — but if they helped replace shots with oral vaccines, research suggests that targeting the gut with vaccines can lead to a stronger immune response than injections do, meaning these little motorized meds could herald in a new era of super-strong medicines.

More on vaccines: WHO: Anti-Vaxxers Now one of the Greatest Threats to World Health

6.18.19
This NAD+ Supplement Takes the Fight Against Aging to the Cellular Level
6.10.19
The World’s Most Advanced Gut Microbiome Test is Changing Our Approach to Gut Health
5.01.19
FDA: Ambien Is Making People Kill Themselves While Asleep
4.30.19
Injecting Fetal Brains With CRISPR Could Cure Genetic Conditions
4.25.19
Amazing Device Turns Thoughts Into Audible Sentences

7.23.21 Devices
Exoskeletons Are Causing Problems With Wearers’ Brains, Scientists Say
"It's almost like dancing with a really bad partner."
By Dan Robitzski / Read More >>
7.22.21 Neuroscience/Brain Science
Excessive Coffee Drinking Linked to Dementia
"Drinking more than six cups of coffee a day may be putting you at risk of brain diseases such as dementia and stroke."
By Dan Robitzski / Read More >>
7.21.21 Developments
Dying COVID Patients Beg for Vaccine
"I hold their hand and tell them that I’m sorry, but it’s too late."
By Victor Tangermann / Read More >>
Keep up.
Subscribe to our daily newsletter to keep in touch with the subjects shaping our future.