This Startup Made a $5 Cup of Poop Coffee Using Biotech 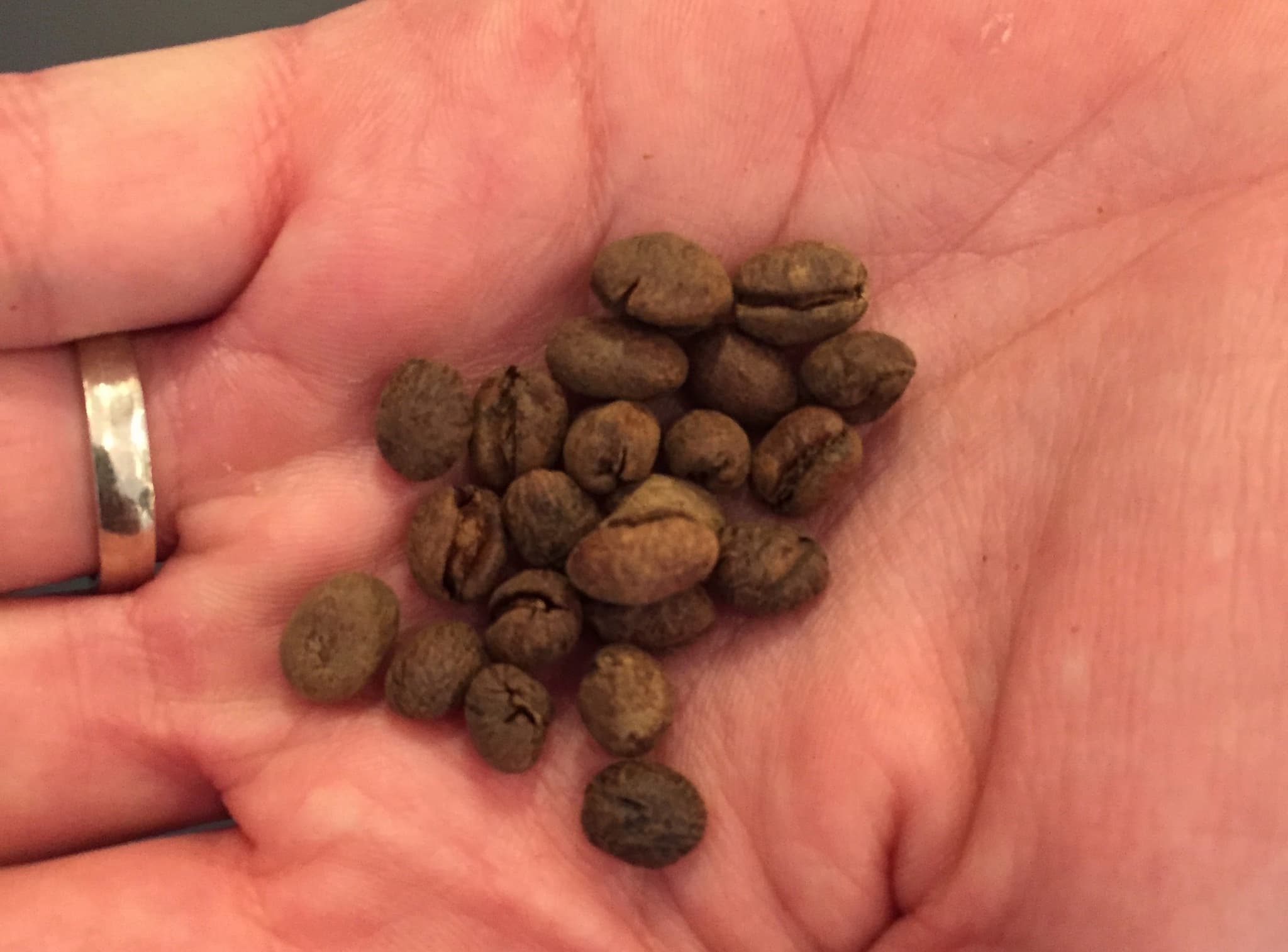 Biotechnology has the potential to create never-before-tasted flavors, according to Afineur, a new startup. For its first product it's launching coffee that tastes like... coffee that's been pooped out?

Poop coffee doesn't sound like a very appealing cup of joe. But that's exactly what Indonesian kopi luwak is -- coffee that was eaten and subsequently pooped out by a Indonesian wildcat called a civet. It's rare, and it's expensive. (Currently, a pound of kopi luwak costs $169 on Amazon.)

Enter Afineur. It's a startup that has crafted a coffee bean that should produce a cup of kopi luwak without a trip through a feline's digestive system. And to get to that point, the two Ph. D.s who founded Afineur, Camille Delebecque and Sophie Deterre, used a common, natural process with a modern biotechnology twist.

"We try to understand which flavor molecules are interesting or not, we select natural [bacteria] strains that can do the job through enzyme production, then we do fermentation on green processed beans," Afineur founder Camille Delebecque said.

Essentially, Afineur is using fermentation to change the flavor profile of its coffee. Lots of foods are fermented, like wine, pickles, and cheeses. Fermentation is also what happens in the civet's digestion system that gives kopi luwak its special flavor. But without a tiny mammal's digestive track, Afineur needed to select the specific strains of bacteria that would ferment the beans into the targeted flavor.

Afineur went through mounds of scientific literature to specifically find bacteria which target flavor precursors, creating the flavor profile that his company was looking for. "We look at proteomics, metabolomics, data. We use cocktails of microbes, full microbial communities," Delebecque said.

Afineur went through hundreds of iterations, evaluating its experiments with chromagraphic tools and mass spectrometry before settling on the process that is selling the beans Afineur is selling on Kickstarter.

Although the industrial process is a secret at the moment, it generally works like this: Afineur purchases green beans, applies its solid state fermentation process to the beans for 24 to 48 hours, then the coffee is then roasted at the Pulley Collective in Brooklyn. The final product has a worn and washed look, with a distinctly different texture than conventionally processed coffee. The beans Afineur are using are smaller than normal coffee beans. Currently, its using a type of coffee bean from Guatemala known as peaberry.

Ultimately, Afineur is not going to limit itself to only being a coffee company. After it sells its beans, it will look for a new foodstuff that fermentation can help -- cereals and grains are one possibility. And although its technology is being used to modify flavor, it can also be used to change the nutritional profile of a food. "We know what molecules cause the indigestion and can have microbes chew those away. We can even focus on specific compounds, like vitamin B3," Delebacque said.

"Fermentation has been used to prepare food for thousands of years, but what changed is we have an increased understanding of biology," Delebacque said. "We can start using microbes as a precision tool to replace artificial flavoring."

I had a cup of Afineur's coffee, made with care by Delebacque. It's certainly a new coffee experience, even if you're the type of snob who only drinks single-origin pourover. I tasted little bitterness, with heavy grassy chocolate tones. There's something about the coffee's taste that's closer to tea than actual coffee.

And now you can purchase 10 ounces of the coffee for $45 from Kickstarter, which can make around nine 16 ounce of coffee cups at home. That's nearly three times the price of traditional high-end coffee, but still significantly less than actual kopi luwak, although Afineur wants to distance its precision-engineered product from beans that a civet poops out.

Read This Next
Splinter Cell
Scientists Gene-Hack Human Cells to Turn Invisible
Futurism
Scientists May Have Found Protein That Could Help Unlock Spinal Regeneration in Humans
Futurism
Gene Editing Can Now Change An Entire Species Forever
Futurism
This 25-Year-Old Lived for More Than a Year Without a Heart
Futurism
Giant Leap in Bioprinting: Scientists Develop Functioning, 3D-Printed Liver Tissue
More on Enhanced Humans
Brain Transparency
Yesterday on futurism
Duke Professor Welcomes the "Promising" Future of Employers Reading Your Brain
Brain-Computer Im...
Jan 3 on the byte
Neuralink Cofounder Says New Company's Eye Implant Could Be "Ultimate" VR Tech
Eyes Have It
12. 30. 22 on futurism
Meet the Neuralink Cofounder Who Left and Started a Competitor That's Now Rapidly Catching Up
READ MORE STORIES ABOUT / Enhanced Humans
Keep up.
Subscribe to our daily newsletter to keep in touch with the subjects shaping our future.
+Social+Newsletter
TopicsAbout UsContact Us
Copyright ©, Camden Media Inc All Rights Reserved. See our User Agreement, Privacy Policy and Data Use Policy. The material on this site may not be reproduced, distributed, transmitted, cached or otherwise used, except with prior written permission of Futurism. Articles may contain affiliate links which enable us to share in the revenue of any purchases made.
Fonts by Typekit and Monotype.