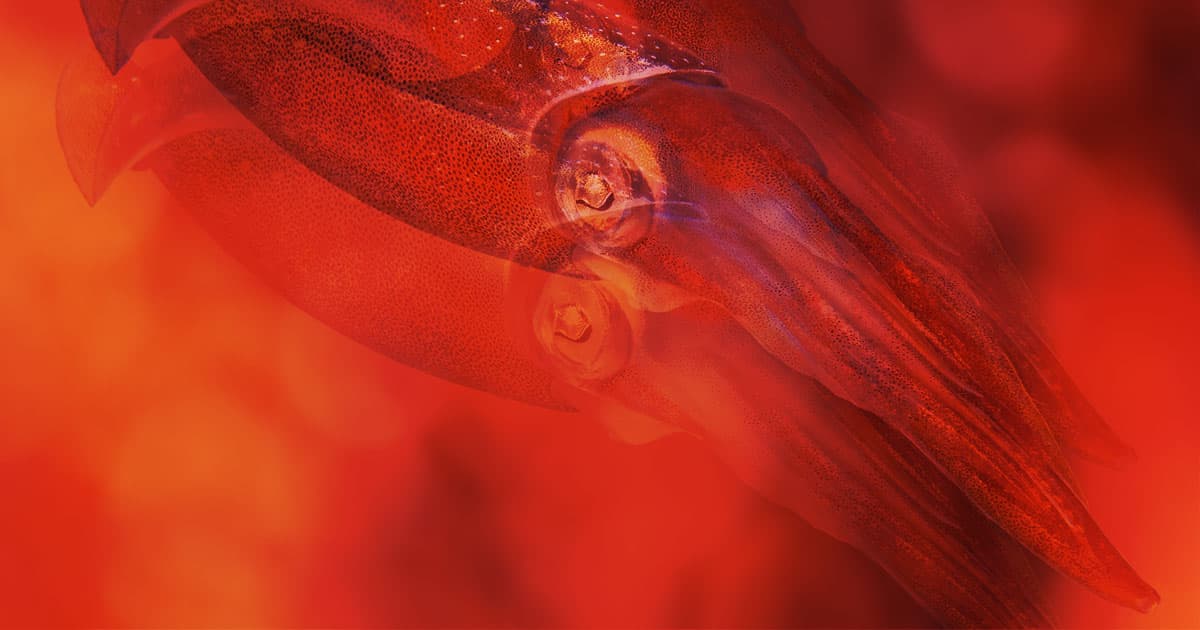 By tinkering with the genetics of human cells, a team of scientists gave them the ability to camouflage.

To do so, they took a page out of the squid's playbook, New Atlas reports. Specifically, they engineered the human cells to produce a squid protein known as reflectin, which scatters light to create a sense of transparency or iridescence.

Not only is it a bizarre party trick, but figuring out how to gene-hack specific traits into human cells gives scientists a new avenue to explore how the underlying genetics actually works.

It would be fascinating to see this research pave the way to gene-hacked humans with invisibility powers — but sadly that's not what this research is about. Rather, the University of California, Irvine biomolecular engineers behind the study think their gene-hacking technique could give rise to new light-scattering materials, according to research published Tuesday in the journal Nature Communications.

Or, even more broadly, the research suggests scientists investigating other genetic traits could mimic their methodology, presenting a means to use human cells as a sort of bioengineering sandbox.

That sandbox could prove useful, as the Irvine team managed to get the human cells to fully integrate the structures producing the reflectin proteins. Basically, the gene-hack fully took hold.

"Through quantitative phase microscopy, we were able to determine that the protein structures had different optical characteristics when compared to the cytoplasm inside the cells," Irvine researcher Alon Gorodetsky told New Atlas, "in other words, they optically behaved almost as they do in their native cephalopod leucophores."

More on gene-hacking: Astrobiologist: We Should Gene-Hack New Traits Into Mars Settlers

Read This Next
Big Brain
Scientist Who Gene-Hacked Babies "Likely" Boosted Their Brainpower
Checking In
Doctor Who Gene Edited Babies Rejects Death Penalty Rumor
Found Him
Scientist Who Gene Edited Babies Is Being Held By Mysterious Guards
Designer Babies
Chinese Scientists Claim to Have Gene-Edited Human Babies For the First Time
Futurism
Scientists Have Created A Way to "Delete" DNA in Living Cells
More on Enhanced Humans
Brain-Computer Im...
Jan 3 on the byte
Neuralink Cofounder Says New Company's Eye Implant Could Be "Ultimate" VR Tech
Eyes Have It
12. 30. 22 on futurism
Meet the Neuralink Cofounder Who Left and Started a Competitor That's Now Rapidly Catching Up
Butcher Shop
12. 6. 22 on futurism
Neuralink Employees Admit Company Has Killed 1,500 Animals So Far
READ MORE STORIES ABOUT / Enhanced Humans
Keep up.
Subscribe to our daily newsletter to keep in touch with the subjects shaping our future.
+Social+Newsletter
TopicsAbout UsContact Us
Copyright ©, Camden Media Inc All Rights Reserved. See our User Agreement, Privacy Policy and Data Use Policy. The material on this site may not be reproduced, distributed, transmitted, cached or otherwise used, except with prior written permission of Futurism. Articles may contain affiliate links which enable us to share in the revenue of any purchases made.
Fonts by Typekit and Monotype.