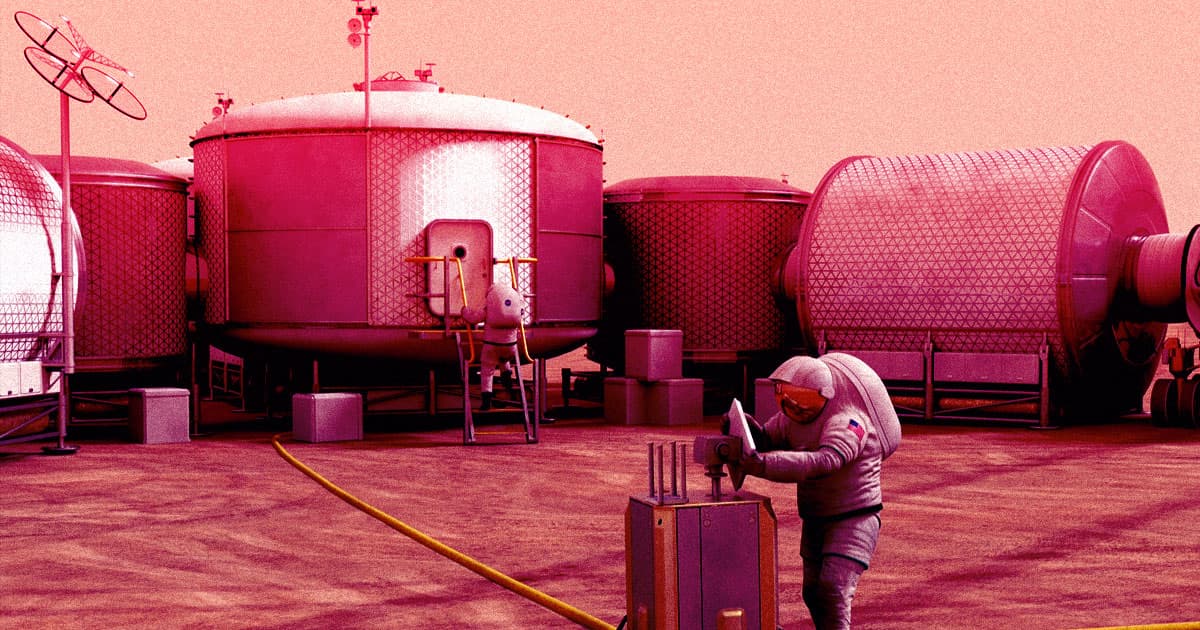 Astrobiologist: We Should Gene-Hack New Traits Into Mars Settlers

"And are we maybe ethically bound to do so?"

"And are we maybe ethically bound to do so?"

The conditions on Mars are so deadly that even the most comprehensive plans to protect astronauts and future settlers would still leave them exposed to dangerous levels of cosmic radiation and environmental extremes.

That's why Lunar and Planetary Institute astrobiologist and geomicrobiologist Kennda Lynch thinks space agencies should gene-hack future astronauts and settlers so that they can better withstand life on the Red Planet, Space.com reports.

It's a provocative idea, but Lynch suggests it could be necessary to give colonists their best chance at survival.

Lynch argued on a webinar last week that it would be preferable to edit the human genome to survive on Mars rather than terraform it to be more hospitable, Space.com reports. Otherwise, settlers would risk wiping out evidence of any native ecosystems, past or present.

"And how can we do that if we go and change the planet before we go and find out if life actually was living there?" Lynch said during the event.

Lynch isn't the first to suggest altering the DNA of space settlers. In 2018, a team of Polish researchers argued that genetic modification might be necessary if they want to have babies on Mars.

Fellow webinar participant Christopher Mason, a geneticist at Weill Cornell Medicine, argued that gene-hacking astronauts could even be a moral imperative.

"And are we maybe ethically bound to do so?" Mason said. "I think if it's a long enough mission, you might have to do something, assuming it's safe, which we can't say yet."

Splinter Cell
Scientists Gene-Hack Human Cells to Turn Invisible
6. 4. 20
Read More
Big Brain
Scientist Who Gene-Hacked Babies "Likely" Boosted Their Brainpower
2. 21. 19
Read More
Checking In
Doctor Who Gene Edited Babies Rejects Death Penalty Rumor
1. 9. 19
Read More
+Social+Newsletter
TopicsAbout UsContact Us
Copyright ©, Camden Media Inc All Rights Reserved. See our User Agreement, Privacy Policy and Data Use Policy. The material on this site may not be reproduced, distributed, transmitted, cached or otherwise used, except with prior written permission of Futurism. Articles may contain affiliate links which enable us to share in the revenue of any purchases made.
Fonts by Typekit and Monotype.