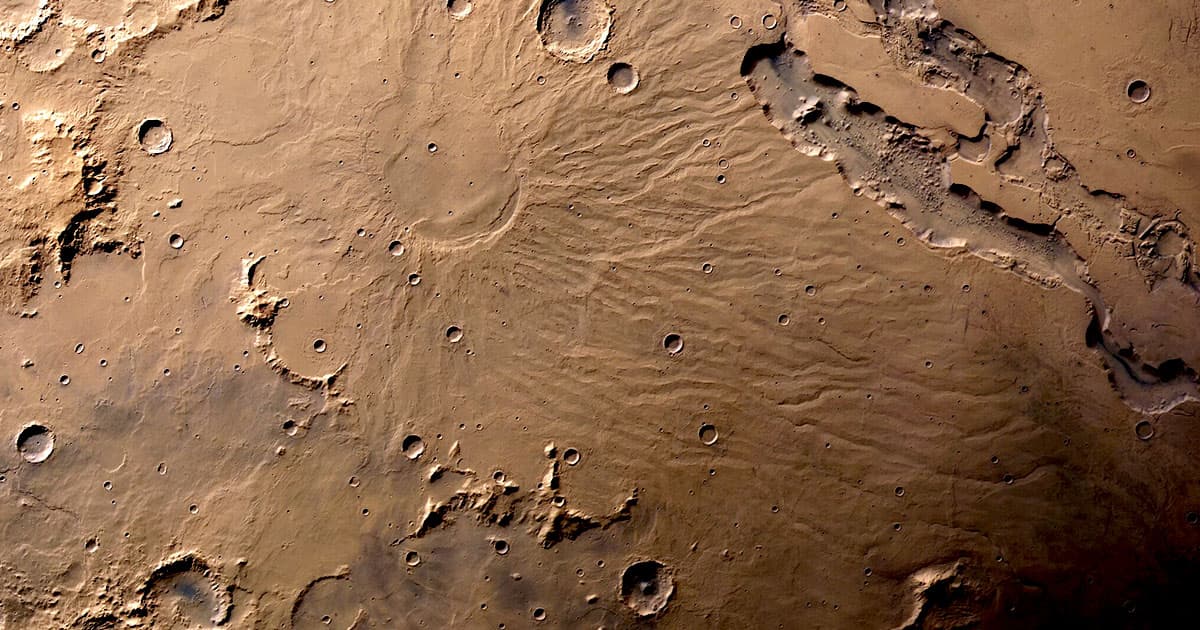 One of the most significant challenges facing would-be Mars settlers is the constant bombardment of deadly cosmic radiation they would face.

But a team of planetary scientists from the Washington Academy of Sciences has an idea for how to keep safe on the Red Planet, Live Science reports: In order to avoid the cosmic rays, they suggest building settlements inside underground caverns called lava tubes — and they say they've picked out the perfect spot.

The researchers' dream neighborhood: a deep impact basin called Hellas Planitia, near the equator, where radiation levels are lower than other places on Mars, according to Live Science.

After identifying three structures that seem to be lava tubes based on images taken by NASA's Mars Reconnaissance Orbiter, the team tested out their radiation shielding hypothesis on lava tubes in three U.S. states. The tubes blocked as much as 82 percent of the solar radiation that reached the Earth's surface, according to their research, which has been accepted by the Journal of the Washington Academy of Sciences.

This isn't the first time experts have suggested using lava tubes to settle a new world: Japan's space agency, for instance, had the same suggestion for a Moon settlement in 2017. But despite the idea's popularity, Live Science reports that it still puts would-be settlers at risk.

Even with the below-average radiation levels in Hellis Planitia and the shielding of the underground tunnels, settlers would face dangerous levels of cosmic radiation, meaning they'll need more support before they head out.

READ MORE: These lava tubes could be the safest place for explorers to live on Mars [Live Science]

More on lava tubes: Scientists Want Us to Live in Lava Tubes on the Moon

Palliative Care
NASA's Mars Lander Refuses to Die Even Though It's Supposed To
Sep 24
Read More
Signs Of Life
NASA Seems Awfully Excited About Finding Organic Matter on Mars
Sep 16
Read More
Moon Vacation
NASA Finds Holes on the Moon Where It's Always a Comfortable Temperature
Jul 27
Read More
+Social+Newsletter
TopicsAbout UsContact Us
Copyright ©, Camden Media Inc All Rights Reserved. See our User Agreement, Privacy Policy and Data Use Policy. The material on this site may not be reproduced, distributed, transmitted, cached or otherwise used, except with prior written permission of Futurism. Articles may contain affiliate links which enable us to share in the revenue of any purchases made.
Fonts by Typekit and Monotype.