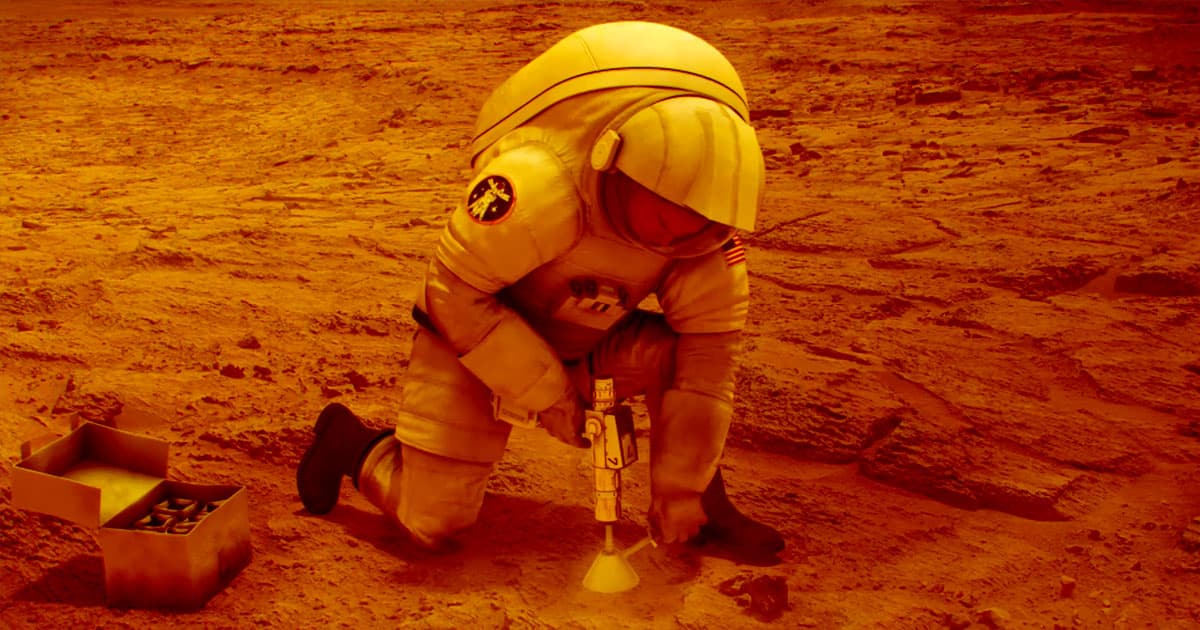 This is bad news for any would-be Mars colonists.

This is bad news for any would-be Mars colonists.

Bad news: any astronaut en route to Mars will be exposed to brain-melting levels of cosmic radiation.

When exposed to the same levels and types of radiation that would bombard a would-be space colonist during their journey to the Red Planet, mice in a lab showed signs of impaired brain function, worsened memory, and an increase in "distress behaviors," according to research published Monday in the journal eNeuro. In other words, deep space appears to melt mammalian brains.

The study used a new neutron irradiation facility to simulate cosmic radiation for the first time, revealing how extended space travel could cause permanent dementia-like symptoms, which appeared in the lab mice after six months of low-dose exposure — less time than it would take to reach the Red Planet.

"These charged particles are very dangerous," University of California, Irvine radiation oncologist Charles Limoli told CNN. "The reason is, they are very energetic and fully ionized, and when they travel through the body, they produce this type of damage that the cells and tissues of your body find very difficult to recover from.

Limoli told CNN that even our best shields can only offer limited protection from the radiation that would bombard anyone heading to Mars.

"Now, it really looks like the complications associated with these exposures to the brain are becoming one of the more difficult to deal with," he said.

More on Mars: Reality Check: It Would Take Thousands of Years to Colonize Mars