COVID patients in Los Angeles are dying too fast to even process the bodies. 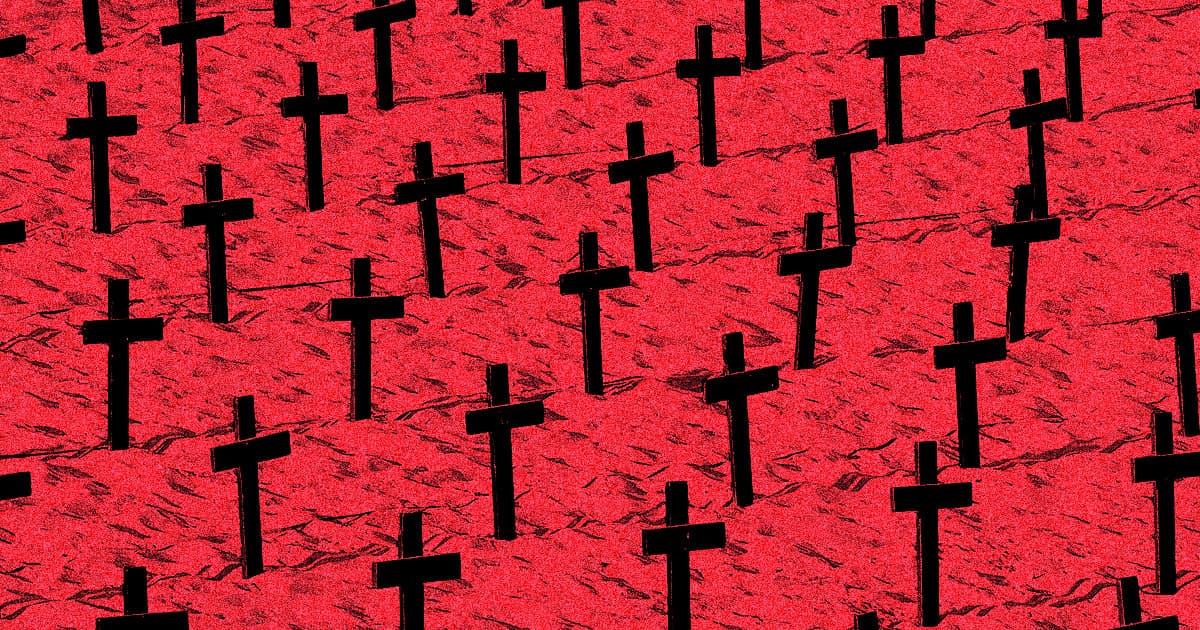 Los Angeles is in extraordinarily bad shape right now — the coronavirus is hitting the county so hard that literally running out of places to store dead bodies.

Local hospitals have already run out of room to store deceased COVID-19 patients, CNN reports, and the Los Angeles Medical Examiner Coroner's Office is at nearly twice its normal capacity of 500 bodies.

The county has relied on refrigerated storage trailers to ease the burden on hospital morgues since the pandemic really hit the area, but LA will be doubling the number of trailers from 12 to 24 and will also start using six other cold-storage containers, Coroner's Office spokeswoman Sarah Ardalani told CNN.

Right now, there are only about 1,094 remaining intensive care unit (ICU) beds available for all 40 million LA residents, 22,000 of whom are currently hospitalized and 5,000 of whom are already taking up spots in the ICU. That's a critical shortage that's expected to last for at least the next month, according to CNN.

In short, things remain dire in LA County, but there is a glimmer of hope that infections are at least leveling off.

The count of new infections in the county seems to be plateauing, CNN reports, and the positive testing rate has dropped from 14 percent to a slightly-less-horrifying 13.4 percent. Meanwhile, Dodger's Stadium, which has served as a mass testing site for months, is being converted to a vaccination center just like Disneyland in nearby Orange County.

Officials expect Dodgers Stadium to be able to dole out 12,000 coronavirus vaccines per day, which will hopefully help finally turn the tide on the pandemic.

More on LA: California Is Packing the COVID Dead Into Refrigerated Trucks

Image by Nong Vang via Unsplash/Futurism