Disneyland Will Turn Into a Giant Vaccine Distribution Center

The "happiest place on Earth" is about to become a huge COVID vaccine "super site." 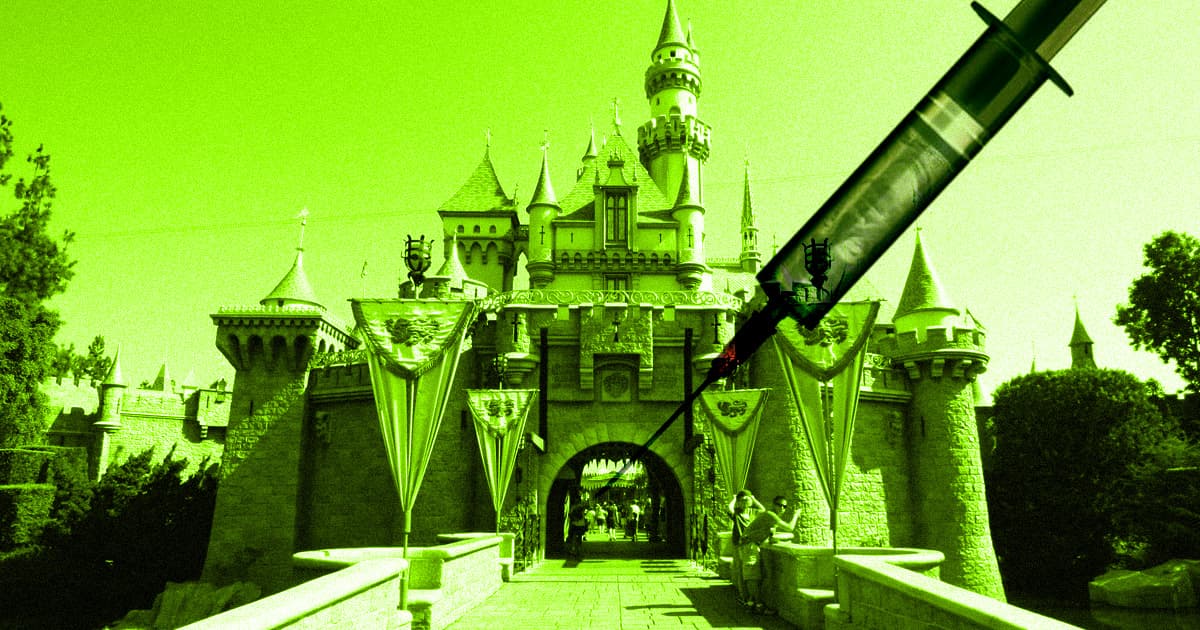 The iconic Disneyland Resort in Anaheim, California will transform into a "super site" for COVID-19 vaccinations in the surrounding Orange County later this week, CNN reports, opening up its doors to thousands of residents per day to receive the shot.

"The Disneyland Resort, the largest employer in the heart of Orange County, has stepped up to host the county's first Super [point-of-dispensing] site — undertaking a monumental task in our vaccination distribution process," Andrew Do, acting chairman of the county's Board of Supervisors, said in a statement.

The resort won't be the only "super" vaccination site in the state. LA's Dodger Stadium and San Diego's Petco Park will also be used to vaccinate Californians.

The news comes after California was hit hard by the ongoing pandemic. Over 2,000 people are hospitalized right now with the virus in Orange County alone, according to CNN, 500 of whom are in the ICU.

The situation has gotten so bad that officials had to dispatch refrigerated trucks across the state to hold corpses, as mortuaries have been running out of space to store bodies.

California has decided to roll out vaccines to those over the age of 75 as well as critical healthcare workers first, both of which are part of "Phase 1a" of the larger vaccination rollout.

"It's important to vaccinate as many willing people as possible for COVID-19, and we need the space to do it," Supervisor Donald Wagner said in the statement. "I thank Disneyland Resort and the City of Anaheim for stepping up in the shared effort to give OC residents protection against the virus."

More on California and the virus: CALIFORNIA IS PACKING THE COVID DEAD INTO REFRIGERATED TRUCKS