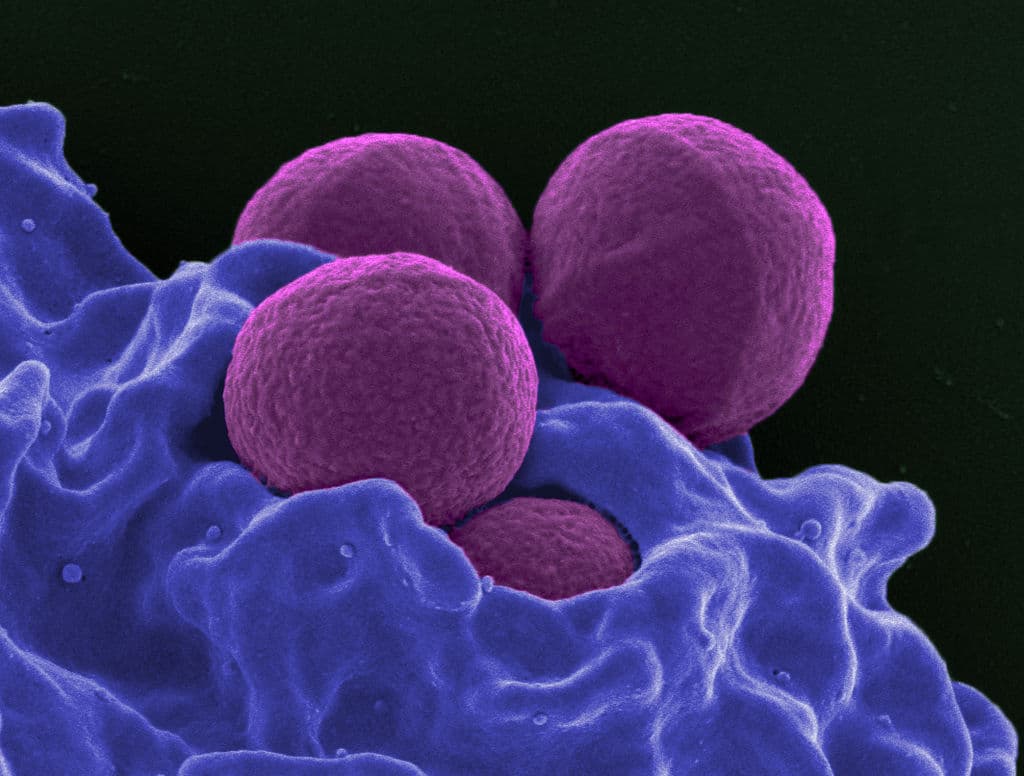 Bacteria are growing increasingly resistant to most of today's antibiotics, including those that are widely prescribed and used worldwide. These frequently prescribed antibiotics usually fall into categories like penicillins, cephalosporins and carbapenems, which are also known as β-lactams. Two teams of researchers have found that it's possible to reverse the mechanism that inhibits the effectiveness of this class of antibiotics.

The first team included researchers from the University of Bristol, who published their study in the Journal of Antimicrobial Chemotherapy. They identified two mechanisms behind bacterial resistance to β-lactam antibiotics. One was by restricting antibiotic entry into cells, and the other involves an enzyme that called β-lactamase that destroys any antibiotic that makes it inside a cell.

The second team, which included chemists from the University of Oxford and the University of Leeds working in tandem with the Bristol researchers, wanted to figure out a way to inhibit these cellular mechanisms, thereby significantly decreasing antibiotic resistance. Their work lead to the discovery of a potential β-lactamase inhibitor. In a paper published in the journal Molecular Microbiology, the researchers discovered that antibiotic resistance could effectively be reversed using a combination of an enzyme inhibitor called avibactam and β-lactam antibiotic called aztreonam.

Antibiotic resistance is a major global issue, one that the United Nations has even declared to be of paramount importance. Some studies have focused on developing new drugs, but it's feared that these efforts won't be able to match the fast-paced growth of antibiotic resistance in superbugs. One study recently demonstrated the potential of using nanotechnology to combat superbugs. Others, like the Bristol, Oxford, and Leeds team, have instead focused on improving our understanding of the evolving nature of these superbugs — an approach that is proving to be fruitful.

"Our bacteriology research has further demonstrated that β-lactamases are the real 'Achilles heel' of antibiotic resistance in bacteria that kill thousands of people in the UK every year," Matthew Avison, senior author on the two studies and Reader in Molecular Bacteriology at the University of Bristol's School of Cellular & Molecular Medicine, said in a press release.

"This is an exciting time for researchers studying β-lactamase inhibitors. At the risk of sounding like King Canute, it is the first time for a decade that there is some genuine positivity about our ability to turn back the rising tide of β-lactam antibiotic resistance."

It seems that, in the fight against superbugs, what we need are super enzymes that enhance the ability of cells to receive antibiotics. Indeed, since there are already two β-lactamase inhibitors already approved for clinical use —  avibactam and vaborbactam — it may only be a matter of time before these are made commercially available. "We are delighted to see that this combination has entered clinical trials, and has recently saved the life of a patient in the USA who was suffering from a previously untreatable infection," Avison added.

2.22.19
Hospital Goes Out of Business, Pulls Medical Records Offline
11.28.18
Amazon's Next AI Bet: Digitizing Medical Records
11.27.18
Antibiotic-Resistant Bacteria Found on International Space Station
6.18.18
A Robot Just Operated On A Human Eye for the First Time
6.15.18
This Robot Is Here to Draw Your Blood