Being able to locate exactly where the resistance begins is the first step in truly tackling it.
by Chelsea Gohd / June 22 2017

Currently, antibiotic resistance is one of the most dire threats to public health. Put simply, is what happens when medications commonly used to treat bacterial infections are rendered ineffective because the bacteria has evolved from repeated exposure to them. While this resistance is often attributed to over-prescription of antibiotics (or taking them when they aren’t needed or won’t work, like in the case of a viral infection) bacteria can become resistant even when antibiotics are taken as prescribed. As there are not endless antibiotic treatments available for every infection, this is a clear and obvious problem — one that researchers at The Novo Nordisk Foundation Centre for Biosustainability in Denmark are hoping to get to the bottom of.

Scientists have suspected for a long time that when it comes to the pathogens, the genes involved in antibiotic resistance probably have the same origin as antibiotics used to treat them. Recent evidence from the researchers in Denmark has strengthened the body of evidence for these claims. Antibiotics, basically, are chemicals that disrupt the growth and health of bacteria. Most antibiotics are microbially-based, fighting microscopic organisms with microscopic organisms. Roughly 75 percent of them are a phylum of Gram-positive bacteria called Actinobacteria, most of which are found in soil. According to researcher Xinglin Jiang, “It has been suspected that pathogens can obtain resistance genes from Actinobacteria for half a century. So now with the 100 percent identical genes we find the smoking gun.” 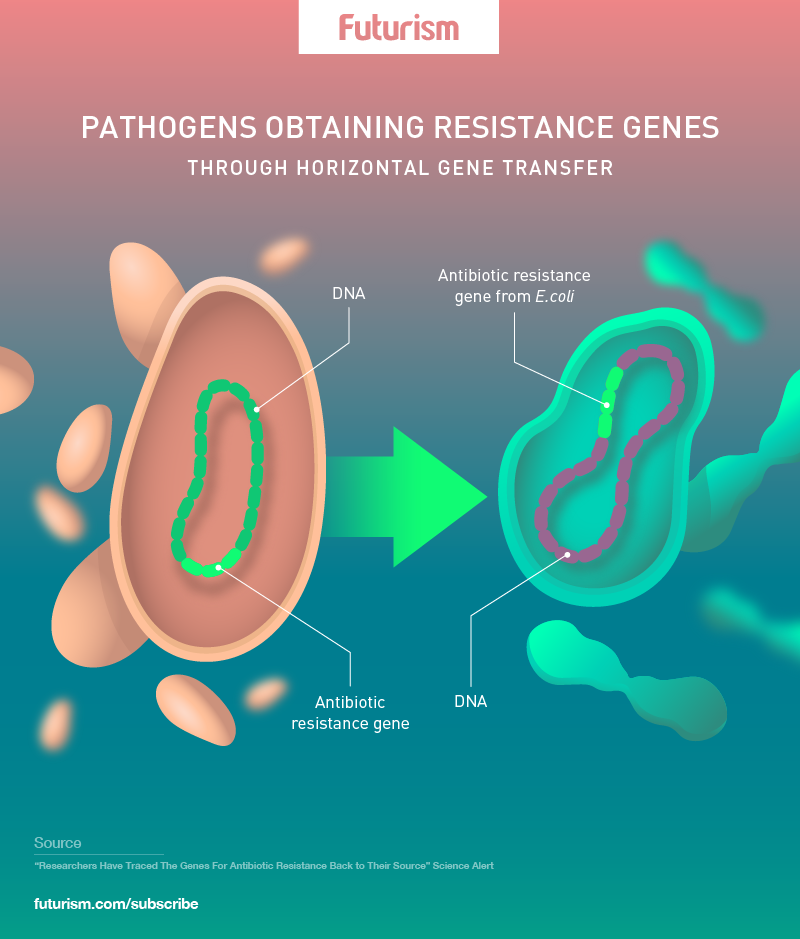 The Future of Infection

It is impossible to say with certainty how many infections occur worldwide in a given year, but according to the Centers for Disease Control and Prevention (CDC), in the U.S. alone there are an estimated 1.7 million healthcare-acquired infections, and 99,000 associated deaths, annually. While not all of those infections are bacterial, if the ones that are continue to develop immunity to the available treatments we have, they will only get worse. The challenge of antibiotic resistance itself only get progressively worse unless solutions are created — and sooner rather than later. This breakthrough won’t solve the entire problem, but being able to exactly locate where the resistance begins will be the first step in truly tackling it.