Just roll down your window and stick out your tongue. 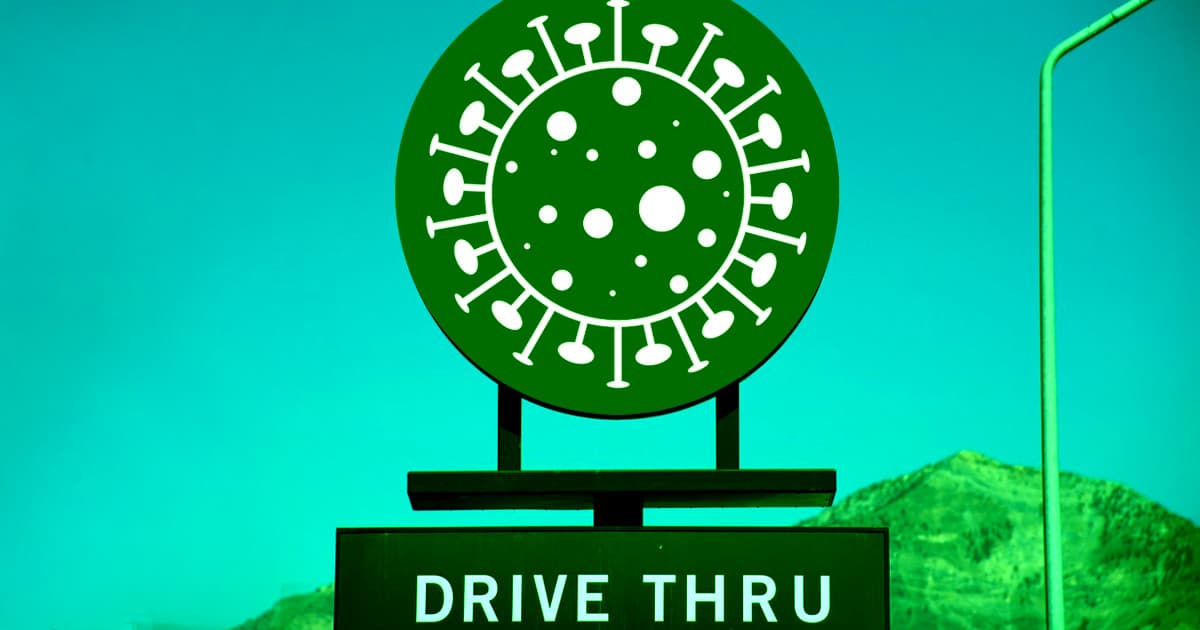 Medical centers are trying out an ingenious method of coronavirus testing that minimizes contact, maximizes efficiency, and relies on a near-ubiquitous mode of transport: drive-through testing stations.

After all, drive-through windows are already used for picking up food, coffee, drugs, cash, and even groceries.

Drive-through tests for the deadly COVID-19 disease, first pioneered in South Korea, are becoming an increasingly popular option, with countries including the US, Germany, and the UK working on opening their own.

"There's less face-to-face contact," Lee Jae-joon, the mayor of Goyang, a city in northern South Korea, told CNN earlier this month. "If you operate a testing site indoors, there is concern that suspected patients can infect each other in the waiting room."

Drive-through testing sites in Seoul, South Korea have helped the country successfully test hundreds of thousands of people in the country since the outbreak began.

That number is likely to keep rising. Almost 20,000 people are now being tested every day in South Korea, according to the BBC, far more per capita than anywhere else in the world. According to figures collected this past weekend, South Korea is administering over 3,600 tests per million people — while the US, for comparison, is still stuck at just five per million.

One way to speed up the process — apart from coming up with a reliable test — is to allow people to stay in their car as they're being tested. All patients have to do to get tested is roll down the window and stick out their tongue to be swabbed.

Several US states, including Colorado, Connecticut, Hawaii, and Washington, have also caught on to the trend, offering their own drive-through testing sites, The Verge reports.

The University of Washington Medical Center in North Seattle is now able to test 40 to 50 people a day with a drive-through station, according to local news.

Many US drive-through testing sites will need to see a doctor's note and a photo ID. And courtesy of the Colorado Department of Public Health and Environment, testing in the state is free without the need to provide proof of insurance.

One major challenge facing US healthcare providers is a severe shortage in testing kits.

"We have about 900 tests here in Colorado," governor Jared Polis said during a Tuesday news conference, as quoted by The Denver Channel. "At a rate of 200 a day, that’s just a few days’ supply."

"We have about 1,500 that we expect the CDC will be sending us in the next few days, but again, those numbers need to exponentially change," Polis added.

More on the virus: This, Not Hand Sanitizer, Will Save Us from the COVID-19 Coronavirus