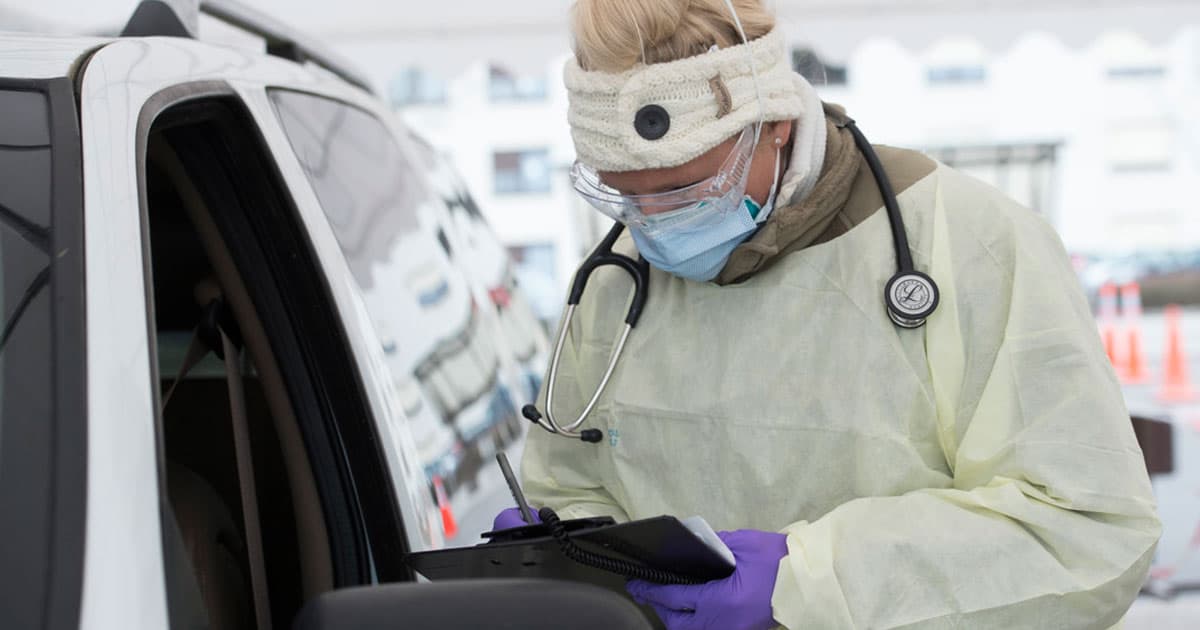 The US federal government plans to end funding for a number of coronavirus testing sites this Friday, according to NPR. That means a number of sites across the country will have to close. Many others will need to shift to state support to stay open.

The news couldn't have come at a worse time. The peak of the pandemic is quickly approaching in the US. Over 3,000 cases were reported in the country in just 24 hours. The total number of cases stands at over 430,000, with almost 15,000 deaths at press time.

"Many of the Community-Based Testing Sites (CBTS) are not closing, but rather transitioning to state-managed sites on or about April 10," a spokesperson for the US Department of Health and Human Services (HHS) told NPR.

"I am understandably disappointed that the supplies and federal contract for lab testing is ending just as we are heading into the surge here in southeastern Pennsylvania," Valerie Arkoosh, commission chair in Montgomery County in the Philadelphia suburbs told NPR.

The HHS claims the move is to give each state more "flexibility and autonomy to manage and operate testing sites," while prioritizing specific needs of their communities.

The news comes after U.S. President Donald Trump removed the legal watchdog that oversees the $2 trillion coronavirus package on Tuesday by removing inspector general Glenn Fine from his role, undermining accountability and oversight over the distribution of a massive financial package.

That move enraged the opposition.

"President Trump is abusing the coronavirus pandemic to eliminate honest and independent public servants because they are willing to speak truth to power and because he is so clearly afraid of strong oversight," Senate minority leader Chuck Schumer (D-NY) Schumer said in a statement in response to Fine's removal.

"Another Fake Dossier!" Trump wrote in a Tuesday tweet, criticizing a report recently released by Grimm that showed local hospitals were severely unprepared to fight the pandemic.

Read This Next
Crooked Cops
NYPD Cop Investigated for $1.5 Million Scheme to Sell Fake Vaccine Cards
From Our Partners
Enjoy Pre-Black Friday Savings On This Sterilizing Robot That Kills Viruses and Germs
From Our Partners
Breathe Easy With An Anti-Viral Face Mask In This Pre-Black Friday Sale
Human Experimentation
Inmates Treated With Ivermectin Without Their Knowledge
From Our Partners
Help Stop The Flu With These Virus-Fighting Masks
More on Sci-Fi Visions
What is Happening
Yesterday on the byte
Elon Musk Sets His Twitter Account to Private
From the Dept. of...
Monday on futurism
The Best Humidifiers of 2023
Human v. Giraffe
Jan 24 on the byte
Chaotic Italian Fashion Line Baffles Facial Recognition Software
READ MORE STORIES ABOUT / Sci-Fi Visions
Keep up.
Subscribe to our daily newsletter to keep in touch with the subjects shaping our future.
+Social+Newsletter
TopicsAbout UsContact Us
Copyright ©, Camden Media Inc All Rights Reserved. See our User Agreement, Privacy Policy and Data Use Policy. The material on this site may not be reproduced, distributed, transmitted, cached or otherwise used, except with prior written permission of Futurism. Articles may contain affiliate links which enable us to share in the revenue of any purchases made.
Fonts by Typekit and Monotype.