The Coronavirus Holy Grail: Testing Whether You're Immune

"People who are immune could be the first people to go back to normal life and start everything up again." 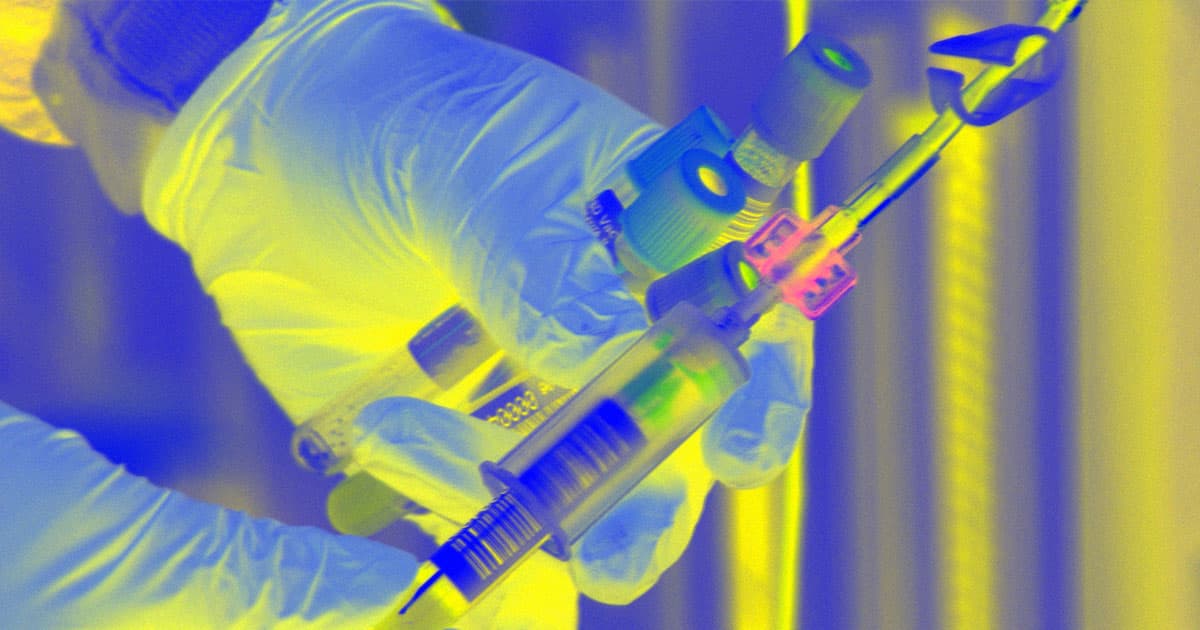 Image by US Navy/Victor Tangermann
Developments

One of the strangest aspects of the coronavirus outbreak has been the unknown:

Have I gotten it yet? Did I already get it? Am I immune now?

In other words, was that cough you had a couple weeks back just a regular bug, or was it a mild case of COVID-19? You felt pretty sick, but you never noticed a fever. And then you got better. Should you still be hiding indoors?

If you're experiencing symptoms and you're exceptionally lucky or well-connected, you might be able to get swab-tested to detect whether or not you currently have the virus. That's useful info, because it means that after you've self-quarantined, your body has produced disease-fighting antibodies it needs to slap the virus down.

But if you didn't get tested while you were sick — and if you're like most people, as of right now you won't be able to — and then you got better, you're currently left in the strange position of not knowing whether or not you could still catch the bug, and spread it to others.

That's why it's such an exciting, hopeful development that a number of research teams are zeroing in on a blood test that specifically identifies whether your body has developed an immunity against the coronavirus, as Reuters is reporting.

"Ultimately, this [antibody test] might help us figure out who can get the country back to normal," Florian Krammer, a professor in vaccinology at Mount Sinai’s Icahn School of Medicine who's working on one such test, told Reuters. "People who are immune could be the first people to go back to normal life and start everything up again."

Krammer's team has already developed a promising test, according to Reuters, and they're in the process of sharing the procedure with other labs and Mount Sinai, which plans to start using it to test patient samples.

Even more promising, the news agency reports, is that body fluid tests don't need exhaustive approval from the Food and Drug Administration, meaning that tests like Krammer's could end up in circulation soon.

It's worth pointing out, as Reuters did, that there are several lingering questions about COVID-19 immunity. It's not clear how long it lasts, for instance, or how accurate the new tests might be.

There have even been scattered reports of people already catching the coronavirus twice, though scientists say the question merits further study.

But if the new tests do pan out, they could be an absolute game changer in the fight against the pandemic. For one thing, they'd allow people who'd already caught the virus — knowingly or otherwise — to go out and rejoin society, breathing life back into the stalled world economy.

And they'd be invaluable for health care providers, who would be able to treat sick patients knowing they were unable to catch the virus themselves.

"If I ever get the virus and then get over it, I’ll want to get back to the front lines ASAP," Adams Dudley, a pulmonologist and faculty member at the University of Minnesota School of Medicine. "I would have a period in which I am immune, effectively making me a ‘corona blocker’ who couldn’t pass the disease on."

Long story short, this could be the closest thing we would have to a vaccine for a while. Watch this space.

Image by US Navy/Victor Tangermann