This App Claims It Can Hear COVID-19 in Your Voice

"We've heard that the nasal swabs return a disturbing number of false negatives." 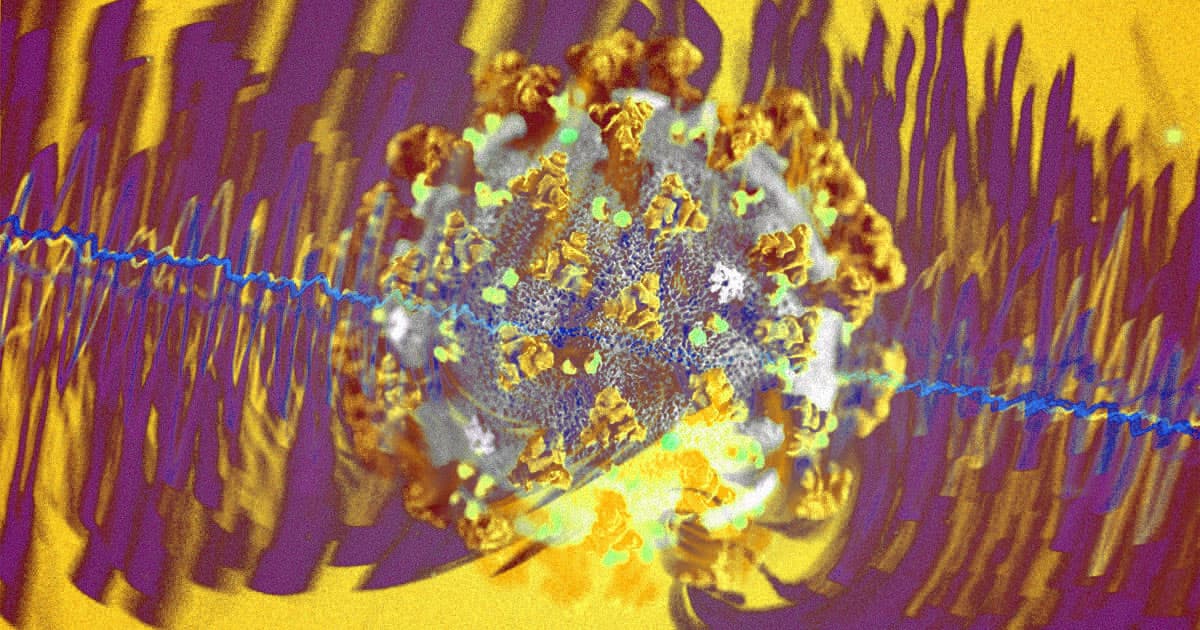 As some companies re-open their offices or plants, some workers may find themselves asked to partake in a strange new morning ritual: Answer a few questions about their health, take their temperature, and say "ahhh" into their phone.

After a few seconds, an app called Sonde One will make a snap decision. If their temperature is too high or they sound sick, it will tell them to stay home with a warning that there's a good chance they caught COVID-19.

The app, made by healthcare developer Sonde Health to counter the coronavirus pandemic, doesn't diagnose any diseases — as CEO David Liu was careful to emphasize on a call with Futurism. But it does search for symptoms in an oft-overlooked biomarker: the voice.

"When there's disease and symptoms occur, they do affect different parts of your body. To speak, that takes over 100 different parts of the body," Liu told Futurism. "The brain, muscles in the jaw, tongue, mouth, throat, all the way down to your lungs and heart — they all come together in concert in order to give your body the ability to speak."

"When your body is suffering from a symptom of a disease," he added, "you will notice — and it's audible to the human ear — that something physiologically is affecting your ability to speak, your voice."

It's a relatively new way to probe for disease. But companies are already taking note. Asking employees to say "ahhh" into their phone for a few seconds per day is much less disruptive — and expensive — than lining everyone up to take their temperature or requiring actual coronavirus tests.

Sonde's app isn't the first to attempt to test for COVID. Earlier this year, researchers at Carnegie Mellon University released a similar project that analyzed users' voices for signs of the respiratory illness.

Sonde already has one large client sold on the app. The cloud computing firm SHI International plans to deploy it for its 4,200 employees in August.

Liu clarified that it's up to Sonde's customers to decide what threshold of risk they're willing to accept from the questionnaire, temperature, and audio analysis.

"The voice analysis, what comes out of that is a score," Liu said. "A risk assessment: either, high, medium, or low. And that's respiratory symptom risk. When we work with employers, we provide them this data, and employers create a rubric. We don't actually decide who stays home."

Sonde One also, Liu repeated, doesn't actually identify COVID-19. In fact, the company is only just now testing the app on coronavirus patients. Rather, he says, it determines how likely it is that someone is experiencing the respiratory symptoms that are often linked to the disease.

"Currently our machine learning model has been shown to have an accuracy of over 70 percent for detecting the presence of acoustic voice changes that occur in patients with a range of specific respiratory diseases including asthma and COPD," Liu said in a follow-up email.

It's a distinction that's important for legal purposes — and when asked to compare Sonde One to coronavirus nasal swabs and blood tests, Liu is quick to argue that one shouldn't replace the other.

"You'll never hear us say that we will replace a nasal swab type of test," Liu told Futurism. "Those serve a certain need for diagnosis."

But he added that the swabs are cumbersome, and requiring them for employees at a large company like SHI would be a logistical nightmare, to say nothing of the long wait for results that many Americans have experienced.

"It's going to be difficult to expect people to do that daily," he said.

Speaking into a phone for six seconds is certainly less disruptive than sticking a swab in every employee's nose, but Liu added that his company's big data approach might also improve upon the tests in general.

"We've heard that the nasal swabs return a disturbing number of false negatives, and that’s kind of disturbing," he said. "That's the reality of what we're seeing: more data more often will win the day, I think. You want to be able to know right away, right when they're developing symptoms, so you can prevent spread."

Overall, Liu said, he wants to offer an app that's as simple and non-invasive as possible so that people will actually use it.

In a country where many still refuse to wear masks in public, that may not be the worst idea.

"It's really important for us to get this as widely adopted as possible," Liu said.