Horrifying Study: Corpses Thrash Around For a Year After Death

Scientists photographed a corpse for 17 months so you don't have to. 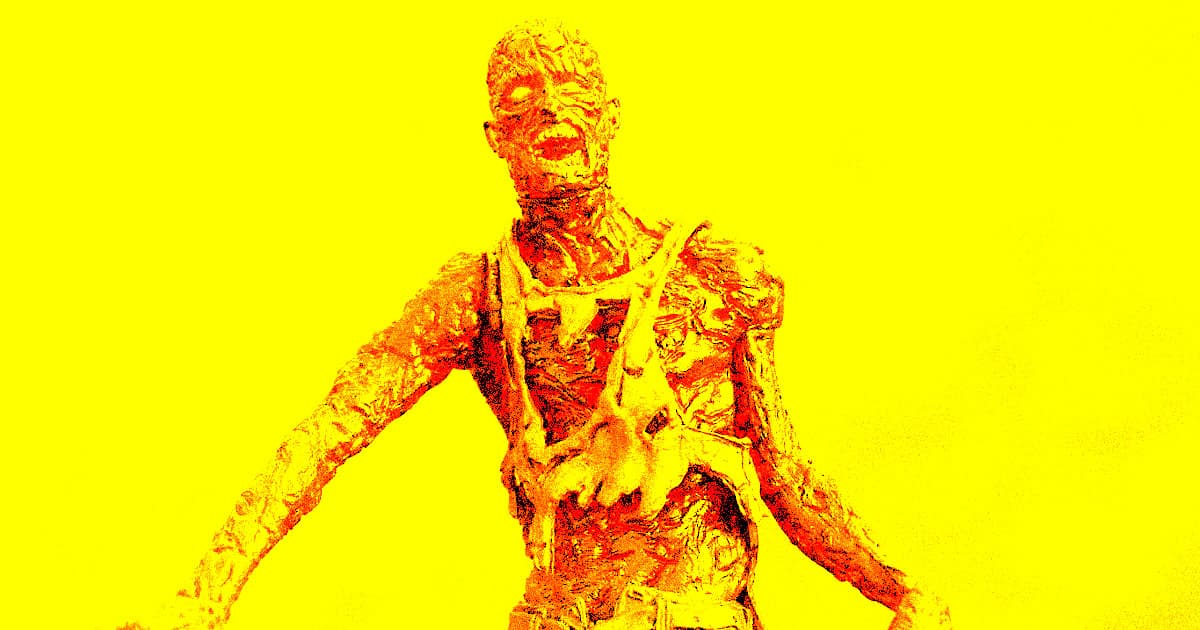 People spinning in their graves is actually quite common, according to gruesome new scientific research.

As bodies decompose, they tend to slowly-but-surely writhe around for a year or longer, according to Agence France-Presse. This disturbing factoid comes courtesy of scientists at the Australian Facility for Taphonomic Experimental Research — a "body farm" where human corpses are made available for scientific research — and it could have far-reaching implications for forensic investigators.

To determine how corpses wriggle around over time, Australian scientists photographed a man's corpse — donated to the body farm for study — every half hour for 17 months, according to research published last month in a new journal called Forensic Science International: Synergy.

Troublingly, the body's arms started down along its sides — but ended up outstretched.

"We think the movements relate to the process of decomposition, as the body mummifies and the ligaments dry out," Central Queensland University scientist Alyson Wilson told AFP.

Wilson told AFP that she hopes her discovery can help improve forensic investigators interact with bodies at crime scenes. Time-lapse photography is already a commonly-used practice to monitor decomposition and calculate the time of death, but understanding how bodies move over time could make those calculations more accurate.

"Once I observed a movement in a previous study, I started researching and couldn't find anywhere in the world that looks at quantifying the movement," Wilson told AFP, "so I thought 'OK, I'm going to do this.'"

More on death: 7 Ways to Die in the Future