23andMe Just Opened a Pop-Up Shop in a Mall

And it could be just the first store of many. 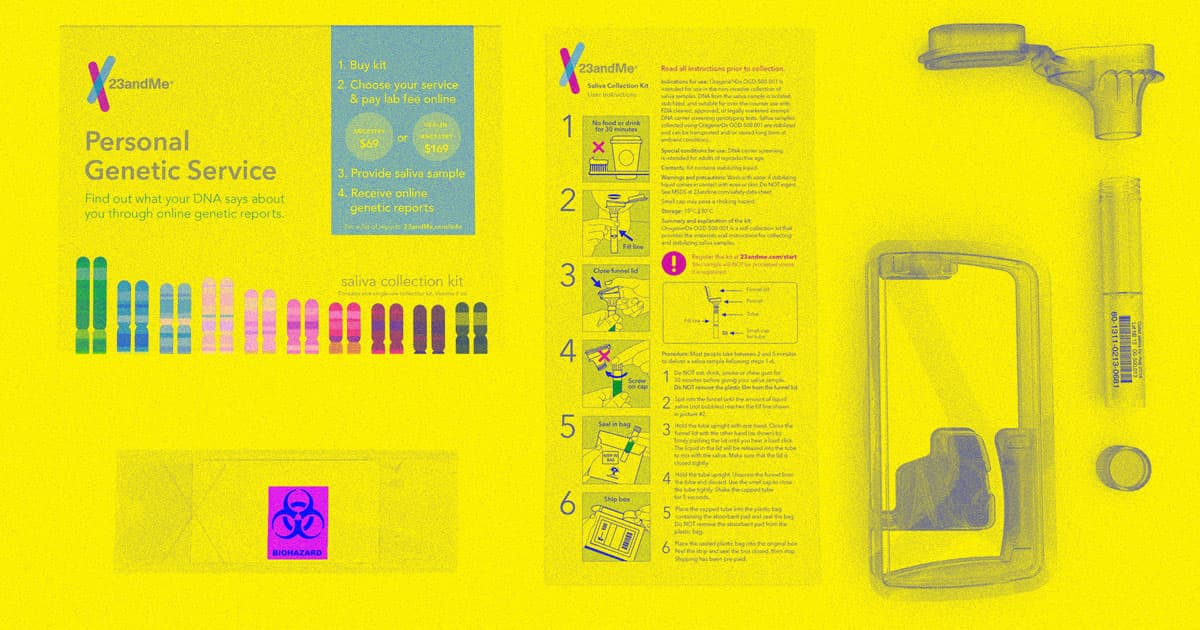 23andMe is moving out of the home and into the mall.

Now, rather than going online to order one of the company's DNA testing kits, which cost between $99 and $199, and waiting for it to arrive via mail, shoppers can visit the physical location to pick up a kit and talk to company representatives about DNA testing.

This added convenience could help 23andMe learn how to better serve its customers, the company's CEO Anne Wojcicki told Bloomberg.

The shop will remain open through January, and while it may be 23andMe's first retail location, Wojcicki suspects that it won't be the last.

"In the future, I think that there’s all kinds of in-person experiences that would be valuable to customers," she told Bloomberg. "We’ll see what the experience is like."

While shoppers might see at-home DNA tests as a fun gift for the holidays, the industry is fraught with controversy. The tests themselves are often later proven to be inaccurate, and the companies collecting all this DNA data regularly share it with third parties — a practice they're seldom forthcoming about.

Still, some of the collaborations between at-home DNA testing companies and researchers have yielded valuable scientific findings — and if 23andMe's foray into brick-and-mortar sales grows its database significantly, we could see even more impressive research in the future.

READ MORE: 23andMe Hits the Mall Ahead of the Holiday DNA-Testing Rush [Bloomberg]

6.28.22 Developments
Study Finds That Weed Puts You at Higher Risk for Hospitalization
"Cannabis use is not as benign and safe as some might think."
By Frank Landymore / Read More >>
6.28.22 Devices
Robotic Arms Allow Paralyzed Man to Eat Cake With Knife and Fork
This is amazing.
By Victor Tangermann / Read More >>
6.24.22 Studies
Dyslexia Actually Grants Special Powers, Researchers Say
"The deficit-centered view of dyslexia isn’t telling the whole story."
By Lonnie Lee Hood / Read More >>
Keep up.
Subscribe to our daily newsletter to keep in touch with the subjects shaping our future.
+Social+Newsletter
TopicsAbout UsContact Us
Copyright ©, Camden Media Inc All Rights Reserved. See our User Agreement, Privacy Policy and Data Use Policy. The material on this site may not be reproduced, distributed, transmitted, cached or otherwise used, except with prior written permission of Futurism. Fonts by Typekit and Monotype.