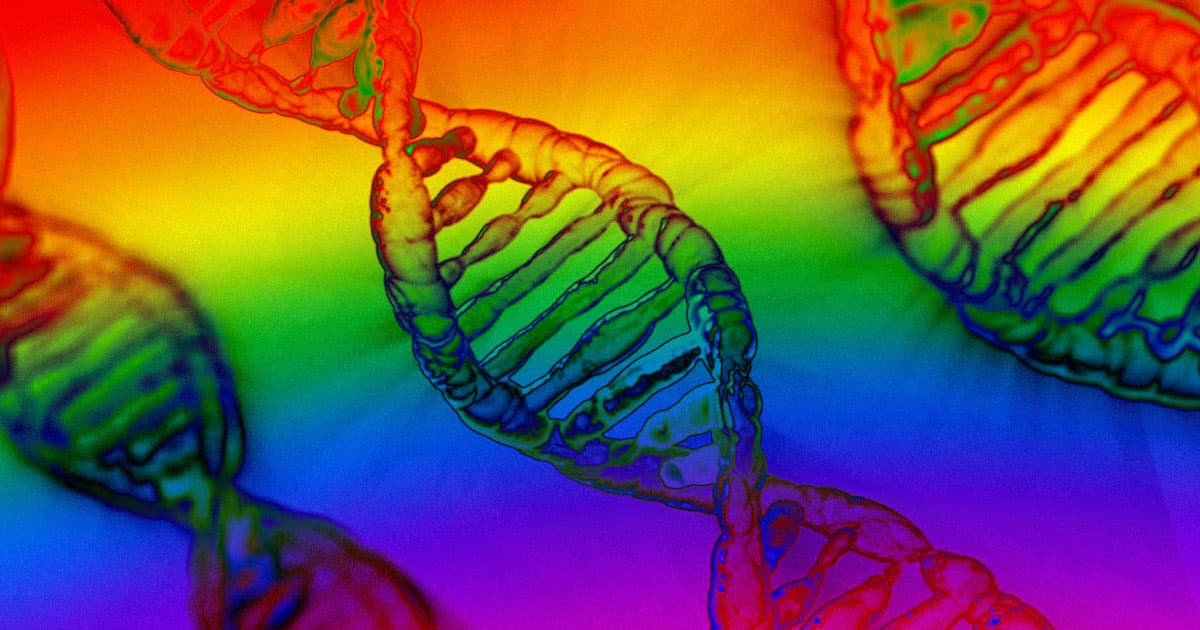 The biological basis for sexual orientation is far more complicated.

The biological basis for sexual orientation is far more complicated.

The notion of a so-called gay gene, or a single genetic marker that determines a person's sexual orientation, got tossed out the window by a massive new study.

While scientists still expect sexual orientation to at least partially be determined by genetics, those not-yet-understood factors are far more complex than a single genetic on/off switch, according to Live Science. The notion of a "gay gene" dates back to a single 1993 experiment that was never replicated, and now for the first time, conclusive research can put the theory to rest.

The new experiment, published Friday in the journal Science, succeeded by virtue of its sheer scale. Twenty doctors from 21 research institutions collaborated with the genetic testing company 23andMe's research team to analyze the genomes of 493,001 participants from the U.S. and Europe. The paper concluded that sexual orientation is linked with a large number of genes and is more likely to exist on a spectrum than a binary.

"To give you a sense of the scale of the data, this is approximately 100-times-fold bigger than previous studies on this topic," Andrea Ganna, the Harvard scientist who oversaw the project, told Live Science.

Previous experiments were too small to make decisive conclusions. They were also limited by the difficulty of recruiting homosexual participants, Live Science reports, given that same-sex relationships are illegal in many parts of the world.

More on reproductive issues: Advanced Reproductive Technology is Here. But Who Decides Who Gets Access?