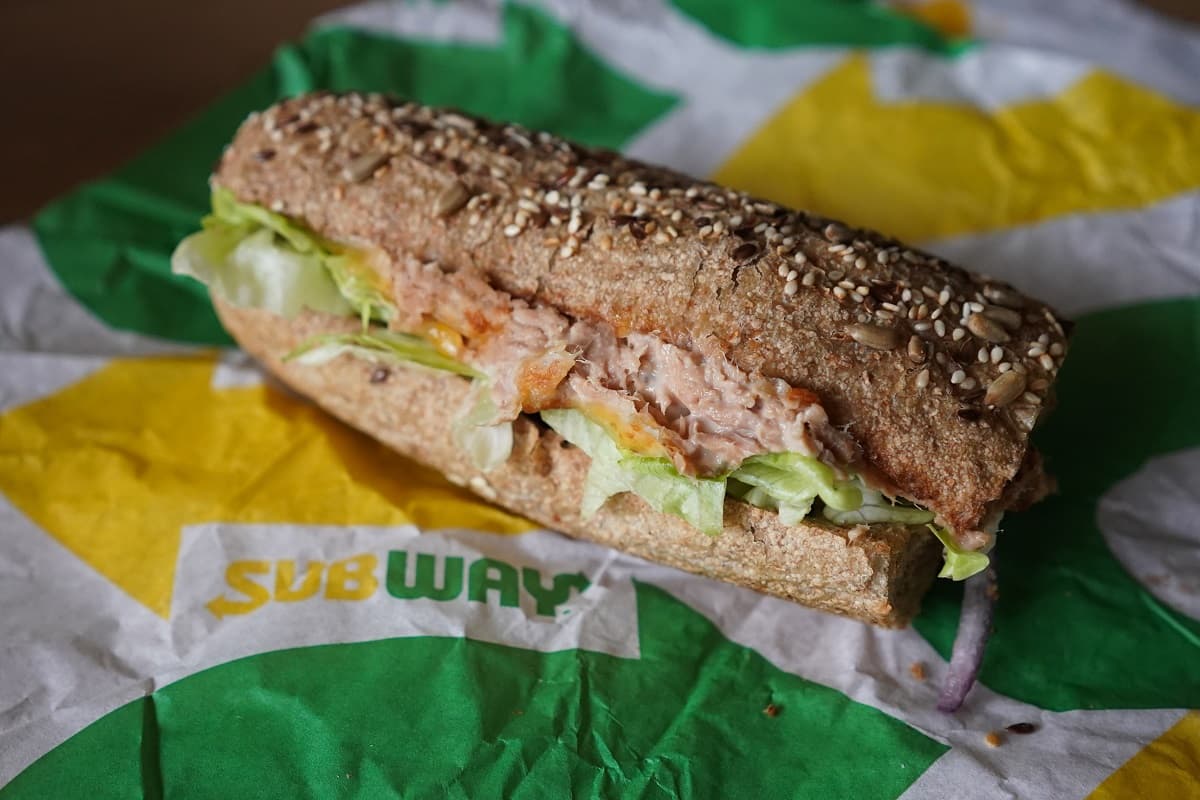 Remember when a lawsuit claimed that DNA testing had failed to find any actual tuna in what the sandwich chain Subway was selling as tuna salad, prompting a furious rebuttal from the company's CEO?

Well, now the suit is back — and this time, the Washington Post reports, the plaintiffs are making ominous new claims about what genetic material the alleged tuna really does contain.

Originally, the suit had characterized the putative fish material as a "mixture of various concoctions that do not constitute tuna, yet have been blended together by defendants to imitate the appearance of tuna."

Now, WaPo reports that in an amended suit, they're going into more methodological detail, saying that they collected tuna samples from 20 Subway locations around Southern California and sent them to the Barber Lab at UCLA's Department of Ecology and Evolutionary Biology.

The results of those tests, according to the suit, failed to inspire confidence. Only one of the 20 samples revealed any tuna DNA at all, and all 20 appeared to contain chicken DNA, 11 included pork, and seven more indicated the presence of beef.

As WaPo points out, that wouldn't just be vaguely disgusting — it would mean that countless customers were inadvertently running afoul of dietary restrictions ranging from religious guidelines to pescatarianism, which would represent an immense ethical snafu by Subway.

It's worth noting, though, that Subway is still strenuously objecting to the claims.

"The plaintiffs’ latest attempt to state a claim against Subway is just as meritless as their prior attempts," Mark Goodman, an attorney representing Subway, said in an email statement to WaPo. "These claims are false and will be proven to be completely meritless if the case gets past the pleading stage."

Goodman also called the claims in the suit "fatally vague" and "based on flawed testing and misstate the contents of Subway tuna sandwiches, salads and wraps."

"The fact remains that Subway tuna is real and strictly regulated by the FDA in the US, and other government entities around the world," the spokesperson added.

Read more: The Subway tuna lawsuit is back, alleging that samples contain chicken, pork and cattle DNA [The Washington Post]

Read This Next
There They Go
Biotech Company Officially Unleashes Gene-Hacked Mosquitoes in Florida
Gene-Hacked Blood Suckers
Residents Furious at Release of 500 Million Gene-Hacked Mosquitoes
So Long Hard Drives
Scientists Successfully Store Data Inside DNA of Living Bacteria
Buck Like Funnies
This Plastic Bunny Has DNA Explaining How to Make More Bunnies
Brands We Love
Learn About Your Past and Take Control of Your Future With 23andMe Health + Ancestry
More on Hard Science
It From Bit
Nov 22 on the byte
A Scientist Is Crowdfunding an Experiment to Check if We Live in a Simulation
Water Carrying
Nov 20 on the byte
Evidence Grows That Soggy Meteorites Gave Earth Its Oceans
Shroom News
Nov 20 on the byte
Scientists Build Circuit Boards Based on Mushrooms
READ MORE STORIES ABOUT / Hard Science
Keep up.
Subscribe to our daily newsletter to keep in touch with the subjects shaping our future.
+Social+Newsletter
TopicsAbout UsContact Us
Copyright ©, Camden Media Inc All Rights Reserved. See our User Agreement, Privacy Policy and Data Use Policy. The material on this site may not be reproduced, distributed, transmitted, cached or otherwise used, except with prior written permission of Futurism. Articles may contain affiliate links which enable us to share in the revenue of any purchases made.
Fonts by Typekit and Monotype.