This Plastic Bunny Has DNA Explaining How to Make More Bunnies

It could hold the key to solving the world's data storage problem. 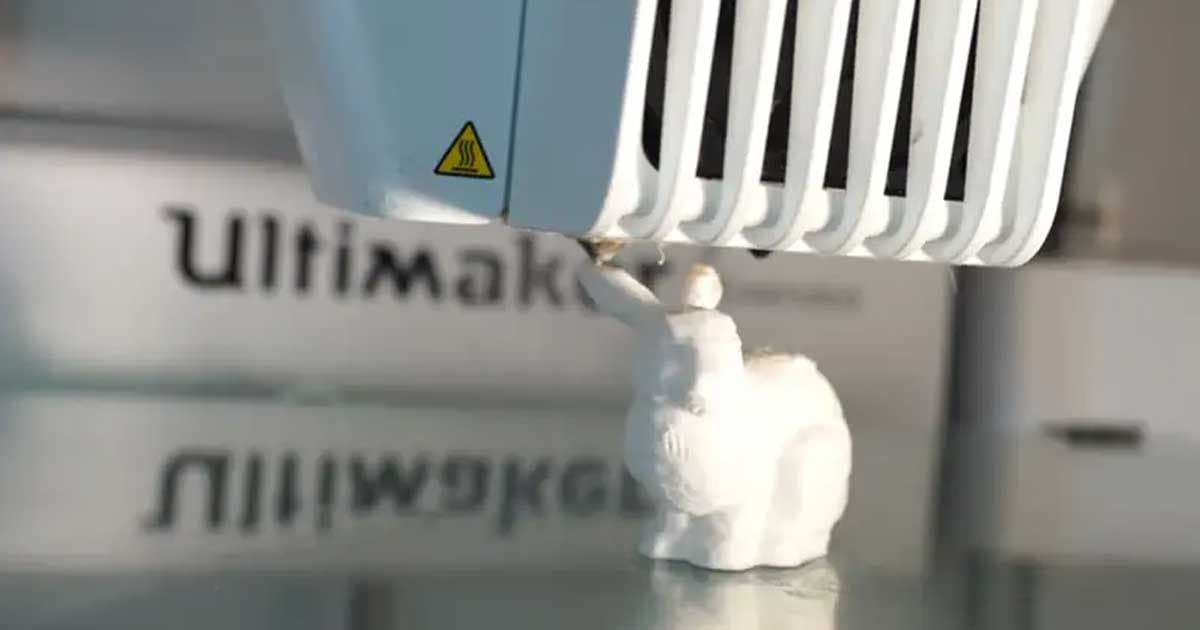 Humanity is creating digital data at a breakneck pace — by 2020, experts predict that we'll produce an average of 1.7 megabytes of data for each person on Earth every second.

And a tiny plastic bunny could be the key to storing all of it.

Today, most data is stored in 1s and 0s, usually on magnetic- or optical-based systems such as hard drives or DVDs. That's far from ideal, given that the systems have a max lifespan of about a century and the amount of data each device can store is tiny compared to the massive amount humanity produces.

Past research has shown that it's possible to translate the 1s and 0s of binary code into the As, Ts, Cs, and Gs of DNA and then create artificial DNA molecules containing that code. A single gram of this DNA can store a billion terabytes of data and preserve it for potentially thousands of years.

Now, a team of European scientists has found a way to store that DNA in essentially any object — a capability it demonstrated by encoding instructions for creating a 3D-printed plastic bunny right in the bunny itself.

For their study, which was published in the journal Nature Biotechnology on Monday, the researchers first encoded the printing instructions for the bunny in DNA. They then encased that DNA in glass nanobeads and added the beads to the plastic used to 3D print the bunny.

"Just like real rabbits, our rabbit also carries its own blueprint," researcher Robert Grass said in a press release.

The scientists demonstrated the technology in meta fashion.

After printing the first bunny, they lopped off a bit of its ear and extracted the DNA-containing beads. They then used a DNA sequencer to decode the instructions so they could create another bunny complete with the DNA-containing nanobeads — and then another, and another until they had five generations of identical bunnies

"With this method, we can integrate 3D-​printing instructions into an object," Grass said, "so that after decades or even centuries, it will be possible to obtain those instructions directly from the object itself."

Eventually, they believe their "DNA of Things" storage form could be used to embed data into countless physical objects — preserving it for far longer than today's hard drives and discs.

Read This Next
Mystery Meat
Lawsuit Claims That Subway "Tuna" Contains Extremely Weird DNA
So Long Hard Drives
Scientists Successfully Store Data Inside DNA of Living Bacteria
Brands We Love
Learn About Your Past and Take Control of Your Future With 23andMe Health + Ancestry
Futurism
3D Printed Sugar Scaffolds Could Help Grow Organs, Then Dissolve Away
Futurism
Never-Before-Seen Viruses With Weird DNA Were Just Discovered in The Ocean
More on Hard Science
It From Bit
Nov 22 on the byte
A Scientist Is Crowdfunding an Experiment to Check if We Live in a Simulation
Water Carrying
Nov 20 on the byte
Evidence Grows That Soggy Meteorites Gave Earth Its Oceans
Shroom News
Nov 20 on the byte
Scientists Build Circuit Boards Based on Mushrooms
READ MORE STORIES ABOUT / Hard Science
Keep up.
Subscribe to our daily newsletter to keep in touch with the subjects shaping our future.
+Social+Newsletter
TopicsAbout UsContact Us
Copyright ©, Camden Media Inc All Rights Reserved. See our User Agreement, Privacy Policy and Data Use Policy. The material on this site may not be reproduced, distributed, transmitted, cached or otherwise used, except with prior written permission of Futurism. Articles may contain affiliate links which enable us to share in the revenue of any purchases made.
Fonts by Typekit and Monotype.