We Can Observe Memories Being Passed Down Through Generations

These memories could help us fight Alzheimer's and cancer. 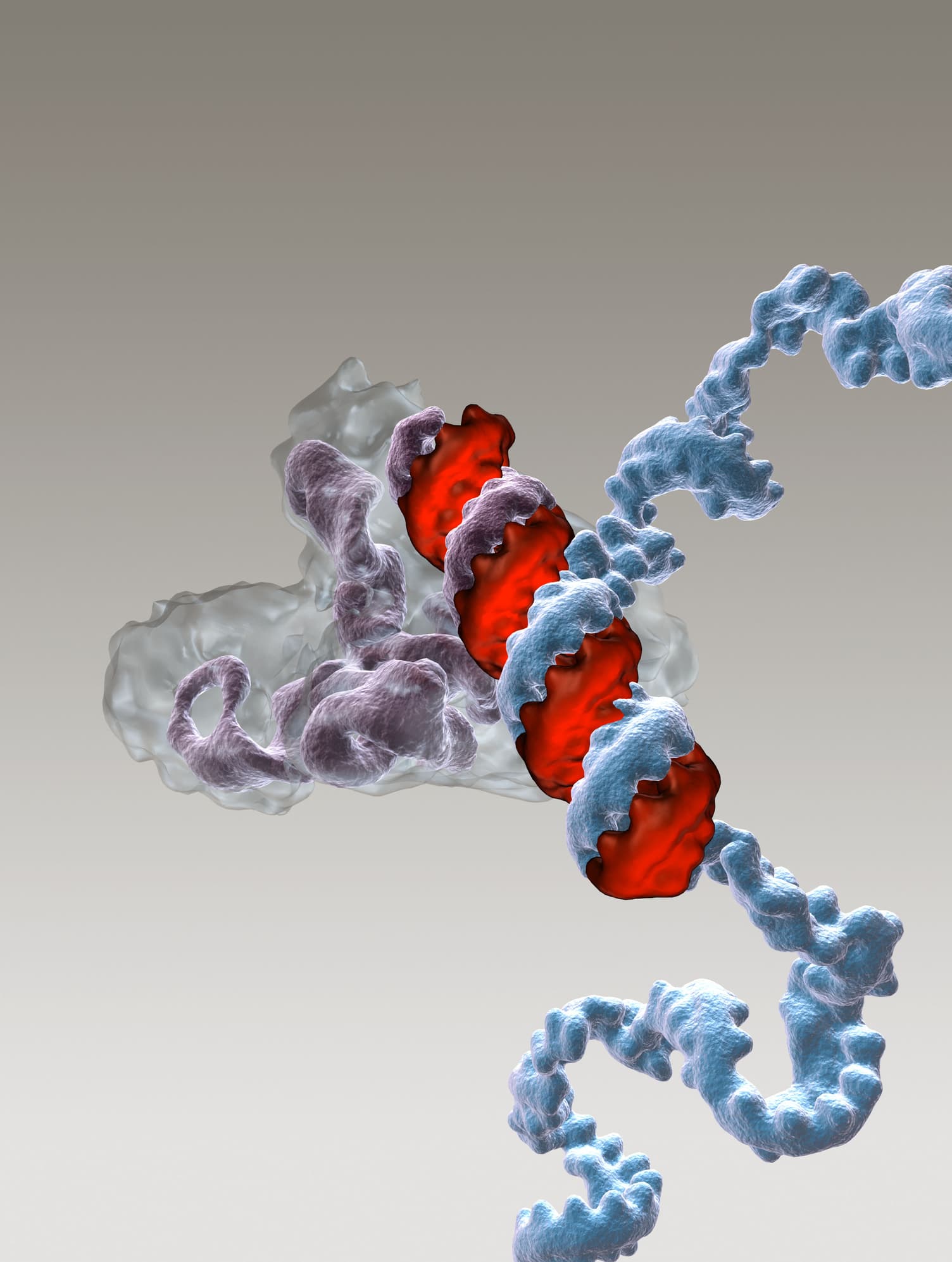 We know a great deal about how genetic traits are passed down from one generation to another. It's simple enough to understand. Some characteristics, such as hair color or susceptibility to certain diseases, are handed down from parent to child and on and on. However, in recent years, scientists have learned that we don't only inherit our parents' genetic information — we can also inherit their epigenetic information through cells' epigenetic memory.

Our epigenome influences which of our genes are expressed and to what extent. These modifications in an organism's DNA don't change the DNA sequence itself, and unlike our genome, which is coded into us from birth, our epigenome changes throughout our lifetime and can be influenced by such factors as the environment, lifestyle, age, and even disease state.

Previously, scientists assumed that changes in a person's epigenome due to these outside factors died with them, but recent research has shown that's not the case. Epigenetic information can actually be passed down to offspring.

"The ability of mammals to pass on epigenetic information to their progeny provides clear evidence that inheritance is not restricted to DNA sequence and epigenetics plays a key role in producing viable offspring," wrote biologists Zoë Migicovsky and Igor Kovalchuk in a 2011 study published in Frontiers in Genetics.

Researchers have been trying to better understand this epigenetic memory, and they've made remarkable progress on that front.

In 2014, scientists at the University of California, Santa Cruz, proved that one epigenetic mark could be passed down through generations, and in 2016, Tel Aviv University researchers claimed that they were close to figuring out the mechanisms that allow epigenetic inheritance to occur.

In April 2017, researchers from the European Molecular Biology Organization (EMBO) in Spain published a study in Science demonstrating how epigenetic memories of environmental changes can be passed down to 14 generations of glow worms.

While the ability of the environment to affect the development of certain genes is remarkable in and of itself, even more remarkable is that we may be able to use this knowledge in our fight against certain genetically induced or genetically linked diseases.

Alzheimer's is thought to be caused by both genetic and environmental factors, and cancer could also have epigenetic causes. Neuropsychiatric, immunity, and mental retardation disorders are also viable areas of study for epigeneticists.

Understanding how the environment can affect the health of not just an individual but potentially their offspring as well could have a long-lasting impact on healthcare and disease prevention.

We're living at a time when techniques for genetic manipulation are better than ever before, thanks to next-generation sequencing methods and gene-editing techniques such as CRISPR-Cas9. Combined with this new knowledge of how certain epigenetic memories get passed down, we could possibly find ways to edit out any epigenetic factors that could negatively impact multiple generations.

Whether through genetic manipulation or some other form of treatment, our knowledge of how epigenetic memory works can change how we approach genetic diseases. At the very least, knowing that our environment and lifestyle can be inherited could lead some to make healthier decisions in this lifetime for the sake of future generations.

Read This Next
Mystery Meat
Lawsuit Claims That Subway "Tuna" Contains Extremely Weird DNA
So Long Hard Drives
Scientists Successfully Store Data Inside DNA of Living Bacteria
Buck Like Funnies
This Plastic Bunny Has DNA Explaining How to Make More Bunnies
Brands We Love
Learn About Your Past and Take Control of Your Future With 23andMe Health + Ancestry
Futurism
Never-Before-Seen Viruses With Weird DNA Were Just Discovered in The Ocean
More on Hard Science
Tractor Beam
Thursday on the byte
Scientists Build Working Tractor Beam, Although It's Comically Tiny
Having a Blast
Jan 18 on the byte
New Study Shows Where You Should Hide to Survive a Nuclear Attack
Offworld Amino
Jan 15 on the byte
Scientists Find Building Blocks of Life in Meteor That Smashed Into Family's Driveway
READ MORE STORIES ABOUT / Hard Science
Keep up.
Subscribe to our daily newsletter to keep in touch with the subjects shaping our future.
+Social+Newsletter
TopicsAbout UsContact Us
Copyright ©, Camden Media Inc All Rights Reserved. See our User Agreement, Privacy Policy and Data Use Policy. The material on this site may not be reproduced, distributed, transmitted, cached or otherwise used, except with prior written permission of Futurism. Articles may contain affiliate links which enable us to share in the revenue of any purchases made.
Fonts by Typekit and Monotype.