See CRISPR alter the source code of life as it happens. 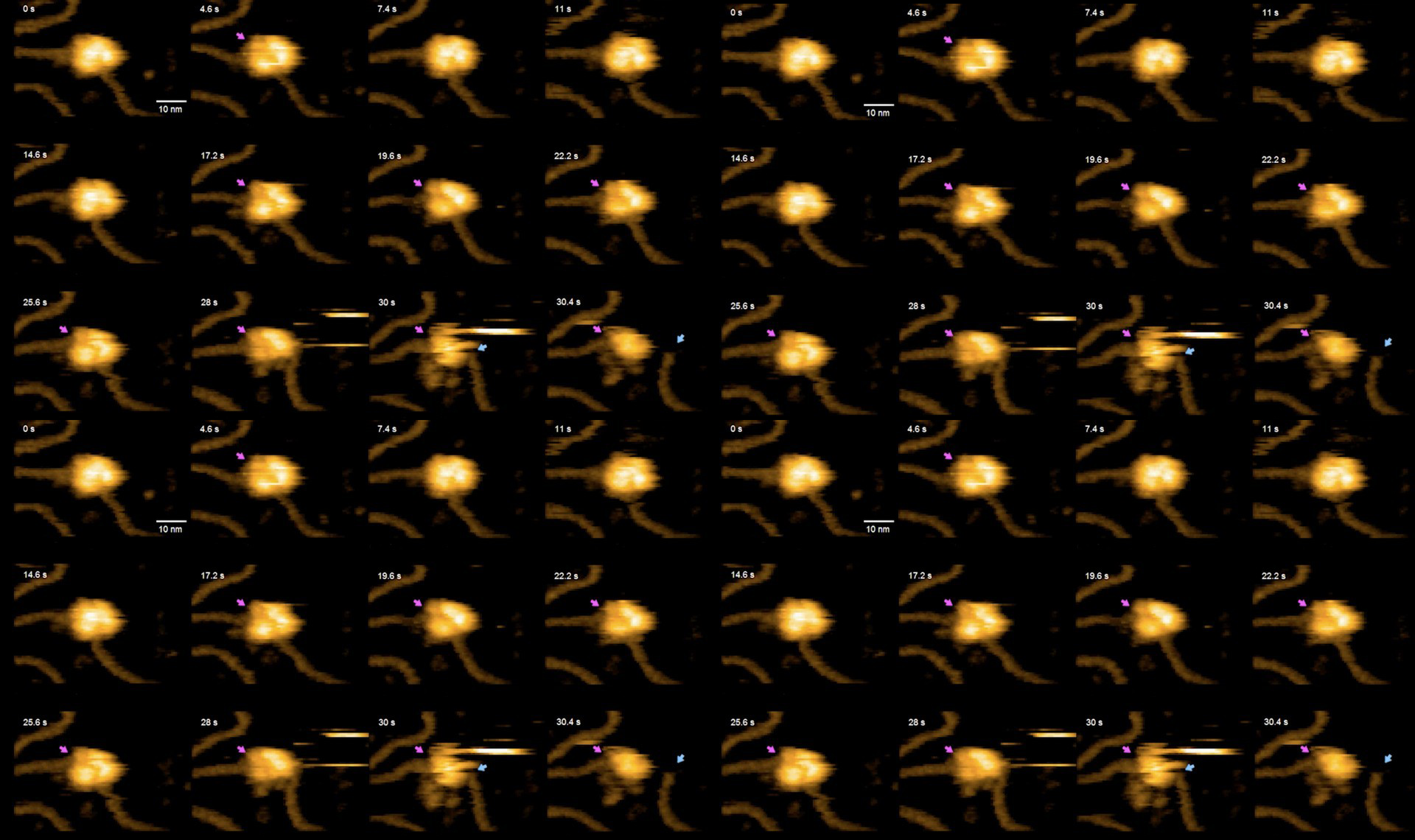 CRISPR, or Clustered Regularly Interspaced Short Palindromic Repeat, refers to the unique organization of repeating DNA sequences. These sequences are a critical part of the immune systems of microorganisms like bacteria. The CRISPR system can destroy the genome in any attacking viral infection, preventing it from replicating. Using this process, researchers have developed CRISPR technology, which allows them to make specific changes to the DNA of humans, animals, and even plants. Faster and easier than previous methods and attempts, CRISPR is paving the way for gene editing.

In a shockingly detailed new video, you can actually see CRISPR editing DNA in real-time. The video was first showcased in Big Sky, Montana where dozens of CRISPR scientists gathered to discuss progress. Osamu Nureki, a Japanese researcher attending the event played the film and the crowd's reaction really says it all. “I was sitting in the front, and I just heard this gasp from everyone behind me,” says Sam Sternberg, who worked at the University of California, Berkeley in the lab of CRISPR pioneer Jennifer Doudna. Such a strong reaction to data isn't a common sight, even among enthusiastic scientists. This film truly captured the passion and drive that is behind current advances using CRISPR technology.

Single-molecule movie of DNA search and cleavage by CRISPR-Cas9. pic.twitter.com/3NQxmbvzJF

Nureki published a paper on the making of this film on Friday in the journal Nature Communications, but the imagery of the video itself continues to delight and astound.

In the above short clip from the video, you can see CRISPR cleaving a strand of DNA in real-time. Scientists have accomplished so much without ever really seeing gene editing in action, at least so clearly and directly. And so, not only is it incredible and beautiful in a never-before-seen and unique way; this ability could serve as a useful tool in furthering the study and development of gene-editing technologies.

CRISPR's uses span a great many fields and could ultimately save countless lives. So far, CRISPR has been used to eliminate HIV in mice, genetically engineer more muscular dogs, alleviate genetic disorders (currently only in animals), expedite crop growth in agriculture, and even engineer new types of antimicrobial treatments. These are just a few examples, but the last application, specifically, could ultimately save lives. Antibiotic resistance continues to plague society as one of the most pressing and threatening realities of modern life.

Until now, gene-editing technologies have been regarded as well-established, and proven to work, but never so directly. This really brings the technology to life and allows both scientists and the general public to really see what's going on. This may lessen some of the stigma and fear that are often associated with gene editing. It's now more digestible, and more readily accessible as a concept, which will hopefully allow the technology to propel forward even faster and with more support. “The result is fairly easy to understand,” said Hiroshi Nishimasu, one of Nureki’s collaborators on the paper. “People say, ‘Wow!’ It’s very simple.”

Read This Next
Mystery Meat
Lawsuit Claims That Subway "Tuna" Contains Extremely Weird DNA
So Long Hard Drives
Scientists Successfully Store Data Inside DNA of Living Bacteria
Buck Like Funnies
This Plastic Bunny Has DNA Explaining How to Make More Bunnies
Brands We Love
Learn About Your Past and Take Control of Your Future With 23andMe Health + Ancestry
Greater Good
China Isn’t Afraid to Be the "Bad Guy" of CRISPR Research
More on Hard Science
Warped Tour
Yesterday on futurism
Professor Believes Door to Warp Drive May Lie With Ethylene Glycol
Sky Bursts
Yesterday on the byte
Astronomers Intrigued by 25 Mysterious Repeating Radio Signals From Deep Space
Tractor Beam
Jan 26 on the byte
Scientists Build Working Tractor Beam, Although It's Comically Tiny
READ MORE STORIES ABOUT / Hard Science
Keep up.
Subscribe to our daily newsletter to keep in touch with the subjects shaping our future.
+Social+Newsletter
TopicsAbout UsContact Us
Copyright ©, Camden Media Inc All Rights Reserved. See our User Agreement, Privacy Policy and Data Use Policy. The material on this site may not be reproduced, distributed, transmitted, cached or otherwise used, except with prior written permission of Futurism. Articles may contain affiliate links which enable us to share in the revenue of any purchases made.
Fonts by Typekit and Monotype.