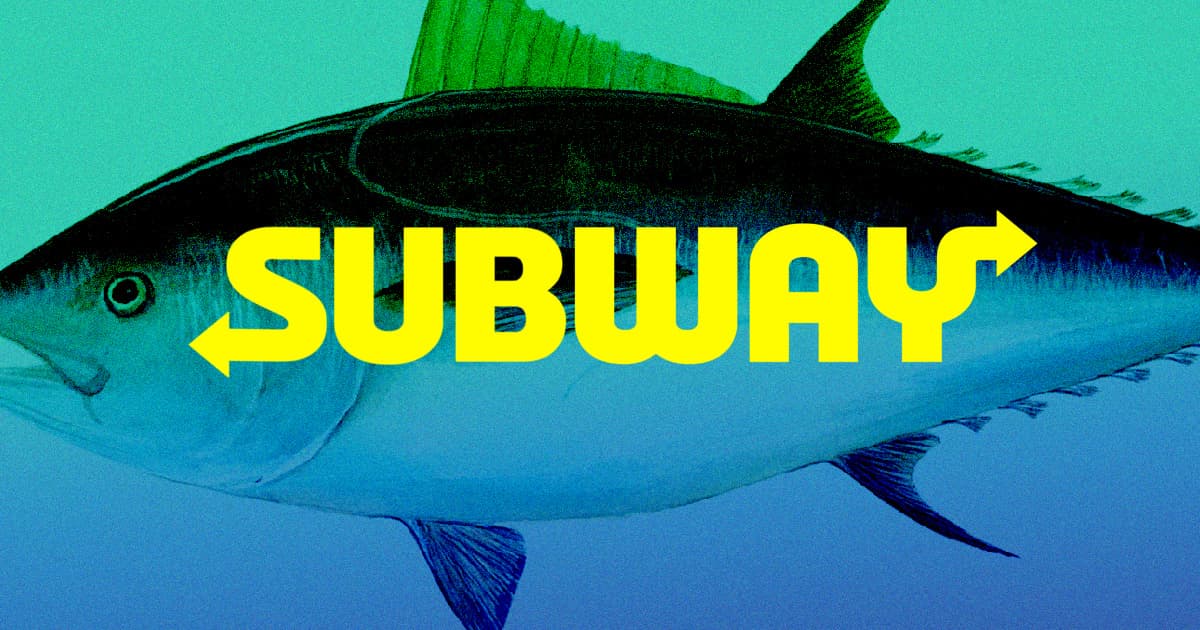 "We're very proud of our tuna, so I think that's really the end of the story."

"We're very proud of our tuna, so I think that's really the end of the story."

Popular sandwich chain Subway is in full damage control mode after one test in a New York Times investigation last month found no trace of tuna DNA in the company's tuna.

Now, after a strange delay, Subway's PR team is waging a publicity war to convince the public that its tuna is in fact tuna. The company even created a website, subwaytunafacts.com, to enlighten its customer base with its definitely-very-objective perspective.

To be fair, though, the company does have a point. Subsequent investigations found that the newspaper's methodology was questionable — and Subway is leaning on that context for its PR strategy.

"What actually happened is that the New York Times commissioned a test that couldn’t detect tuna DNA in their sample," the newly created website reads. "According to scientific experts, this is not unusual when testing cooked tuna and it absolutely doesn’t mean the sample that was tested contained zero tuna."

Doth Subway protest too much? It's a sad of state of affairs, having an international restaurant chain resort to convincing the public it's actually serving the public actual fish. Remember that time Taco Bell had to admit its beef is only 88 percent beef? Ah well, that's just the life of a fast food chain.

Even Subway CEO John Chidsey took the time to address the controversy in an interview with CNN this week.

"People love our tuna," he told the channel. "We're very proud of our tuna, so I think that's really the end of the story."

Chidsey also noted that Subway is working on the "biggest refresh in the 56-year brand history" to keep customers coming back for more. The company upgraded its turkey, ham, bread, and even smashed avocado products, according to the CEO, but "the one thing we did not touch was our tuna."

In short, the evidence is compelling enough to believe that Subway's tuna was either cooked or processed beyond recognition, leading to the rather curious outcome of the Times' investigation last month.

But will Subway's latest PR push be enough to convince the hungry public to eat its tuna product again? We'll have to wait and see.

More on the saga: DNA Test Fails to Find Any Tuna in Subway Tuna Sandwiches