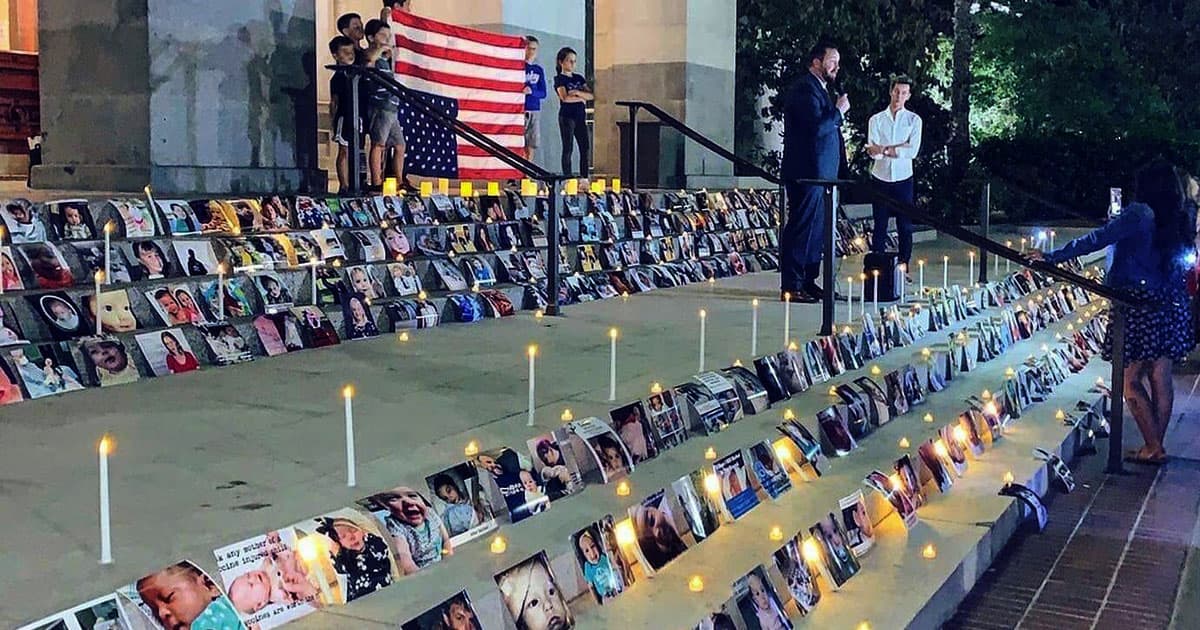 On September 9, California Gov. Gavin Newsom signed SB-276, a bill that limits medical exemptions for vaccinations — effectively making it harder for parents to keep their kids from getting vaccines. Two days later, an anti-vax group held a candlelight vigil in Sacramento, placing photos of children supposedly injured or killed by vaccines on the steps to the state Capitol.

"Note: this is only a small percentage," anti-vaxxer Jordan Sather tweeted alongside images from the vigil.

But three days later, the seemingly impossible happened — one of the "dead" children sent a tweet of his own.

"It would seem that an antivaxx rally on 9/11 had a candle light vigil for dead children... and my picture was included," Ethan J. Lindenberger tweeted on Saturday, include a photo from the vigil with his face circled.

Even more strangely, not only is Lindenberger very much alive, but he's also a well-known vaccine advocate.

In 2018, he posted on Reddit asking how to get vaccinated as an 18-year-old, since his anti-vax parents could no longer prevent him from getting the shots.

Then, in March 2019, Lindenberger testified in front of the U.S. Senate on the subject of how social media is used to spread misinformation about vaccines — ironic, no?

Lindenberger's tweet must've encouraged others to take a closer look at the vigil photos because they soon noticed that another of the images was just a stock photo of a baby about to get a shot.

Other Twitter users later pointed out that anti-vaxxers responded by sharing a photo of the vigil with Lindenberger's photo cropped out, but didn't bother removing the stock photo.

As for how the vaccine advocate's image ended up amongst those of the children, no one seems to know. Also unknown: which, if any, of the children in the photos were actually harmed or killed by vaccines — and which are just being used as props to further the anti-vax agenda.

READ MORE: A man saw his photo being used at an anti-vaxxer vigil for dead children even though he's still very much alive [Business Insider]

More on vaccines: FDA Head: Anti-Vaxxers Could Soon Cause an Epidemic

12.02.22 Studies
Scientists Hopeful About Promising Results From HIV Vaccine
4.07.22 Developments
It Is With Great Regret That We Inform You That We May Be Getting Slammed by Another COVID Wave
2.01.22 Developments
NYPD Cop Investigated for $1.5 Million Scheme to Sell Fake Vaccine Cards
1.25.22 Developments
Doctors Refuse Heart Transplant for Man Who Refuses to Be Vaccinated
12.24.21 Developments
Donald Trump Touts Vaccine Safety, Humiliates Right-Winger