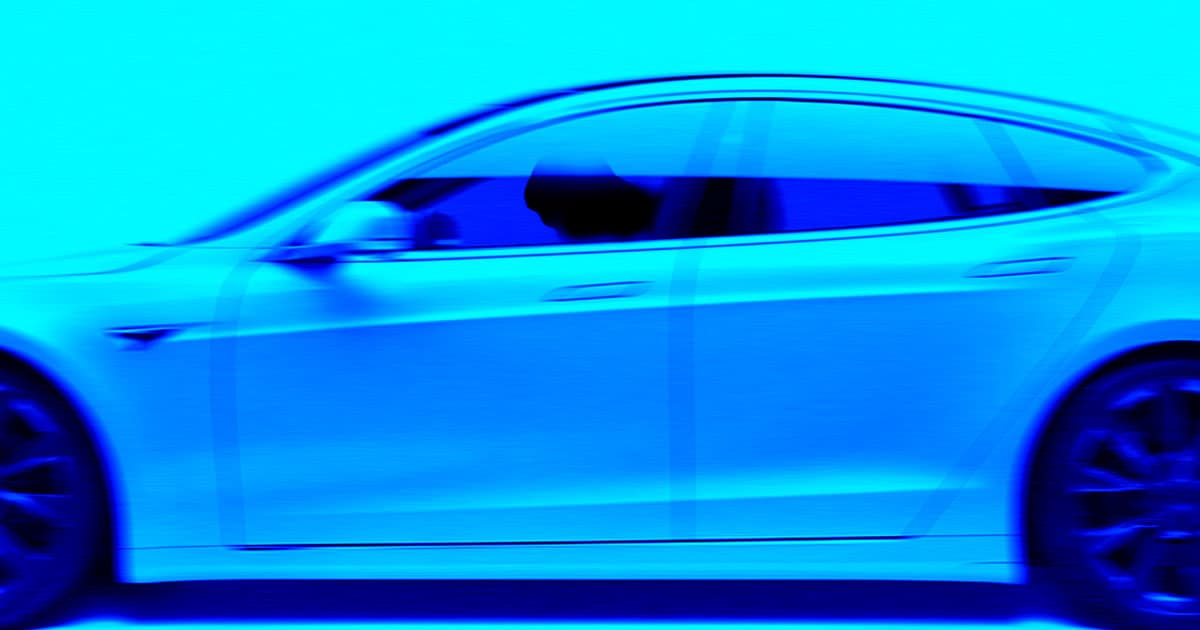 Asleep At The Wheel

Watch a Tesla Driver Cruise Down the Highway Completely Asleep

"Wow, I was just driving next to somebody who was completely asleep on the Mass Pike."

"Wow, I was just driving next to somebody who was completely asleep on the Mass Pike."

Another day, another viral video of a moronic Tesla driver taking a nap behind the wheel while his car cruises down the highway.

On Sunday, NESN producer Dakota Randall tweeted out a video he took on the Massachusetts Turnpike. In the 30-second clip, a man appears to be dead to the world behind the wheel, slumped over as his Tesla barrels down the highway as a woman in the passenger seat appears to be snoozing as well.

While there's a chance that the video is a prank, it's just one of a growing number of reports of drunk or conked out drivers dangerously relying on Tesla's autopilot mode, a function that's more like a glorified cruise control than actual autonomous tech.

Some guy literally asleep at the wheel on the Mass Pike (great place for it).

Teslas are sick, I guess? pic.twitter.com/ARSpj1rbVn

Randall told WHDH that he drove next to the Tesla for about a minute, occasionally beeping his horn in a fruitless attempt to wake the driver. So far, Massachusetts state police have neither filed a report nor identified the sleepy driver, but told WHDH in general terms that sleeping behind the wheel would be grounds for a charge of negligent and impaired driving.

"At no point did I feel like I was in danger until after the fact, when I thought 'Wow, I was just driving next to somebody who was completely asleep on the Mass Pike of all places, like one of the most dangerous roads I can imagine,'" Randall told WHDH.