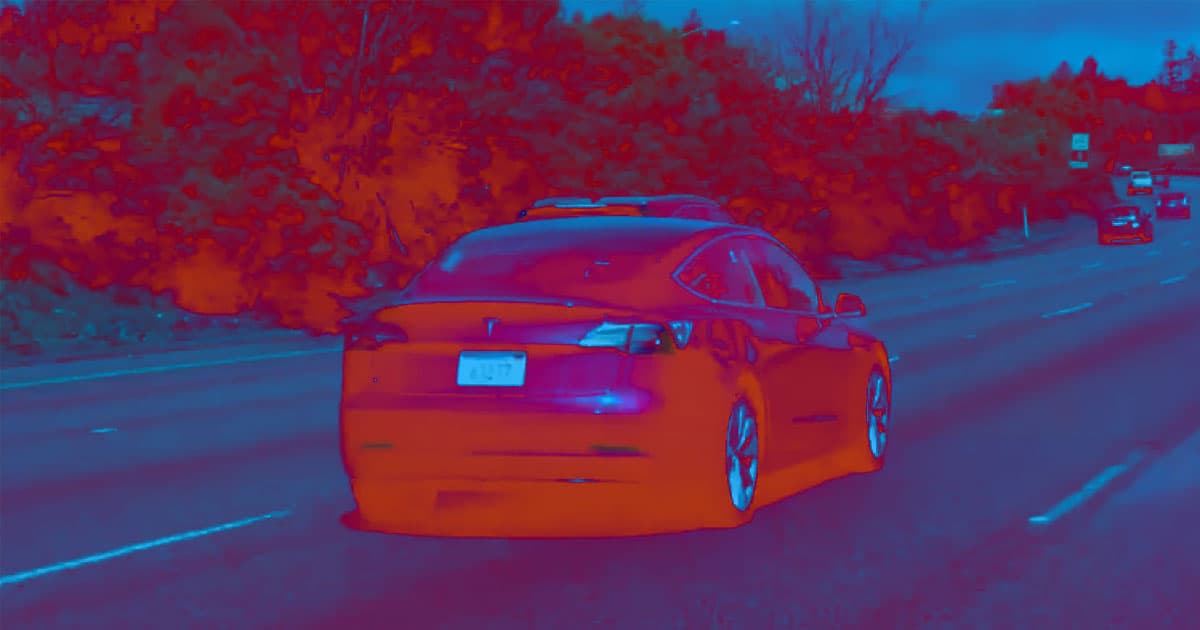 He used a device designed to trick Autopilot into thinking he was awake.

He used a device designed to trick Autopilot into thinking he was awake.

Yet another Tesla driver has been caught on camera asleep behind the wheel — and this time, it clearly wasn’t an accident.

On Friday, Los Angeles’ NBC4 reported that a driver spotted a man “fully sleeping” in his Tesla while the car’s Autopilot system drove it for 30 miles down the busy 405 Freeway.

A sleeping Tesla driver isn’t as uncommon of a sight as it should be. But while past sightings could be attributed to exhaustion or drunkenness, this driver’s snooze seemed intentional — he was reportedly using a device designed to trick Autopilot into thinking he was paying attention.

The driver who spotted the sleeping Tesla owner told NBC4 he noticed “something tied around the steering wheel” — and according to Electrek, that “something” was likely a device designed to trick Autopilot into sensing that a person is gripping the wheel.

The National Highway Traffic Safety Administration banned one such device, the Autopilot Buddy, but its makers got around the ban by relaunching as a “phone mount” — and clearly, at least some Tesla drivers are still willing to use these devices in an extremely risky attempt to catch up on some sleep.

More on Tesla: Drunk Tesla Driver Relies on Autopilot, Gets Busted by Police