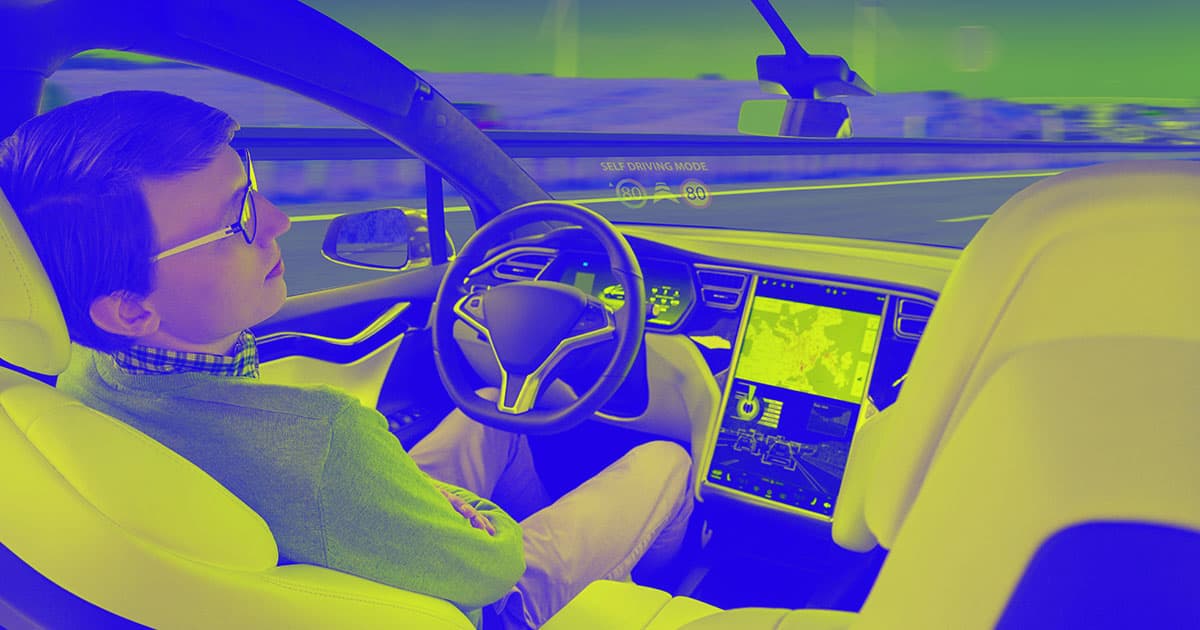 Drivers just can't seem to grasp that Teslas aren't capable of driving themselves. One after another, they keep enabling Autopilot and then falling asleep — or passing out — behind the wheel, seemingly confident that the car will get them where they need to go in one piece.

But it seems drivers aren't solely to blame for this incredibly stupid trend.

On Thursday, the Insurance Institute for Highway Safety published a study focused on automated driving systems, including Tesla's Autopilot — and based on the research, which specifically called out Tesla, carmakers are at least partly responsible for the disconnect between what drivers think these systems can do and what they can actually do.

Through a survey of more than 2,000 drivers, the IIHS found that the names carmakers give automated driving systems are causing confusion about the systems' abilities.

"Despite the limitations of today's systems, some of their names seem to overpromise when it comes to the degree to which the driver can shift their attention away from the road," the IIHS wrote, noting that its survey found that "one name in particular — Autopilot — signals to drivers that they can turn their thoughts and their eyes elsewhere."

In fact, 48 percent of respondents said they thought they could safely take their hands off the wheel with a system called "Autopilot" engaged, while the four other systems in the IIHS survey — Traffic Jam Assist, Super Cruise, Driving Assistant Plus, and ProPilot Assist — averaged just 27 percent.

Meanwhile, twice as many respondents — a full 6 percent — thought it would be okay to take a nap with a system called "Autopilot" engaged compared to the other systems, which just 3 percent interpreted in the same way.

Even the most advanced of today's automated driving systems are only capable of Level 2 autonomy, meaning we still have a long road ahead before drivers can rely on their cars to drive themselves.

If we want to be able to safely take advantage of the tech as it currently stands, we clearly need to find some way to better educate the driving public as to the abilities and limitations of current self-driving systems — and based on the results of this study, a good place to start might be regulating what carmakers can and cannot call them.

More on Autopilot: Tesla Crash Shows Drivers Are Confused by "Autonomous" vs. "Autopilot"

Read This Next
Where's Musko
7 Theories About Why Elon Musk Has Disappeared
tesla recall
Tesla Accused of Shutting Off Autopilot Moments Before Impact
Fiery Furnaces
Firefighters Struggle as Junkyard Tesla Bursts Into Flames Weeks After Crash
New Low Score
Tesla Reportedly Giving Full Self-Driving Beta to Basically Anybody Now
Stonk Broke
Twitter Bots Love Tesla. Elon Musk Is Pledging to Destroy Them
More on Advanced Transport
Jerk Move
Yesterday on the byte
Ex-Tesla Employee Says He Was Fired by Phone Call, While on Vacation
Making Batteries
Yesterday on the byte
Those Headlines About Tesla Losing the Top EV Seller Spot Are Pretty Sketchy
Shiny!
Tuesday on the byte
Beautiful Render Shows Starship With Full NASA Paint Job
READ MORE STORIES ABOUT / Advanced Transport
Keep up.
Subscribe to our daily newsletter to keep in touch with the subjects shaping our future.
+Social+Newsletter
TopicsAbout UsContact Us
Copyright ©, Camden Media Inc All Rights Reserved. See our User Agreement, Privacy Policy and Data Use Policy. The material on this site may not be reproduced, distributed, transmitted, cached or otherwise used, except with prior written permission of Futurism. Fonts by Typekit and Monotype.