Trump Claims Kids Are Saying "Mom, I Want to Vape!" 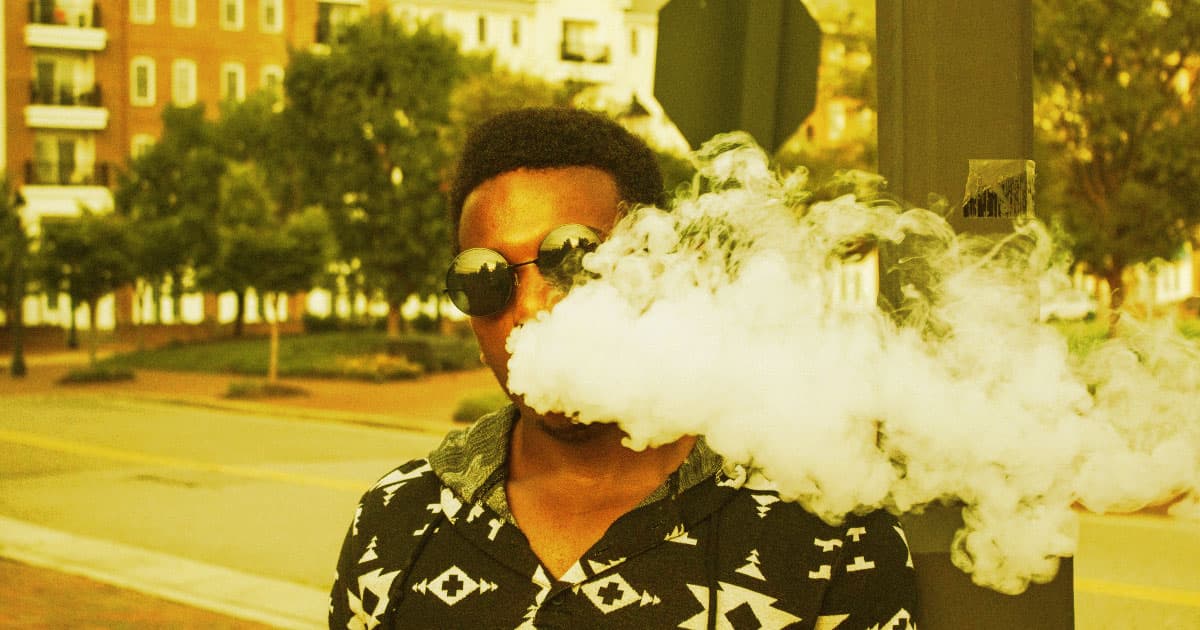 When the Trump Administration called for a ban on all flavored vape products on Wednesday, the President also shared an eyebrow-raising rationale: protecting hypothetical, vape-crazed children.

In a press conference, Trump conjured an image of "innocent children" begging their parents for some sweet, sweet Juul pods, according to video shared online by Vox's Aaron Rupar. Children, Trump told the assembled crowd, are "coming home and they're saying, 'Mom, I want to vape!'"

Here's video of Trump telling reporters today that "innocent children" are "coming home and they're saying, 'mom, I want to vape!'" pic.twitter.com/XwSrYboavZ

The call for a ban on flavored vape products is meant to stem the growing number of cases of a mysterious vaping-related lung illness that's infected hundreds and killed at least six people.

According to Trump's logic, keeping fruit-flavored Juul pods off store shelves will keep those innocent, vape-curious kids out of harms way from the poorly understood illness — by preventing their pokémon-style evolution into nicotine-hooked teens.

These Juul-demanding kids weren't the only bizarre moment at the press conference. Trump also said that First Lady Melania Trump was one of the driving forces behind the vape ban. According to another video posted by Rupar, Trump almost seemed to imply that his son Barron wasn't his own child.

"She's got a son — together — that's a beautiful young man, and she feels very very strongly about it," Trump said.

More on the vape ban: With Looming Ban People Are Plotting to Hoard Juul Pods

10.20.22 Developments
Feds Cracking Down on Vaping Companies for "Breaking the Law"
6.10.22 Studies
Cigarette Smoke Damages Your Skin Just by Touching It, Scientists Say
1.23.22 Neuroscience/Brain Science
Researchers Say There's Something Psychologically Strange About Trump Voters
1.03.22 Developments
Study Finds That People Who Believe COVID Myths Are More Likely to Catch COVID
12.20.21 Developments
Trump Gets Booed by His Own Fans When He Admits He Got Booster Shot