Feds Cracking Down on Vaping Companies for "Breaking the Law"

Too little, too late? 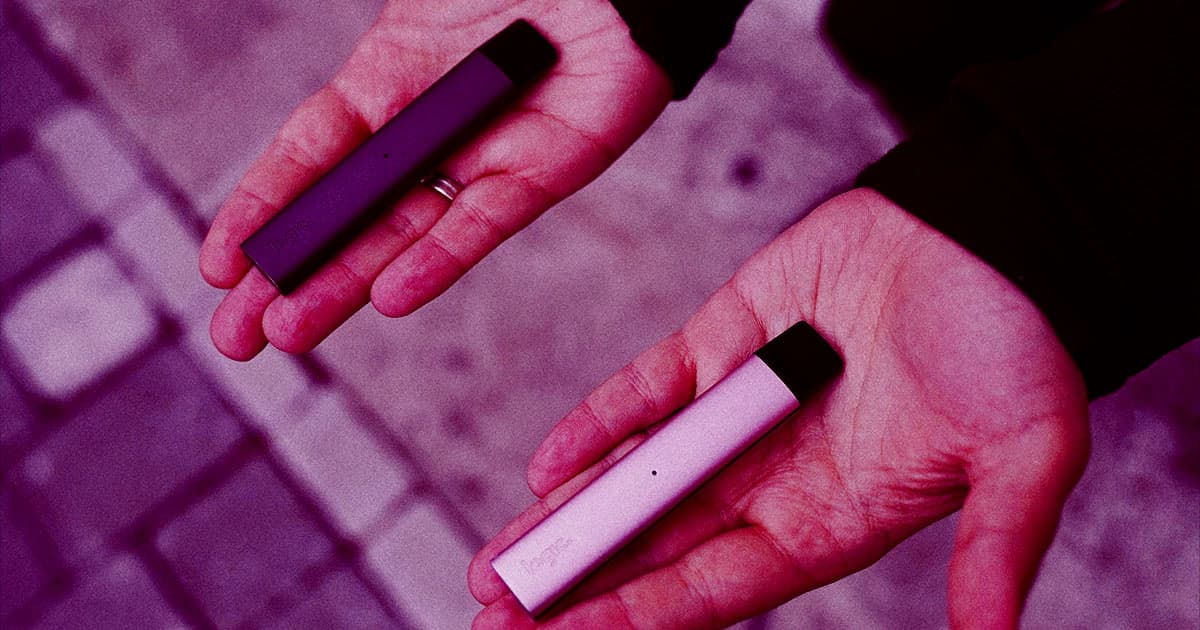 The US government has declared war with the vaping industry.

On Tuesday, the feds took their first legal action against six e-cigarette companies, all of which have been accused of selling e-cigarettes illegally.

"Today, the U.S. Department of Justice (DOJ), on behalf of the US Food and Drug Administration, filed complaints for permanent injunctions in federal district courts against six e-cigarette manufacturers," reads a press release from the FDA.

For context, the FDA requires all tobacco products, including vapes and e-cigarettes, to be submitted for approval before being sold. According to the regulator, the six e-cigarette makers in question — including companies like "Super Vape'z" and "Seditious Vapours" — decided to go to market without asking for permission first.

"Each of these defendants failed to submit premarket applications for their e-cigarettes and have continued to illegally manufacture, sell, and distribute their products," the FDA's release continues, "despite previous warning from the FDA that they were in violation of the law."

It goes without saying: legal action is way overdue. After all, the industry was already accused of specifically peddling their toxic products to minors. Once the Surgeon General sounded the alarm, it was already too late — vaping, as anyone who has ever unintentionally walked through a cloud of mango vapor knows, is still absolutely everywhere.

But better late than never. The FDA's latest actions could set a precedent moving forward. If the government wins out, the companies — at least the ones named in the regulator's announcement — will be barred from selling their products permanently.

"Today's enforcement actions represent a significant step for the FDA in preventing tobacco product manufacturers from violating the law," Brian King, director of the FDA's Center for Tobacco Products, said in a statement. "We will not stand by as manufacturers repeatedly break the law, especially after being afforded multiple opportunities to comply."

READ MORE: Six vaping companies are getting sued by the federal government [The Verge]