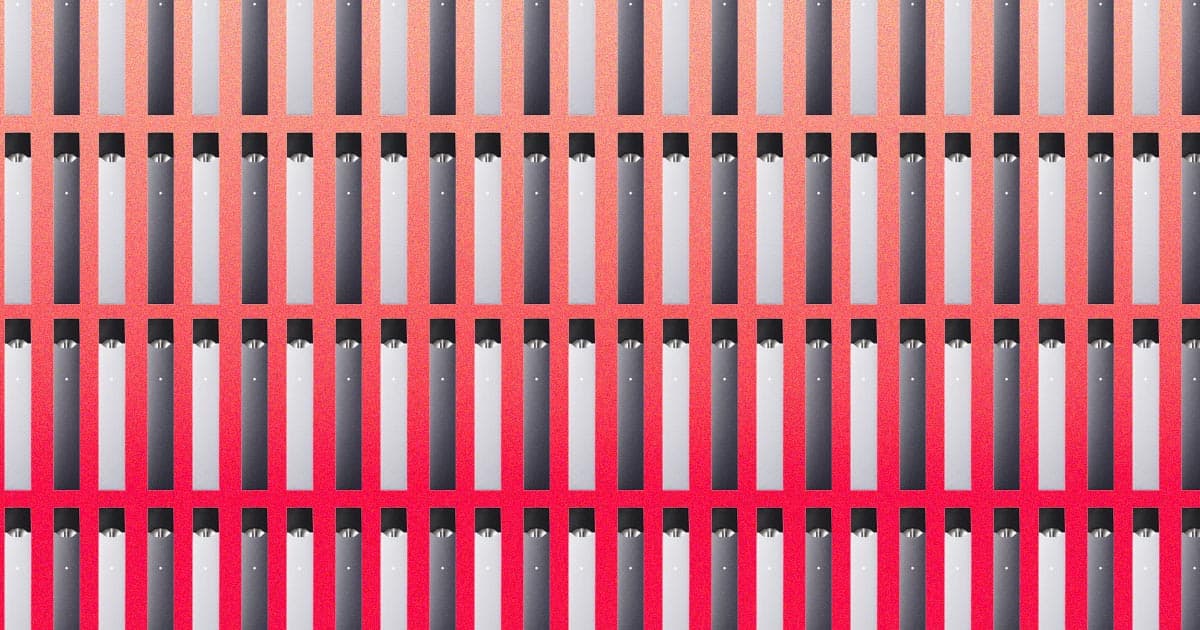 Despite decades of legislative action and campaigns against the substance in the US, it seems that nicotine use by American teens has soared to astonishing new levels since JUUL's fashionable, USB-drive-shaped vapes exploded in popularity over the mid-to-late 2010s.

JUUL has fought back against allegations of intentionally marketing to kids for years, despite some pretty damning evidence involving Cartoon Network ads.

But a new investigation by public health researchers at UC San Diego, published in the journal Pediatrics, paints an alarming picture of JUUL's impact on youth tobacco use.

"Given the recent evidence of the potential health consequences of vaping flavored e-cigarettes, this sharp rise among youth requires urgent public health attention and action," said John Pierce, a researcher at UC San Diego who worked on the study, in a press release.

Vape sales surged by a staggering 40 percent in 2017, which the researcher contends was largely a result of JUUL’s meteoric success that year — a profitable streak that coincided with an alarming rise in nicotine use amongst youngsters.

The team examined data found from the Population Assessment of Tobacco and Health (PATH), a longitudinal study conducted by the National Institute on Drug Abuse and the FDA, to compare youth nicotine consumption in 2014 and 2017, before and after JUULing went mainstream.

Of the now-daily users who started using tobacco in 2017, 64.6 percent were just 14-17 at the time — a figure which, the researchers pointed out in the press release, equates to a full million new underage nicotine users.

That's not all. While the 2017 cohort weren't as likely to smoke conventional cigarettes as the 2014 crowd, they were nearly four times more likely to become everyday vapers. As these little devices have been around since 2007, such stark growth at the time of JUUL’s market boom is hard to ignore.

"This rate of youth tobacco initiation has not been seen since the early 1990s, prior to the implementation of tobacco control measures," Pierce added in the release.

In its early years, vaping was often framed as a safer alternative to smoking. Subsequent research has problematized that view — smoking cigarettes is still extraordinarily dangerous, but doctors have become increasingly concerned about health risks from e-cigarettes as well.

Add that to the fact that many young people appear to be jumping straight into vaping, instead of using it as an harm reductionist offramp from a cigarette habit, and you have the makings of a public health crisis.

As that view has spread, regulators have taken notice. Vape manufacturers, JUUL included, are no longer now only allowed to produce more than a few limited flavors.

But given the health stakes, and the fact that the US Surgeon General now considers vaping an epidemic, more action is probably needed than banning mango-flavored pods.

More on vaping: JUUL Paid a Medical Journal to Run a Bunch of Pro-Vaping Studies

6.23.22 Developments
US Government Bans JUUL
6.22.22 Developments
The FDA Is Reportedly About to Shut Down JUUL
6.10.22 Studies
Cigarette Smoke Damages Your Skin Just by Touching It, Scientists Say
5.15.22 Studies
Scientist Say They Might Be Able to Reverse Binge Drinking With Gene Editing
12.09.21 Developments
New Zealand to Completely Ban Tobacco for Anyone Born After 2008