"The Marlboro man rode into Juul and now wants us to trust them." 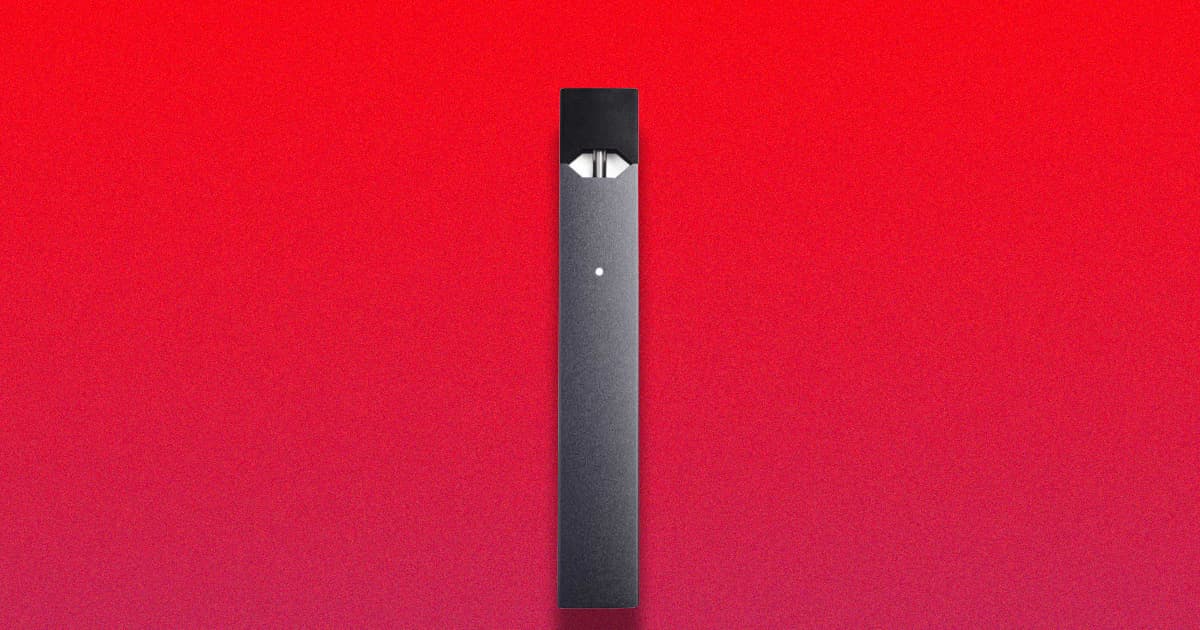 After attracting criticism for marketing its e-cigarette products to minors, Juul is facing tough days ahead. Sales have plummeted by a staggering $500 million, according to The New York Times — and that's just the least of its troubles.

The once trendy vaping company has had to make major changes over the last year and a half, and is now facing an uphill battle to convince the Food and Drug Administration (FDA) that its products should remain on store shelves.

It's a messy fight, and one that's exposing the company to new self-inflicted ethical lapses. Earlier this year, the NYT reports, Juul paid the American Journal of Health Behavior $51,000 to fill the entire May/June issue with studies funded by the company — all of which, conveniently, offered up evidence that Juul's products are helping smokers quit.

It's an astonishingly dubious — even bribe-like — approach to convincing the nation that e-cigarettes are beneficial to public health. In fact, three editorial board members of the journal quit after the arrangement was made, according to the NYT. One of Juul's submissions was also rejected, a company spokesperson told the NYT.

The ailing company has invested millions in lobbying efforts to keep its operations in the US alive. Despite its best efforts, much of its market share has gone up in smoke, or uh, vapor, dropping from 75 percent in 2018 to just 42 percent in 2020, the NYT reports.

What particularly incensed the company's critics — and regulators alike — was the fact that the company seemingly marketed its products to minors. The company has long denied any such claims, despite visibly including young people in its advertisements — and even running ads on Nickelodeon and Cartoon Network, according to a February 2020 lawsuit.

The FDA has until September 9 to decide if Juul's e-cigarettes and nicotine pods are safe enough to stay on the market.

It's a matter of pros and cons: did Juul entice more of its customers to ditch nicotine, or did it end up convincing more people to take up smoking?

The company's studies show plenty of evidence for the first. One study found that 58 percent of 17,000 smokers who bought a Juul starter kit and stayed in the study quit smoking after 12 months.

But the simple fact that all researchers involved in the studies were solely paid by the company make any results inherently suspect.

Fortunately, as the NYT points out, more and more Americans are choosing to ditch nicotine — but it still remains the leading cause of preventable death. Around 480,000 people die from smoking-related diseases each year, according to a Centers for Disease Control and Prevention factsheet on tobacco and smoking.

Is Juul the successor of Big Tobacco that took advantage of a massive gap in the marketplace and is getting the next generation hooked on nicotine? Its many critics certainly believe so.

"The Marlboro man rode into Juul and now wants us to trust them," Matthew Myers, president of the Campaign for Tobacco-Free Kids, told the NYT.

But while we must take any Juul-funded research with a hefty grain of salt, e-cigarettes have undeniably helped many kick the habit as well.

Juul's fall from grace has allowed several competitors to flood the marketplace, making the company's big return even less likely. And whether the FDA will bring down the axe on the "iPhone of e-cigarettes" maker is equally uncertain.

READ MORE: Juul Is Fighting to Keep Its E-Cigarettes on the U.S. Market [The New York Times]

More on Juul: Juul Wants to Age-Lock Its Vapes