Researchers spliced a human gene into the animals' DNA. 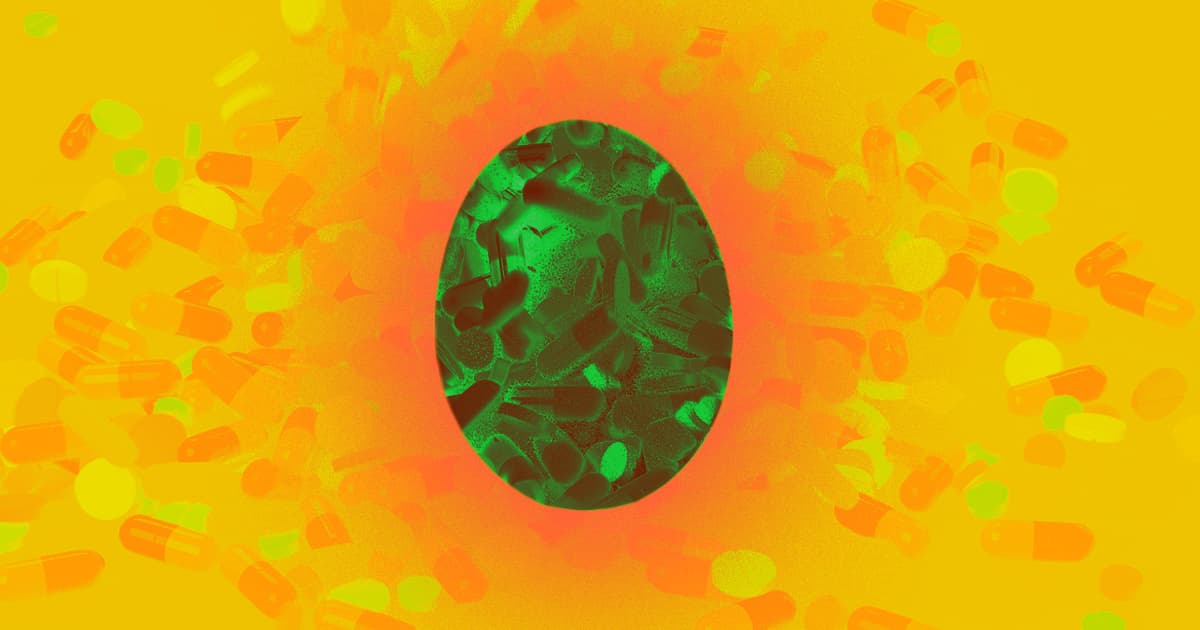 The eggs laid by a group of "pampered" hens in the U.K. contain something special in their whites.

After researchers from the University of Edinburgh spliced a human gene into the chickens' DNA, the animals began laying eggs boasting a significant amount of two proteins used to treat diseases including cancer in humans — and the process, they say, is far cheaper than current methods of protein production.

"Production from chickens can cost anywhere from 10 to 100 times less than the factories," researcher Lissa Herron told the BBC. "So hopefully we'll be looking at at least 10 times lower overall manufacturing cost."

The human body naturally produces the proteins found in the new hen eggs — IFNalpha2a and macrophage-CSF, if you're wondering — and they each play an important role in the immune system. Drugs containing both proteins are widely used by doctors to treat cancers and other diseases, but producing the proteins in the lab is difficult and expensive.

For their study, published in the journal BMC Biotechnology, the Edinburgh researchers inserted the gene that produces the proteins in humans into the part of the chickens' DNA that handles the production of the white in its eggs. When they tested the hens' eggs, they found that just three eggs contained a dose-worth of the proteins.

The genetically modified chickens, which live "pampered" lives in large pens, are none the wiser either, according to Herron. "As far as the chicken knows, it's just laying a normal egg," she told the BBC. "It doesn't affect its health in any way, it's just chugging away, laying eggs as normal."

Though their research yielded promising results, the team believes it'd take between 10 and 20 years before regulatory agencies would approve for human use any drugs developed from their genetically modified chickens. But the proteins in the animals' eggs could serve a purpose in the interim.

"We are not yet producing medicines for people," researcher Helen Sang told the BBC, "but this study shows that chickens are commercially viable for producing proteins suitable for drug discovery studies and other applications in biotechnology."

More on genetically modified chickens: In Japan, Chickens Have Been Genetically Engineered to Lay Eggs That Fight Cancer

5.15.18
No, Seriously, We May Finally Have a Drug to Beat the Common Cold
7.02.22 Rx/Medicines
North Korea Claims It Only Got COVID Because South Korea Sent Over "Tainted Balloons"
7.02.22
Disturbing Discovery Finds That Space Does Something Bad to Astronauts' Bones
7.01.22 Developments
Experts Say Travis Barker Colonoscopy Rumor Likely False
7.01.22 Developments
Anonymous Says It's Hacking Databases to Protect Women Who Get Abortions