Bro, bro, can I get a hit off your Juul please bro? 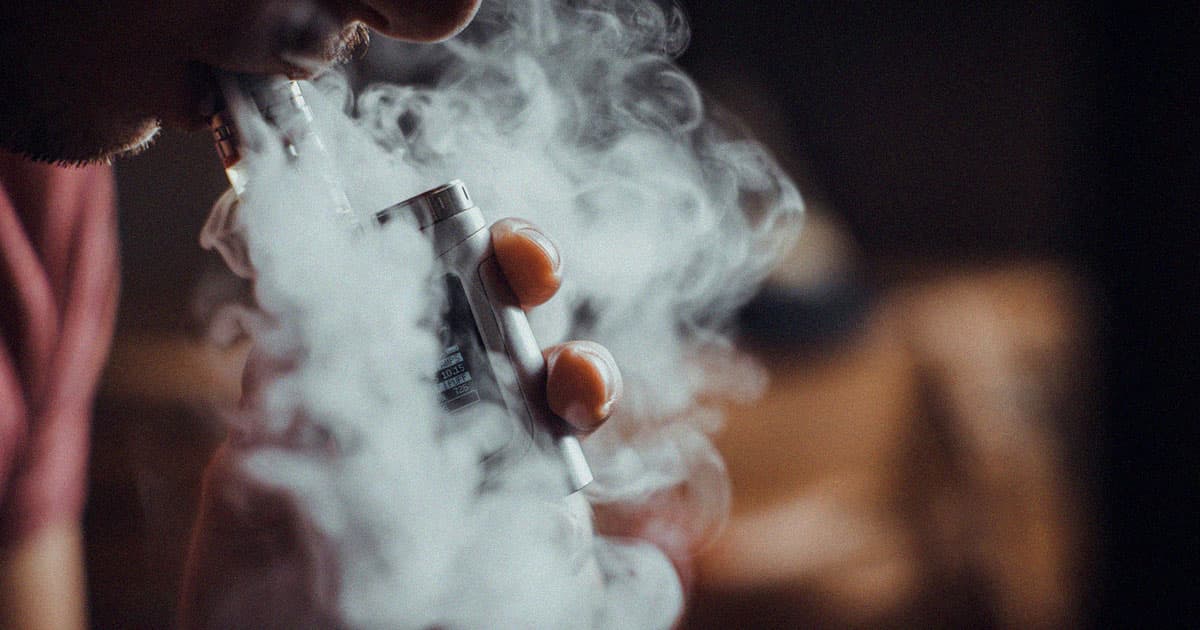 Scientists have discovered yet another reason why vaping sucks, and this time, it's affecting a whole different organ from your lungs.

A joint study conducted by New York University and Johns Hopkins has found that men who smoke e-cigarettes are more 2.4 times more likely to have erectile dysfunction than their non-vaping counterparts — a sorry state of affairs for those who use e-cigs because they're marketed as healthier than the real thing.

The study's large sample included 45,971 men aged 20-65, differentiated by those who have cardiovascular issues and those who don't. This latter data point is important, as recent research suggests that ED can be an indicator of heart disease.

Published in the American Journal of Preventative Medicine, the study's authors noted that smoking actual cigarettes has long been linked with ED, which makes this new research yet another strike against the vaping industry's claims that e-cigarettes are significantly healthier than traditional smokes.

"Given that many people use e-cigarettes as a form of smoking harm reduction or to help them quit smoking, we need to fully investigate the relationship between vaping products and erectile dysfunction, and thus better understand the potential implications for men’s sexual health," said Omar El-Shahawy, a researcher at NYU Langone's Department of Population Health and the lead author of the study.

"Our analyses accounted for the cigarette smoking history of participants, including those who were never cigarette smokers to begin with, so it is possible that daily e-cigarette vaping may be associated with higher odds of erectile dysfunction regardless of one’s smoking history," he added.

The researchers behind this study do, for the record, seem to have a pretty clear agenda. NYU Langone's press release about the study explicitly mentions that these researchers believe that e-cigarette users "should be informed about the possible link between [vaping] and experiencing ED."

Big picture, though, this study could be another nail in the coffin for the vaping industry. Will this be enough to get Juul bros to finally quit sucking on those little e-sticks?