MIT Scientists Are Building Devices to Hack Your Dreams

"You can try flying, singing, having sex — it’s better than VR." 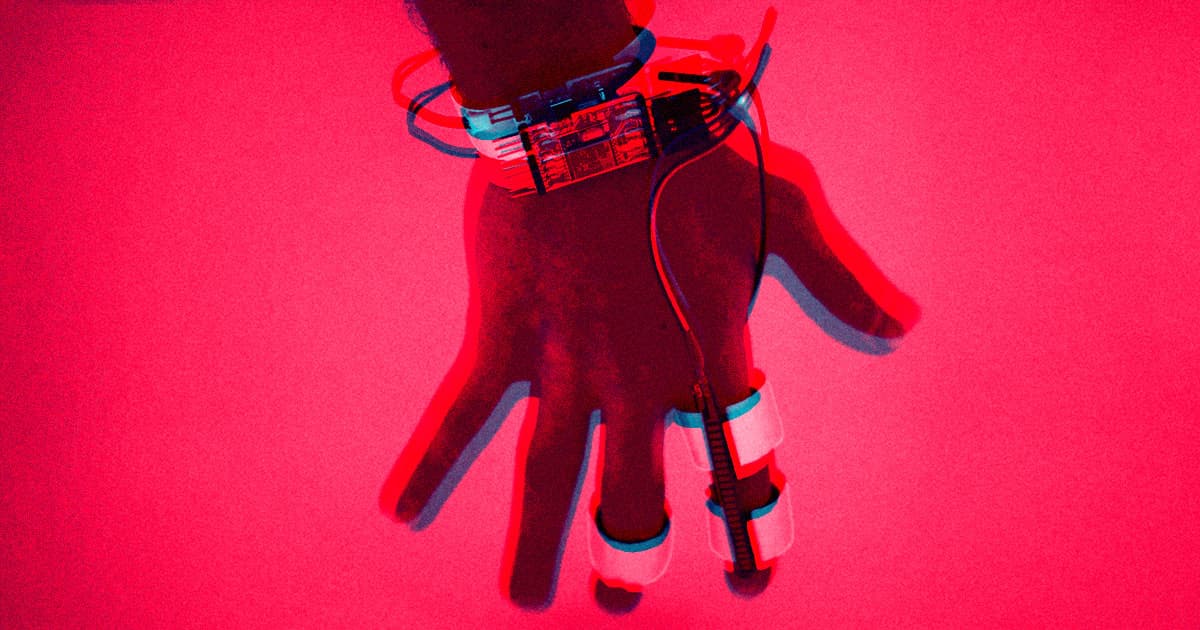 A team of researchers at MIT’s Dream Lab, which launched in 2017, are working on an open source wearable device that can track and interact with dreams in a number of ways — including, hopefully, giving you new control over the content of your dreams.

The team’s radical goal is to prove once and for all that dreams aren’t just meaningless gibberish — but can be “hacked, augmented, and swayed” to our benefit, according to OneZero.

Think “Inception,” in other words, but with a Nintendo Power Glove.

“People don’t know that a third of their life is a third where they could change or structure or better themselves,” Adam Horowitz, PhD student at MIT Media Lab’s Fluid Interfaces Group and a Dream Lab researcher, told OneZero.

A glove-like device called Dormio, developed by the Dream Lab team, is outfitted with a host of sensors that can detect which sleeping state the wearer is in. When the wearer slips into a state between conscious and subconscious, hypnagogia, the glove plays a pre-recorded audio cue, most of the times consisting of a single word.

“Hypnagogic imagery or hallucinations is a normal state of consciousness in the transition from wakefulness to sleep,” Valdas Noreika, a psychologist at Cambridge who is not involved in the research told VICE back in 2018.

Hypnagogia may be different for different people. Some say they’ve woken up from hypnagogia, reporting they experienced strong visual and auditory hallucinations. Others are capable of interacting with somebody in the state.

But the Dream Lab might be on to something with its Dormio glove. For instance, in a 50-person experiment, the speaking glove was able to insert a tiger into people’s sleep by having the glove say a prerecorded message that simply said “tiger.”

The device is meant to democratize the science of tracking sleep. Step-by-step instructions were posted online with biosignal tracking software available on Github, allowing everybody to theoretically make their own Dormio glove.

A similar device built by Dream Lab researcher and PhD candidate Judith Amores relies on smell rather than an audio cue. A preset scent is released by a device when the user reaches the N3 stage of sleep, a regenerative period when the body heals itself and consolidates memory. The idea is to strengthen this consolidation using scents.

They hope to let sleepers take full control of their dreams as well. A 2019 “Dream Engineering” workshop hosted by the Dream Lab discussed the world of “lucid dreaming,” a state in which people realize they’re having a dream while they’re dreaming.

“It’s such an exhilarating feeling to lucid dream,” Tore Nielsen, a professor of psychiatry at the University of Montreal said in an MIT blog post. “You can try flying, singing, having sex — it’s better than VR.”

The problem, however, is that the science behind lucid dreaming is still murky. Only an estimated one percent of people are capable of entering this state regularly, making it difficult to study. The brain state during lucid dreaming is also not understood very well yet.

But other researchers are convinced there’s plenty to gain from learning from our subconscious — rather than commanding it with prerecorded messages or scents.

“The unconscious, it’s another kind of intelligence,” Rubin Naiman, sleep and dream expert at the University of Arizona, told OneZero. “We can learn from it. We can be in dialogue with it rather than dominate it, rather than ‘tap in’ and try to steer it in directions we want.”

READ MORE: An MIT Lab Is Building Devices to Hack Your Dreams [OneZero]

More on sleep: It Turns Out You Can Learn Things While You’re Asleep