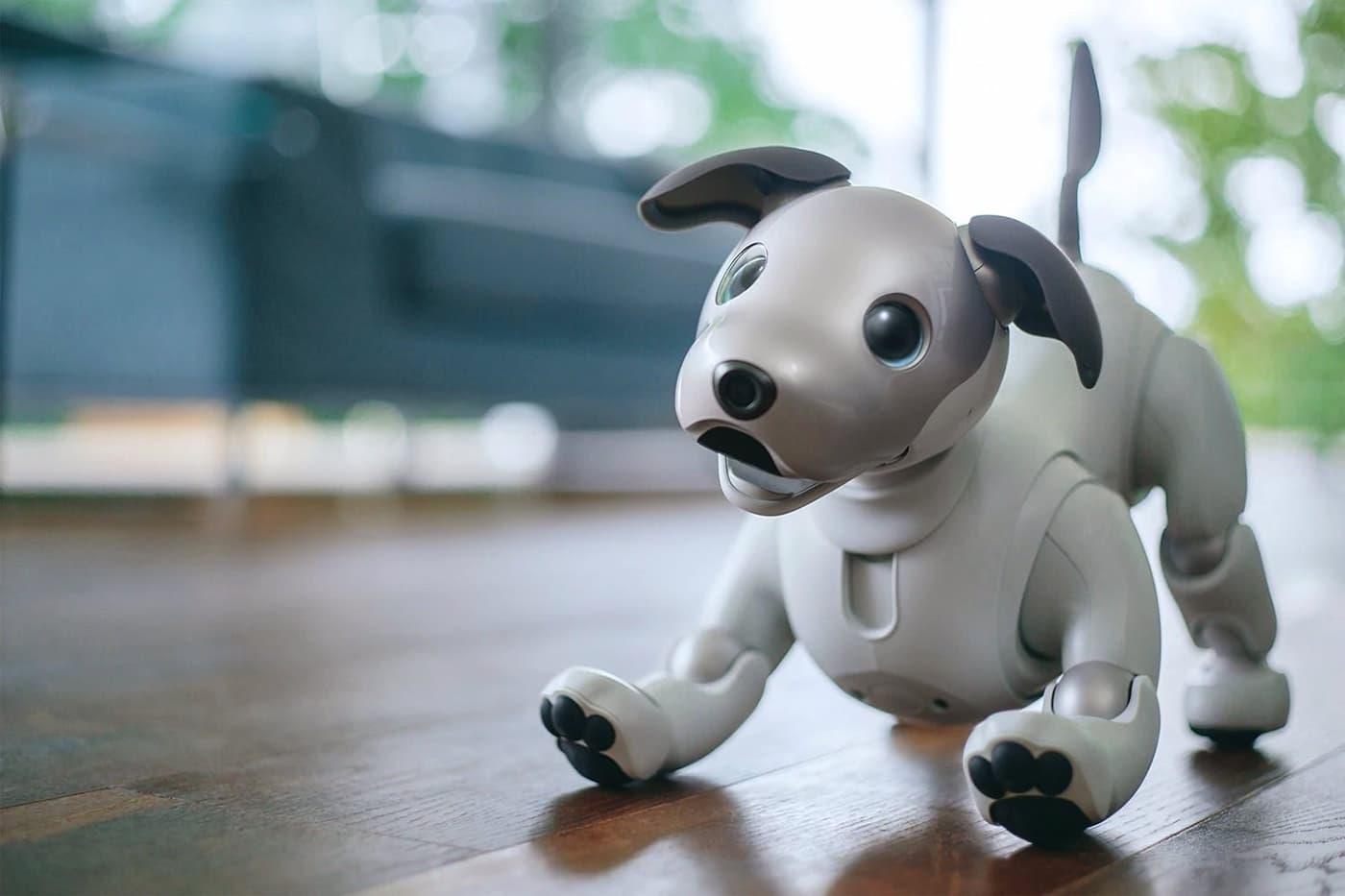 The Aibo is the perfect family dog. It's attentive and engages eagerly with its owners, happy to follow wherever you go. It never makes a mess in the house. It sings and dances on request, and even greets you with a pleasant "good morning."

That's because the Aibo isn't some exotic breed; it's a type of robotic dog, manufactured by Sony.

However, its body of metal and plastic, rather than bones and fur, doesn't change how Aibo owners connect with them. As illustrated in a New York Times mini-documentary, when Sony stopped manufacturing parts for the Aibo in 2014, owners were genuinely distressed that it meant the impending "death" of their pets — even going so far as to hold a funeral ceremony for them.

Why can't we help but connect with robo-pets, even when we know they're not alive?

"It's a very interesting question, and the research on very young children suggests that it's not a learned behavior," said Gail Melson, a psychologist and Professor Emerita at Purdue University, who has studied human-robot interactions and blogs about our connection with wildlife for Psychology Today. Melson told Futurism that while we haven't identified a brain mechanism for this anthropomorphism, we can speculate that there's an evolutionary basis to the bond.

"We are inherently social creatures," Melson explained. "Because of that we have evolved to be attuned to other life forms, and not only other human life forms. We are predisposed to see the characteristics of life."

Melson's research has examined how children, ranging from age 4 to 15, interact with the AIBO robot dog, finding most treat the robotic pet differently from a real dog. However, most do not behave as if it were an inanimate object or a toy. Younger children, in particular, often ascribed emotions and thoughts to AIBO. Intriguingly, children of all ages placed the robo-animals in the moral dimension, with most expressing that it would be wrong to harm the AIBO dog or throw it out.

"What's happening in our age is the emergence of new categories, that haven’t existed before," said Melson, noting that this is particularly the case for children who have lived with computer technology since birth. "We’ve divided the world, up to now, into things that are alive, or were once alive and now are dead, or never were alive. But now we have, thanks to this technology, these hybrid categories."

Just as there has long been discomfort and concern over humanoid robots, and the ethics of their existence, these robotic animals and their uncertain categorization too raise ethical and societal questions.

On the one hand, robotic pets have shown growing therapeutic values. Artificially furry friends like the the Joy for All Companion, Hasbro's line of reactive robot dogs and cats, and Paro, a robotic seal made for therapy applications, have been used successfully for dementia patients, who often experience anxiety and distress. The service that these animals provide are similar to those given by an actual animal, cutting the isolation and sadness caused by their condition with companionship and affection—without the feeding and care demands of living pets.

"In general, people respond to a pet robot like they would to an animal, by patting and cuddling it and speaking to it like its an animal," said Elizabeth Broadbent, an associate professor at the University of Auckland researching human-robot interactions in health contexts. She noted that, unlike proposed robotic caretakers that are modeled after humans, humans "don’t expect much of a response except some animal noises and movements," making them simple and effective in their design and execution.

A 2016 study compared how 61 dementia patients fared when given a robotic pet (specifically, the Paro seal) three times a week for 20 minutes, as opposed to a control group who received the usual standard of care. The results were notable: the group that spent time with Paro showed a decreased pulse rate and higher blood oxygen levels (a sign of decreased stress), a lower rating on scales for depression and anxiety, and a decreased need for both pain and behavior medication.

One small study also showed that children with autism engaged more with an AIBO robot dog than with a simple mechanical toy dog, displaying the verbal engagement and authentic, reciprocal interaction that autistic children often lack.

For allergy sufferers or those without the time or money to care for pets, a robotic version might also be a better and more ethical option. Those trying to be eco-friendly might also be attracted to a robot's smaller carbon paw-print.

Yet developmental psychologists in particular have raised concerns: that humans exposed primarily to robotic animals, and not to living ones, might lack in the social or emotional connections provided by living creatures.

"We [already] see concerns about children using other technologies like iPads and cell phones," says Broadbent. "One of the fears is that children grow up more isolated and lonely because they do not form the same close friendships with other children through social media sites as they can form through face to face social contact." The same concern applies, she says, to robotic companions.

Melson added: "That question has given people pause [...] are we going to diminish treatment of living animals, and people, because of the greater and greater presence of robots that seem to be good substitutes?" She cited the example of robotic pets in nursing homes, wondering if a decision to use only robots, and never real animals, might diminish the potential therapy benefit.

"We certainly don’t have robotics at the level to reproduce the smell, the feel, the response of even the crankiest living dog," she said. "It would be a great diminishment of the experience to envision this, and yet people are short staffed, people are looking to save money, you can see how robots would be 'good enough.'"

However, Melson is optimistic that our "biophilia," humans' hypothesized attraction to life and nature, will prevent us from replacing living animals altogether. While researching the AIBO, she brought one of the little dogs home to test out its presence in her own home. "I have to say I was struck by the limitations rather than the possibilities," Melson said.

However, she added: "One would have to look at the increasing levels of sophistication and understand the different applications. We're not jumping to say, let's think of this as a substitute for living animals. I think that they have their own place."

Read This Next
Diner Drama
People Furious at Robot Serving Pancakes at Denny's
Killer Robot Update
Uh Oh, They Strapped a Sniper Rifle to a Robot Dog
Mini-Brain in the Cell Membrane
This Startup's Computer Chips Are Powered by Human Neurons
Bleep Bloop
Scientists Build "First Living Robots" From Frog Stem Cells
Brands We Love
This LEGO Robot Is the Fun Way to Teach Your Kids About Coding and STEM
More on Robots & Machines
From the Dept. of...
Yesterday on futurism
The Best Wireless Mouse of 2023
Balloon Boy
Monday on the byte
Other Chinese Balloons Apparently Flew Over America, But Nobody Noticed Them
From the Dept. of...
Monday on futurism
The Best Earbuds Under $50 in 2023
READ MORE STORIES ABOUT / Robots & Machines
Keep up.
Subscribe to our daily newsletter to keep in touch with the subjects shaping our future.
+Social+Newsletter
TopicsAbout UsContact Us
Copyright ©, Camden Media Inc All Rights Reserved. See our User Agreement, Privacy Policy and Data Use Policy. The material on this site may not be reproduced, distributed, transmitted, cached or otherwise used, except with prior written permission of Futurism. Articles may contain affiliate links which enable us to share in the revenue of any purchases made.
Fonts by Typekit and Monotype.