New Flexible, Lightweight Device Lets You Transform Anything Into a Speaker

Welcome to the next generation of audio tech. 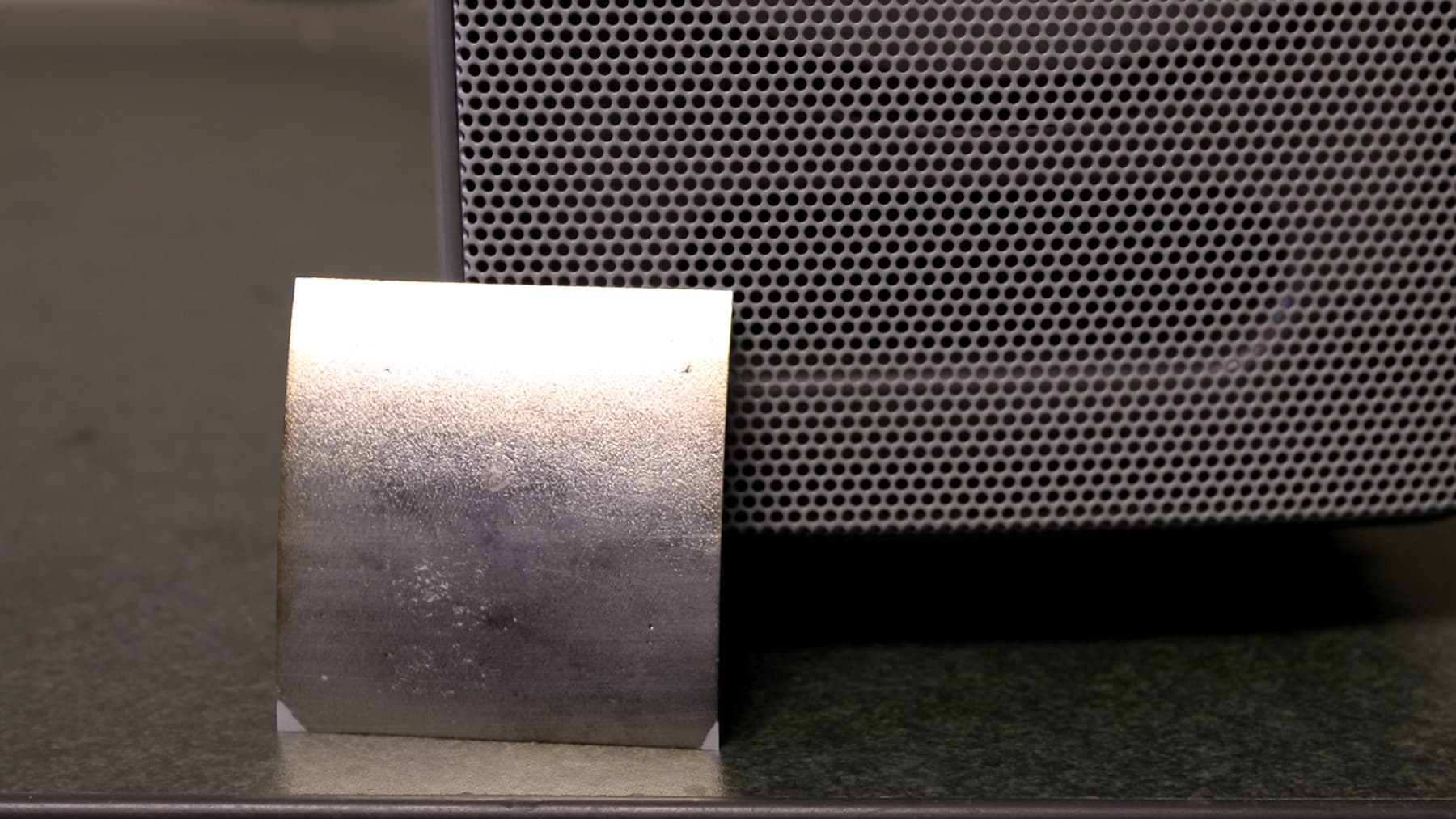 Speakers can be bulky, especially the more powerful ones. So, what if it were possible to enjoy your favorite sounds, say in an event or a party, without the hassle of setting up such massive devices? It could be, with a new device developed by scientists from the Michigan State University (MSU), which they're calling a ferroelectret nanogenerator, or FENG for short.

Now, in a study published in the journal Nature Communications, the researchers showed how FENG could also work as a microphone and as a loudspeaker.

A Flag With Sounds

Eager to determine just how well FENG could convert sound to electrical energy and vice-versa, Sepulveda's team conducted two tests. For its loudspeaker effect, they embedded FENG into an MSU Spartan flag. They patched it to an amplifier connected to an iPad to play music. "The flag itself became the loudspeaker," Sepulveda said. "So we could use it in the future by taking traditional speakers, which are big, bulky and use a lot of power, and replacing them with this very flexible, thin, small device." As a microphone, the FENG fabric can be turned into a security patch that utilizes voice recognition to access a computer.

The potential uses for FENG aren't limited to security patches and loudspeakers, or to voice-activated newspapers. The technology could also be used to develop noise-cancelling sheets and voice-protected health-monitoring wearables said Wei Li, lead author of the study. "Many people are focusing on the sight and touch aspects of flexible electronics," he explained, "but we're also focusing on the speaking and listening aspects of the technology."

Indeed, FENG could be the foundation for next-generation audio devices and so much more. It could eventually help to create foldable loudspeakers, voice-activated security patches for computers, and even talking newspapers. It could also help to make smartphones thinner than ever, by incorporating the speakers and mic into the screen itself.

Read This Next
Futurism
Inkjet-Printed Graphene Could Pave the Way for Tomorrow's Washable Wearables
Futurism
Magnetically-Controlled Organic Microbots Could Change Medicine in the Next Decade
Futurism
Researchers Use 3D Printing to Turn Microscopic Machines Into Powerful Workers
Futurism
Your Skin Heals Itself. Soon, Robots' Skin Will, Too.
Futurism
In a Post-Silicon Era, is DNA Computing the Answer?
More on Robots & Machines
From the Dept. of...
Yesterday on futurism
The Best Mini Fridges of 2023
Blow Up Doll
Monday on the byte
Ukraine Accuses Russia of Using Inflatable "Dummy Tanks," Which Deflated
From the Dept. of...
Monday on futurism
The Best UPS Battery Backups of 2023
READ MORE STORIES ABOUT / Robots & Machines
Keep up.
Subscribe to our daily newsletter to keep in touch with the subjects shaping our future.
+Social+Newsletter
TopicsAbout UsContact Us
Copyright ©, Camden Media Inc All Rights Reserved. See our User Agreement, Privacy Policy and Data Use Policy. The material on this site may not be reproduced, distributed, transmitted, cached or otherwise used, except with prior written permission of Futurism. Articles may contain affiliate links which enable us to share in the revenue of any purchases made.
Fonts by Typekit and Monotype.