They have origami skeletons and are surprisingly strong. 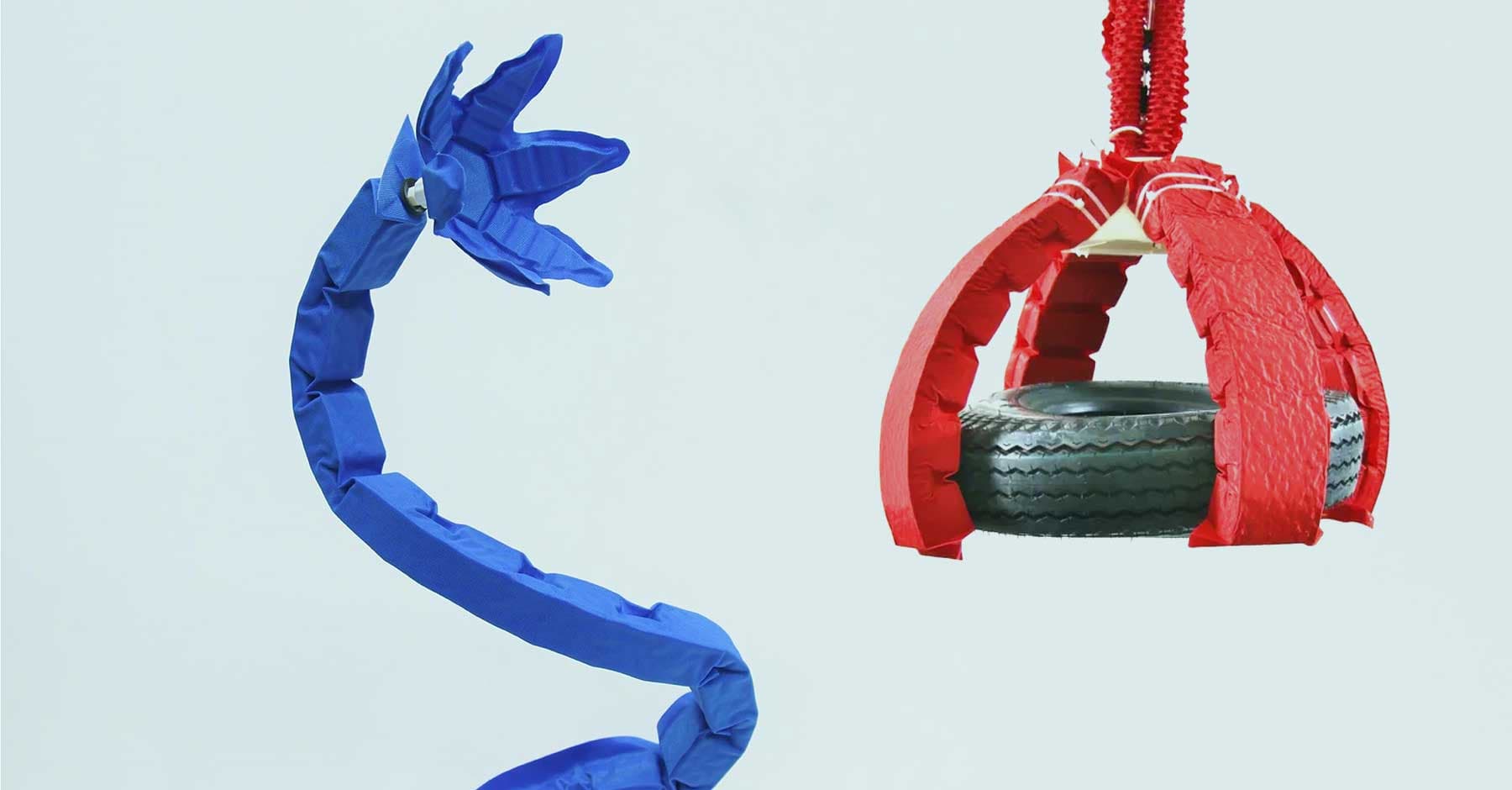 Humans have soft muscles and rigid skeletons, and when exerted in optimal sync they have the potential to lift a fairly impressive amount of weight. But a new technique, created by humans, that uses soft muscles and rigid skeletons allows a device to lift 1,000 times its own weight. This is a major development because, while soft robotics have exhibited promise with dexterity and human-like motion, they have typically lacked sufficient strength.

In a new paper published in the journal PNAS, scientists from MIT CSAIL and Harvard’s Wyss Institute show how soft robotics can retain immense strength with the help of rigid origami skeletons. Professor Daniela Rus, CSAIL director and lead author of the paper, said in an interview with The Verge, "Soft robots have so much potential, but up until now, one of the limitations has been payloads. [They’re] very safe, very gentle, but not good for lifting heavy objects. This new approach allows us to make strong and soft robots.”

Obviously, this technology could be used within warehouses and the manual labor sector where the ability to lift heavy objects with an increased dexterity are a must. But robotics with applications in this field of labor consequently have many other applications in a variety of other fields. Currently, scientists are exploring the use of soft robotics in fields ranging from marine research to the creation of autonomous, soft robots. This wide range of applications will only continue to grow as the technology advances, and this new research will allow the tech to be pushed further than ever before.

Decades ago, people envisioned a future in which robots ruled, completing superhuman tasks with chrome exteriors. And recently, soft robotics changed that notion, only held back by their lack of strength. This bold foray into strong, soft robotics could truly allow for the next phase of robotics to ensue.

Read This Next
Diner Drama
People Furious at Robot Serving Pancakes at Denny's
Robot Violence
YouTube Accidentally Removed Robot Battle Videos for "Animal Cruelty"
Buzz Off
Tiny Spies: This Insect-Like Flying Robot is Smaller Than a Penny
Automating Gym Class
Toyota's Basketball Robot Can Nail Three-Pointers
Guardian Exoskeleton
The U.S. Military is Buying a Brutal-Looking Powered Exoskeleton
More on Robots & Machines
FROM THE DEPT. OF...
Tuesday on futurism
The Best Smart TVs in 2022
FROM THE DEPT. OF...
Dec 1 on futurism
The Best Wired Earbuds in 2022
FROM THE DEPT. OF...
Dec 1 on futurism
The Best Gifts For Gamers in 2022
READ MORE STORIES ABOUT / Robots & Machines
Keep up.
Subscribe to our daily newsletter to keep in touch with the subjects shaping our future.
+Social+Newsletter
TopicsAbout UsContact Us
Copyright ©, Camden Media Inc All Rights Reserved. See our User Agreement, Privacy Policy and Data Use Policy. The material on this site may not be reproduced, distributed, transmitted, cached or otherwise used, except with prior written permission of Futurism. Articles may contain affiliate links which enable us to share in the revenue of any purchases made.
Fonts by Typekit and Monotype.