An AT&T Drone Is Connecting Puerto Ricans to Wireless Service

"This is the first time an LTE cell site on a drone has been successfully deployed to connect residents after a disaster." 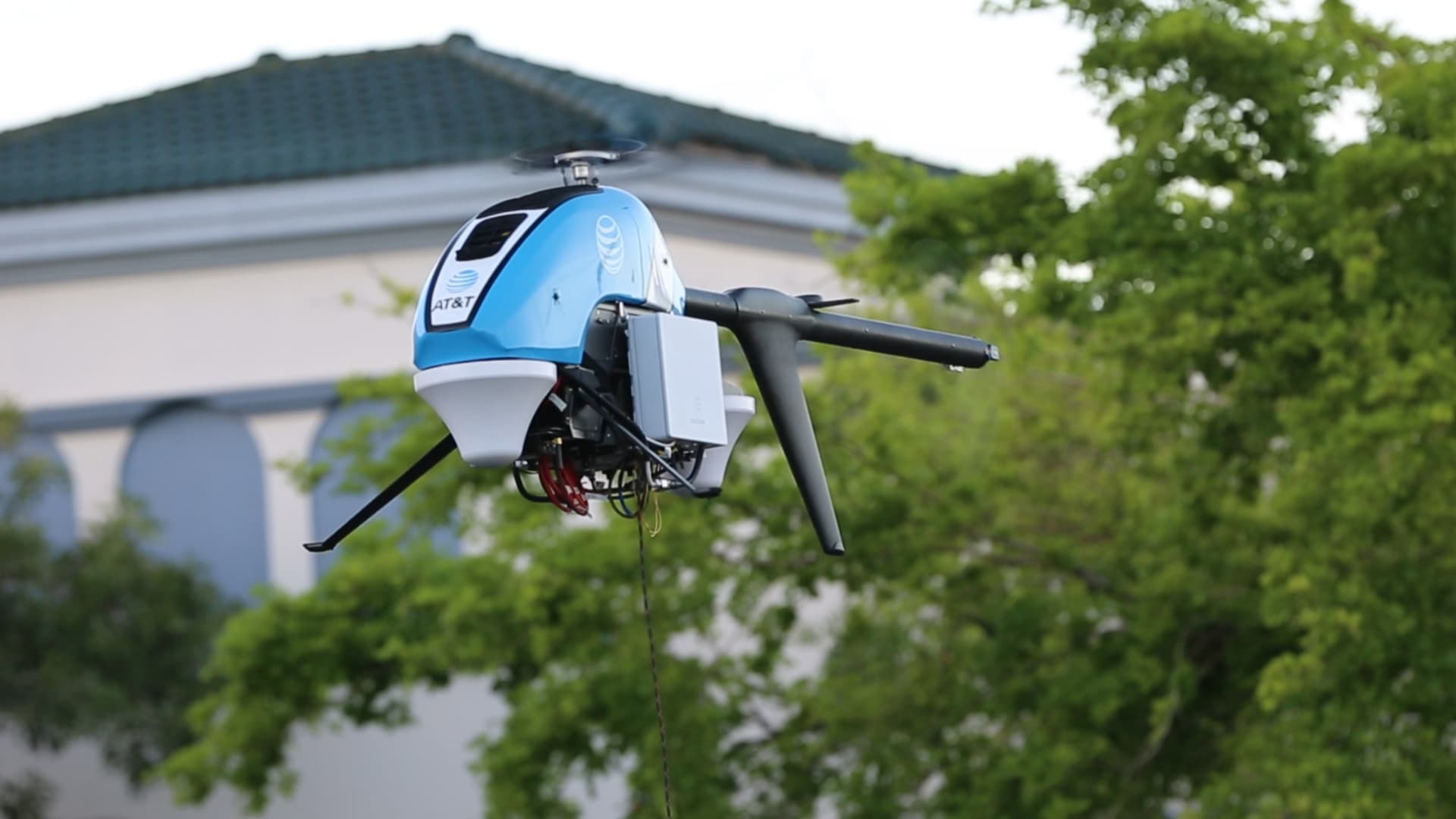 Service on the Fly

As of November 6, 47.8 percent of cell sites in Puerto Rico remained without connection, in the aftermath of late September's Hurricane Maria. Cellular company AT&T is fighting to reconnect the more than 30 percent of Puerto Ricans without service by sending an LTE-equipped drone, known as the Flying COW (Cell on Wings), to the San Juan area.

According to Ars Technica, the drone hovers about 200 feet above the ground and provides wireless connectivity to an area of up to 40 square miles. In a statement on November 7, AT&T said that the drone "can extend coverage farther than other temporary cell sites," making it well-suited to connecting remote areas.

"As we work to permanently restore our network, this experimental technology is providing data, voice, and text services to customers," AT&T said in the announcement. "This is the first time an LTE cell site on a drone has been successfully deployed to connect residents after a disaster."

The company told Ars Technica that one Flying COW could provide simultaneous service to up to 8,000 people, depending on the equipment used and the strength of the network. While the Flying COW is currently flying solo, AT&T stated that they are testing more drones to add to the cellular fleet.

With drones becoming more affordable, durable, and reliable, AT&T isn't the only company testing them for temporary cell service. Sprint has reportedly adapted its Magic Box signal-booster to provide drone-based coverage for an area of 10 square miles, aimed at increasing network connections during special events. Verizon is testing out drones to provide cellular service during emergencies, as well as connecting victims and first responders. A tech company called Fenix wants to use cellular drones in the military, primarily to help provide soldiers with connectivity after local infrastructure has been taken out.

However, AT&T's Flying COW is the first urgent deployment, complementing several projects the company has launched to re-connect Puerto Rico. For the time being, it's also connected portable satellite connections to cell towers until fiber-optic connections can be restored. They're also collaborating with Alphabet to provide cell service by way of balloon.

For now, AT&T says that until further drones are put in the air, the Flying COW will be relocated "to support additional areas, including the military hospital at Manati Coliseum."

Read This Next
Futurism
AT&T's New Tech Aims to Deliver Wifi to the World Through Existing Power Lines
More on Robots & Machines
From the Dept. of...
12:00 AM on futurism
The Best Desks of 2023
Balloon Pop
Feb 4 on the byte
Footage Shows Chinese Balloon Being Shot Down
From the Dept. of...
Feb 2 on futurism
The Best Mini Fridges of 2023
READ MORE STORIES ABOUT / Robots & Machines
Keep up.
Subscribe to our daily newsletter to keep in touch with the subjects shaping our future.
+Social+Newsletter
TopicsAbout UsContact Us
Copyright ©, Camden Media Inc All Rights Reserved. See our User Agreement, Privacy Policy and Data Use Policy. The material on this site may not be reproduced, distributed, transmitted, cached or otherwise used, except with prior written permission of Futurism. Articles may contain affiliate links which enable us to share in the revenue of any purchases made.
Fonts by Typekit and Monotype.