The Most Mind-Blowing Space Stories of the 2010s

The last decade, more than nearly all before, changed our understanding of the cosmos, and ability to reach them. This was how it happened. 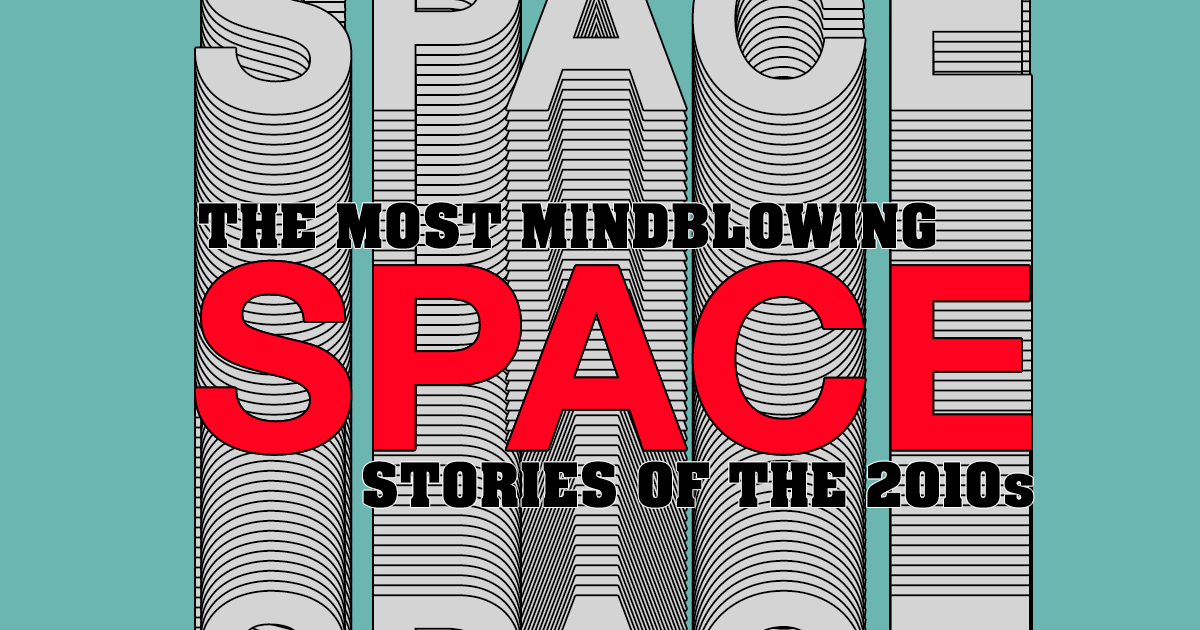 NOT SINCE THE APOLLO ERA has a single decade been witness to more progress in finding answers for moving humanity towards the deepest reaches of the cosmos — until this one.

Companies are using their own rockets to try to send payloads — human and non-human — beyond the stratosphere and toward the stars. The use of technological advances elsewhere on terra firma has resulted in new comprehensions of some of space's greatest mysteries. We were illuminated, elucidated, shocked, and filled with wonder. And despite all the answers we received, we now have more questions — maybe, in fact, more than ever. This decade was different; the dawn of a new era for Earth, our understanding of what's beyond the furthest point we can perceive, and the recalibration of our abilities and ambitions to one day reach it.

These are The Most Mind-Blowing Space Stories of the 2010s.

We celebrated heroes, of man and machine.

We looked to the horizon.

Read This Next
Shoo
Scientists Warn Giant Asteroid Is Actually Swarm, Nearly Impossible to Destroy
What Does It All Mean?
The Second Alien Probe We Detect May Be Particularly Bizarre, Scientist Says
A Sip of Opal
NASA Discovers Precious Gemstones on Mars
And He Scores
We Are Completely Puzzled by This Video of a Chinese Astronaut Playing Ping-Pong in Space
Moon Wrestling
The Head of NASA Is Scared Chinese Astronauts Will Seize Portions of the Moon
More on Off World
Gl1tc4
2:44 PM on the byte
NASA Says Another James Webb Instrument Has Suffered a Glitch
comet Spotting
2:06 PM on the byte
Behold! Dazzling Green Comet Approaches
Drama Bomb
Wednesday on the byte
European Space Agency Halts Plans to Send Astronauts to Chinese Space Station
READ MORE STORIES ABOUT / Off World
Keep up.
Subscribe to our daily newsletter to keep in touch with the subjects shaping our future.
+Social+Newsletter
TopicsAbout UsContact Us
Copyright ©, Camden Media Inc All Rights Reserved. See our User Agreement, Privacy Policy and Data Use Policy. The material on this site may not be reproduced, distributed, transmitted, cached or otherwise used, except with prior written permission of Futurism. Articles may contain affiliate links which enable us to share in the revenue of any purchases made.
Fonts by Typekit and Monotype.