Did Virgin Galactic's Spaceplane Reach Space? Depends Who You Ask

There's no one line where space begins. 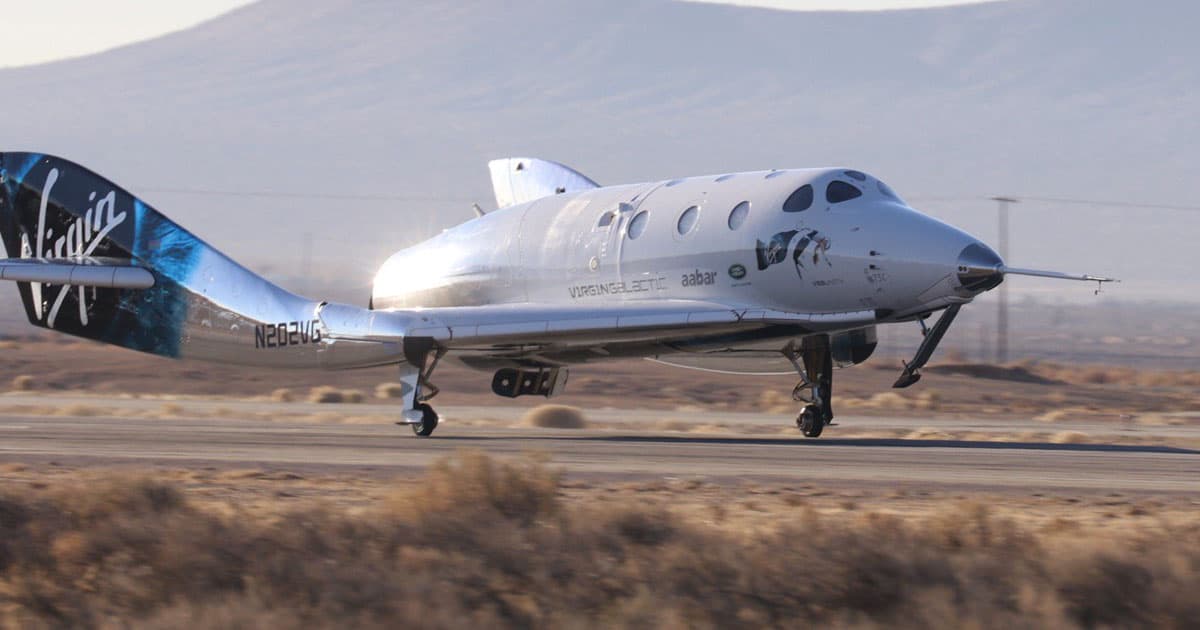 Virgin Galactic just achieved a major milestone. But did it really make it all the way to outer space? That depends on who you ask.

It burned its hybrid rocket engine for a full minute to get there, after it was released from the WhiteKnightTwo mothership at 50,000 feet.

Is that really space? It depends who you ask. NASA and Air Force astronauts officially become "astronauts" when they reach an altitude of 50 miles (80 km). But the most widely agreed upon definition is the so-called Karman line — 100 km or 62 miles, although those numbers might be shifting slightly as well.

After all, the SpaceShipTwo is a suborbital spaceplane — a long shot from orbital flight, which is a whole lot further. To keep up free falling around the Earth in orbit, you'd have to get to above 100 km, which is roughly the Karman line.

And the requirements of getting to either point are actually staggeringly different: orbital flight requires an energy budget that's 32 times that of suborbital flight, according to the Scientific American.

That's not to play down Virgin Galactic's achievement. It's perhaps the highest any horizontal take-off spaceplane ever flown, and Richard Branson's space tourism company should be applauded for that.

Besides, Virgin Galactic is planning to fly even higher than that. The company's 2012 plans suggest the SpaceShipTwo spacecraft was supposed to reach a high point of 68 miles (110 km) — well above the Karman line. Futurism has reached out to clarify the venture's future plans for the VSS Unity.

So is this all just pedantry? I'll leave that up to you. But if I were about to spend $250,000 on a Virgin Galactic ticket to space, I'd sure as hell want to go to "space." I'm holding on to my cash until I can buy a night at a space hotel.

More on the VSS Unity: Virgin Galactic Is Going to Space. Depending on Your Definition of Space.

Read This Next
From Our Partners
LifeShip Puts The DNA Of Somebody You Love On The Moon
Futurism
DARPA Moving Forward With Development of XS-1 Spaceplane
More on Sci-Fi Visions
FROM THE DEPT. OF...
Yesterday on futurism
Early 4th of July 2022 Deals You Can Get Right Now
Plastic Press
Monday on the byte
Kenyan Engineer Invents Method to Turn Waste Plastic Into Sturdy Construction Bricks
FROM THE DEPT. OF...
Jun 26 on futurism
Best Tablets for Note-Taking in 2022
READ MORE STORIES ABOUT / Sci-Fi Visions
Keep up.
Subscribe to our daily newsletter to keep in touch with the subjects shaping our future.
+Social+Newsletter
TopicsAbout UsContact Us
Copyright ©, Camden Media Inc All Rights Reserved. See our User Agreement, Privacy Policy and Data Use Policy. The material on this site may not be reproduced, distributed, transmitted, cached or otherwise used, except with prior written permission of Futurism. Fonts by Typekit and Monotype.